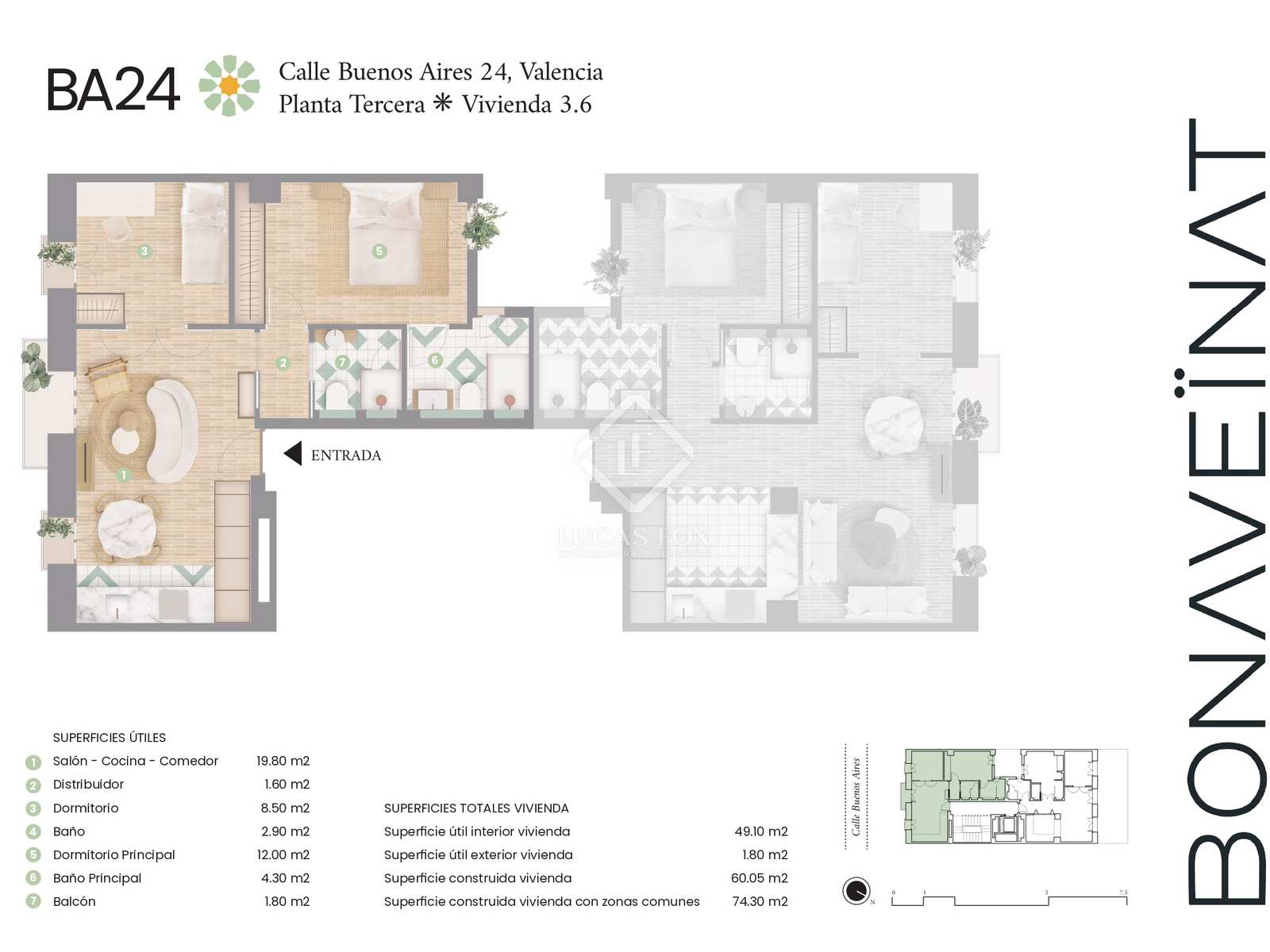 Bright new-build 2-bedroom apartment for sale in a development with a communal terrace in Ruzafa, Valencia.

The development presents these homes with features such as solid brick walls and high ceilings with wooden beams and brick stumps, all structurally reinforced and acoustically and thermally improved, to adapt to the standards of the 21st century.

This property is located on the third floor and is very sunny, thanks to its southerly aspect. Enjoy high ceilings with sloped deck. As for its layout, it presents the day area made up of the living room with an open kitchen, with access to an outside balcony, as well as the night area with 2 bedrooms, including the master bedroom with a private bathroom, and an additional bathroom.