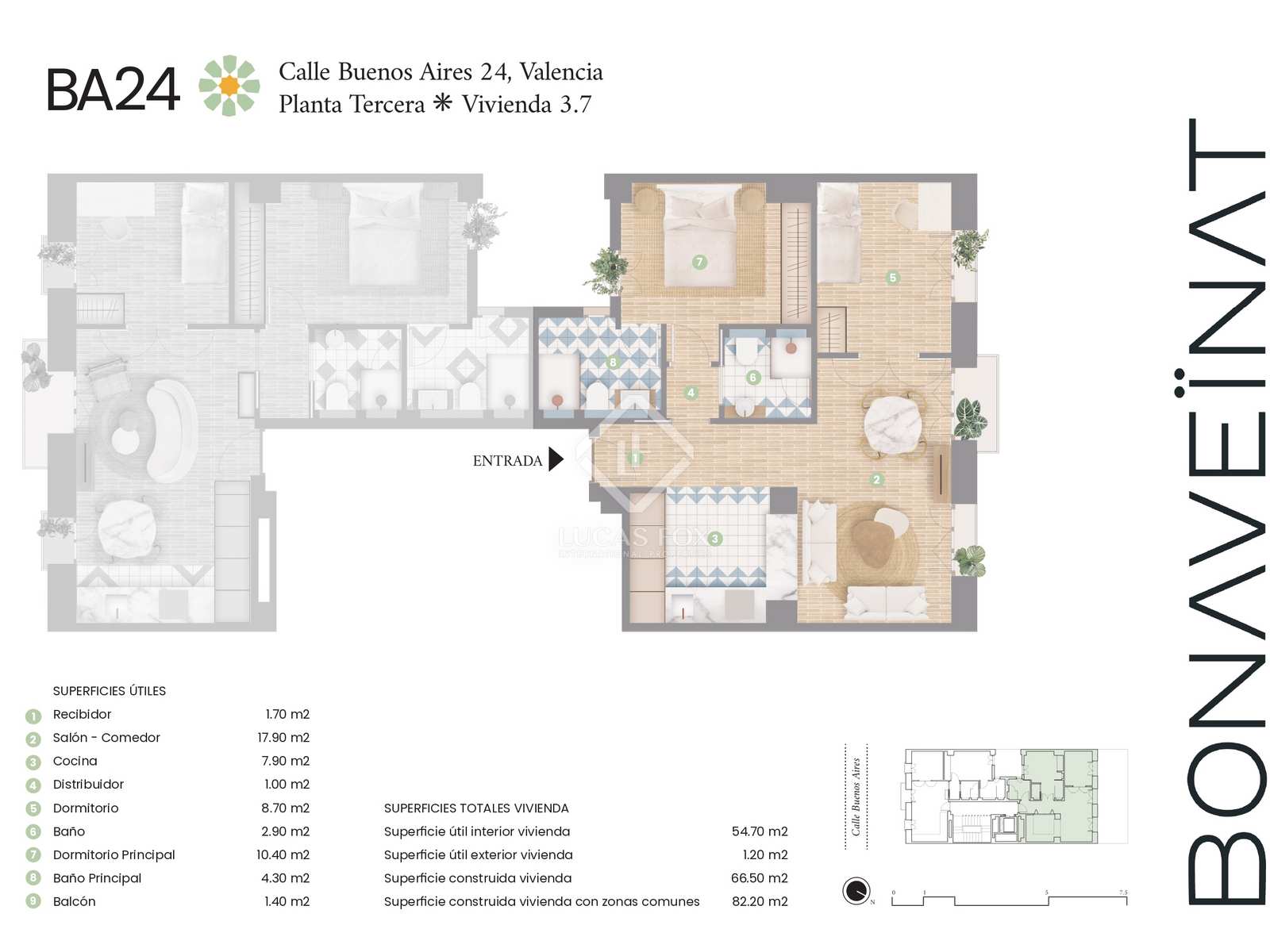 Nice new-build 2-bedroom apartment with a balcony for sale in Ruzafa, Valencia.

The promotion presents these homes with features such as solid brick walls and high ceilings with wooden beams and brick stumps, all structurally reinforced and acoustically and thermally improved, to adapt to the qualities of the 21st century.

This house is located on the third floor and enjoys high ceilings with a sloping roof. As for its distribution, it presents the day area made up of the living room with an open kitchen, with access to a balcony, as well as the night area with two bedrooms, including the master bedroom with a private bathroom, and an additional bathroom.

The apartment presents the best qualities. We can highlight the parquet floors in the main rooms and hydraulic tile in the wet areas, intercom or built-in wardrobes, among others. Furthermore, as mentioned above, sustainability and energy saving is a key element of the promotion. To achieve this, the house has wooden carpentry with low-emissivity double glazing and acoustic insulation with an air chamber and an aerothermal system for the production of domestic hot water and to feed the hot/cold air conditioning system through ducts. Thus, a class B energy efficiency rating is achieved. Finally, the kitchens and bathrooms have the best facilities, such as Balay appliances, Ritmonio taps or Nic Design sanitary equipment.

The building offers a communal roof terrace for the enjoyment of all residents. The design of this terrace includes an area for grooming pets, with a pet shower, an area for gardening and planting vegetables, and a recreation area with a platform. Likewise, a parking area for bicycles is planned in the building.

The house will be finished by the end of 2023. We recommend that you get in touch for more information.