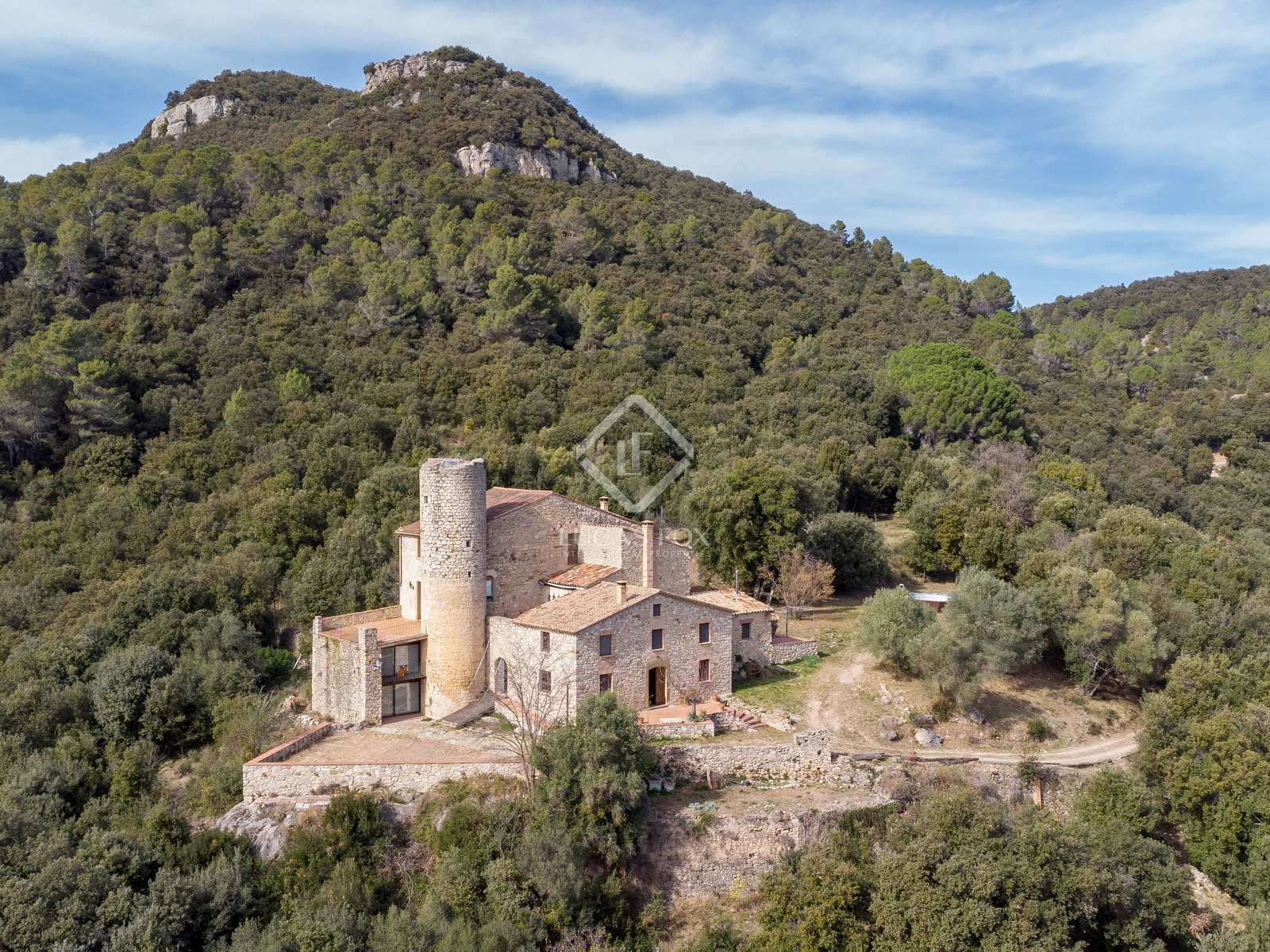 Romanesque castle from the 10th century for sale in La Selva, Girona

Spectacular 10th-century Romanesque castle with unbeatable views of the Guilleries for sale in La Selva, Girona.

Old Romanesque castle with a tower from the 10th century (949), renovated in the 15th and 19th centuries. It is located between La Garrotxa and La Selva, 25 minutes from Olot and Girona. Due to its strategic location, this exclusive property enjoys impressive views of les Guilleries.

The property consists of an isolated building made up of two adjoining housing structures and a circular tower. The facades are clad with exposed stone and the roofs, from double slope to sides. The stones of the facade are medium and irregular, but those of the corner chains are large and well squared.

It is a tall medieval building, consisting of a circular tower and a rectangular room of great architectural quality, which had a defensive function and a series of structures are preserved today integrated into the main walls of the house. Attached buildings were added to this original building in the 16th and 19th centuries.

From the house there is excellent visibility of the entire plain, which proves its historical function of territorial surveillance.

A historic property, unique in the area.

Located on top of a hill, it is 26km from Girona city and 60km from the main beaches of the Costa Brava. The closest airport is Girona, located 20km away, and Barcelona-El Prat airport, 129km away.