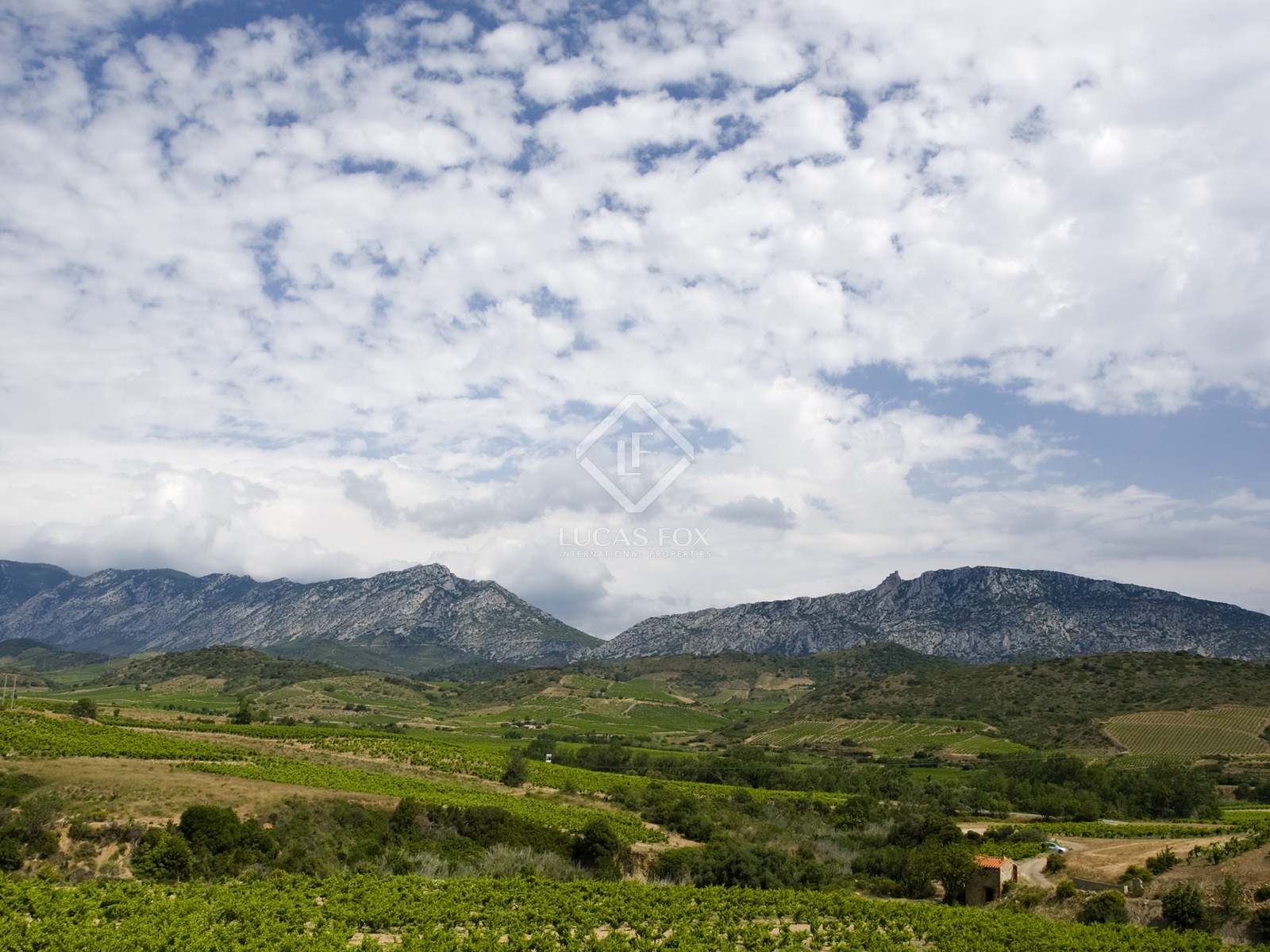 Excellent winery and vineyards for sale in Priorat, Tarragona

The Priorat is one of the oldest winegrowing regions in Spain. Wine has been made here for more than eight centuries. It is located in a mountainous area in the province of Tarragona in North-eastern Spain, with steep slopes overlooking the Siurana and Montsant river valleys.

Four decades ago, a report on agricultural activity in the region, published by the UN’s Food and Agriculture Organization (FAO), concluded that the Priorat had all the necessary attributes to make one of the best wines in the world.

One of these attributes was its exceptional and characteristic soil: a superficial top layer over a substrate of slate – Llicorella – in which the vines cast their long roots into the steep slopes of the mountainside. The vineyards start at around 300 metres and climb up to 600 metres with slopes of between 15% and 20%, interrupted by small sinuous terraces which have become a hallmark of the region.

Another characteristic attribute of the area is its climate. Warmed by southerly winds and offset by the cold winds of the north, the Priorat’s unique climatology makes for long, hot summers and dry, cold winters.

Similar properties for sale in Priorat