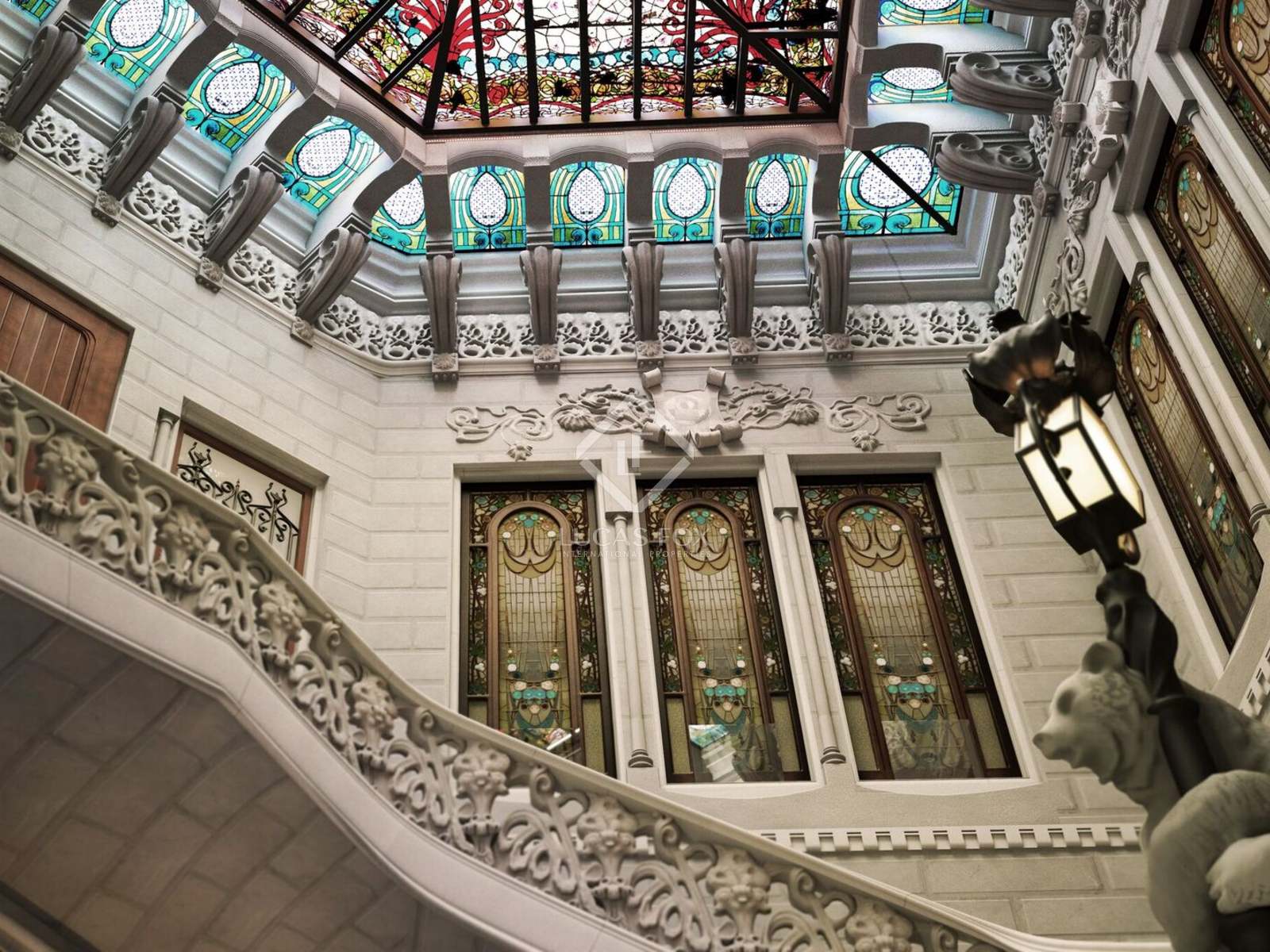 A Modernist masterpiece with brand new properties for sale in the heart of Barcelona.

Barcelona was at the forefront of the Modernist movement in the late 19th Century and is famed and admired around the world for its Modernist architecture. Over the years the city's most iconic buildings in its Eixample district have been converted into world-class museums, exclusive hotels and the headquarters of some of the world's leading organizations.

All except one. Casa Burés offers you the possibility of living in one of the world's most impressive and best preserved Modernist buildings. A once in a lifetime opportunity.

Only here, and only now.

Only very rarely do the most unique and exclusive elements come together to produce something that is truly one-of-a-kind. Offering 26 exquisitely refurbished apartments comprising lofts, penthouses and apartments with an array of on-demand high-end services and luxurious communal areas, there has never been an opportunity like this in Barcelona before and there will never be again.

One-of-a kind for over one hundred years: Constructed between 1900 and 1905, Casa Burés takes its name from its first owner, Francesc Burés, owner of one of Spain's most successful textile companies. Originally, the ground floor housed the company's headquarters while the 1000m² first floor was Burés' family home. The upper floors – which were accessed by one of the first lifts to be installed in Barcelona – then comprised twelve 300m² rental apartments. The building's façade at the junction of Carrer Ausiàs March and Carrer Girona is just as imposing today as when it was first built. It is inside, however, where Casa Burés' greatest treasures are to be found.

Modernist values: The renovation of Casa Burés not only preserves the building's structure and its listed decorative elements, but also maintains all the advantages of its Modernist architecture: light, space, habitability, high-quality materials and maximum comfort.

Preservation of the past: Every door, window, ceiling, floor, sculpture and pane of stained glass has been painstakingly studied by experts in Catalonia's Modernist heritage. The most valuable elements were restored by specialist craftsmen, while others were replaced by identical pieces adapted to suit today's purposes or given a new lease of life as decorative features. For example, sliding doors that previously divided rooms now partition the separate areas for daytime and night-time activities. And the exquisite wallpaper patterns that once adorned the walls of the bedrooms inspired the design of the new ground-glass screens that have taken their place.

Nothing has been forgotten.

Units in this development

This development only has a few remaining unsold units.

Our experienced sales agents are on hand to help you find out more about this exciting development.