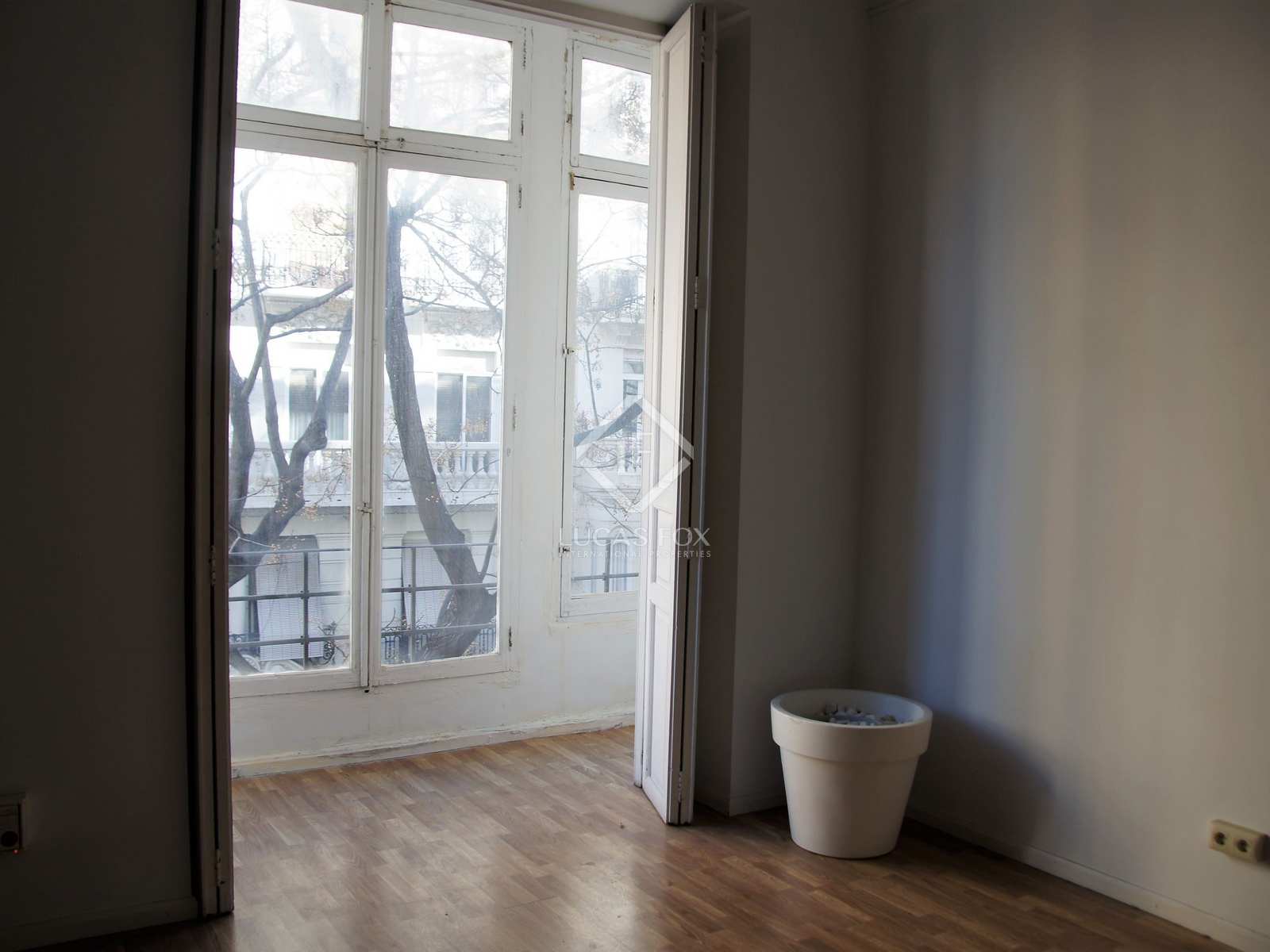 Property to rent with several bedrooms and 2 bathrooms in a stately building next to Gran Vía Marqués del Turia, Valencia.

The high ceilings, the elegant architectural features and the stately building itself are already good examples of the wonderful features of this apartment of 150 m², with several rooms and 2 bathrooms, located in Valenica's Eixample district.

Until now, the property has always been used as an office and has a total of 8 rooms which can serve as a living room, dining room, and the remaining rooms can be used as bedrooms and a study for example.

A large glazed wing with grand windows provides plenty of natural light to the property, which is all exterior facing with an east-west orientation, wooden flooring and air conditioning. The property owner offers a rent-free period of a few months in exchange for installing the kitchen.

A great opportunity to live in a magnificent apartment only available for long-term rental on one of Valencia's best streets.

This exclusive property is located in a stately building on one of the most emblematic streets of Valencia, next to Gran Vía Marqués del Turia, in a peaceful, leafy area, very close to the riverbed.

Restaurants, cafes, shops and services make this an unbeatable neighbourhood to live in. Very well served by public transport and easy access to major avenues in the city

In light of the ongoing COVID-19 crisis and the Spanish Government’s measures to prevent its spread, all Lucas Fox offices in Spain and Andorra will remain closed to the public until further notice.

We are, however, still working from home and are fully committed to providing an ongoing service to you, our valued customers. As such, all Lucas Fox sales agents and administration staff will be available as usual via telephone, email and video conferencing.

We have also launched a new initiative in direct response to the evolving situation: international and local buyers will now be able to request “virtual viewings” whereby agents will provide remote, real-time viewings of our properties via WhatsApp, FaceTime and Skype. This will allow our clients to continue their property search in spite of the current restrictions on movement.

Despite these challenging circumstances - and notwithstanding the obvious limitations - we will endeavour to offer you as comprehensive a service as possible over the coming weeks. We remain confident that real estate will be one of, if not the most, resilient asset classes in these uncertain times.