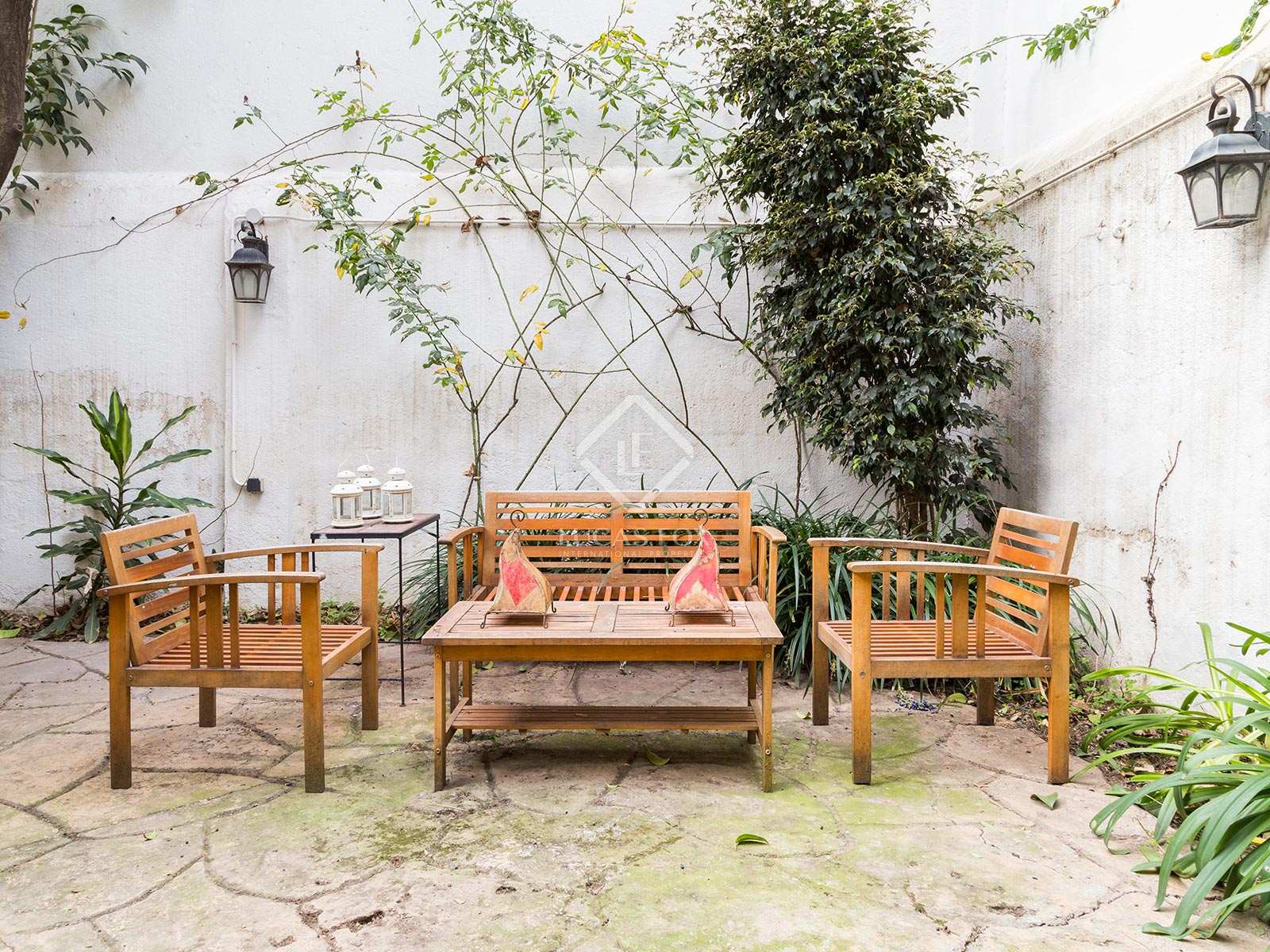 Excellent 2-bedroom apartment with a 24 m² garden for rent in Eixample Izquierdo, Barcelona

Spacious, beautifully finished apartment with a small garden for rent in the Eixample.

This unique apartment in the popular and central Eixample district, enjoys plenty of natural light and still has some of the original period features.

It has 2 double bedrooms which are exterior facing, a bathroom with a bathtub, a guest toilet and separate living and dining areas. A set of stairs in the apartment lead us down to a charming garden. The property has an equipped kitchen and air conditioning units.

The Eixample was designed in a systematic grid system, stretching from Plaça Catalunya and the top of Ciutat Vella, through the pastures and countryside to the neighbouring villages of Sarrià-Sant Gervasi and Gracia in the late 1860s when Barcelona was looking to extend the city beyond the original walls of the old town. This construction coincided with an explosion in local wealth which saw several local families commissioning grand buildings from leading Modernista architects, resulting today in the extensive majestic buildings that are scattered throughout the Eixample.

Due to its central location, the Eixample has extremely good public transport connections, not only with the ever-efficient metro, but also the bus system and extensive RENFE services which have connections to the airport and surrounding local stations as well as several major European cities.