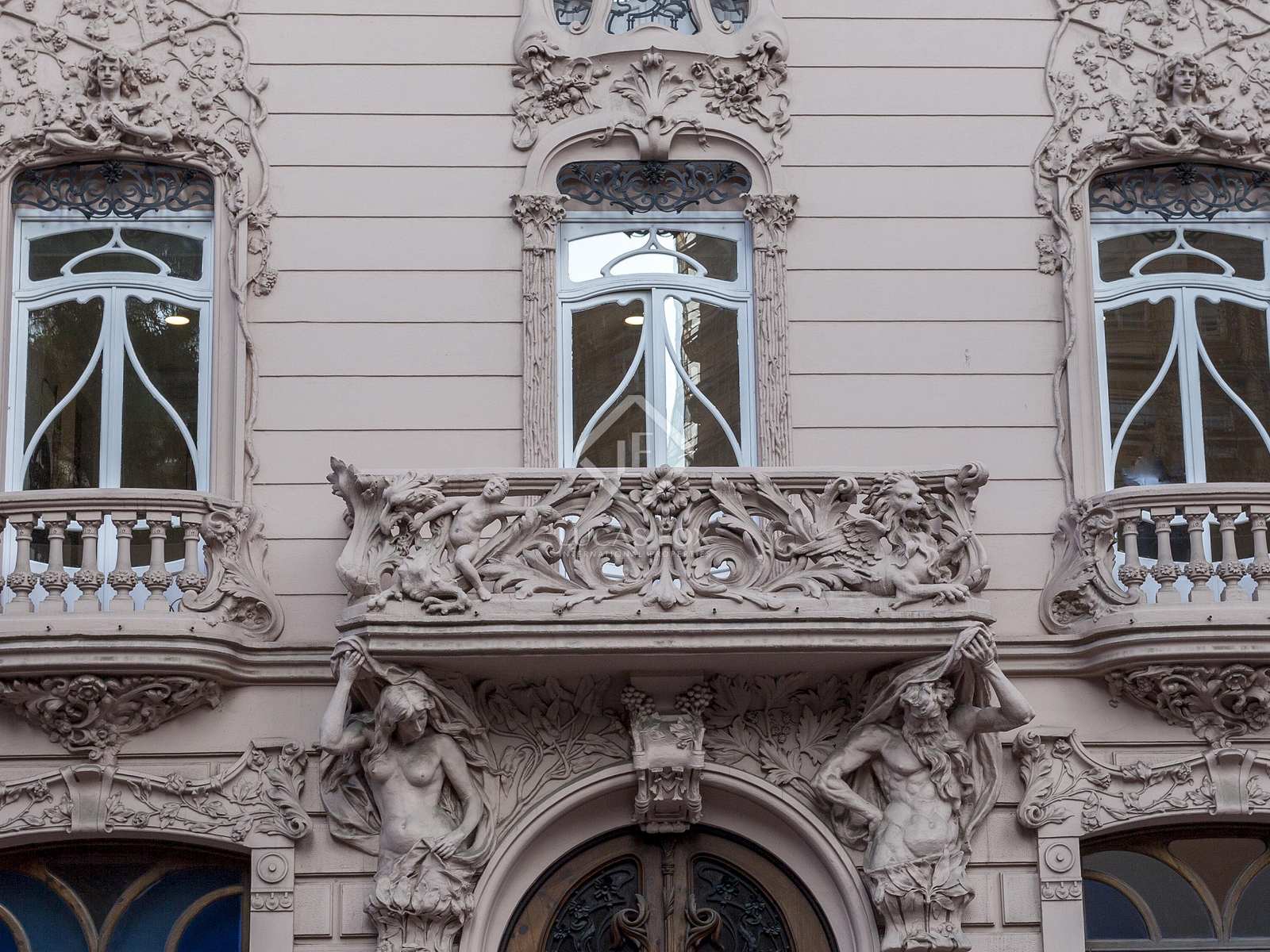 Spacious and functional apartment in a unique and exclusive building from the early 20th century with a bright orientation and views of the wooded Marqués del Turia.

Through the large lobby on the ground floor, we enter this majestic building from the beginning of the 20th century in Pla del Remei, and we go up to the third floor by elevator.

The house is distributed in a very simple and practical way.

The day area occupies the end next to the facade and is designed as a large open-plan room with a living area, dining room, kitchen island and study. Two large windows with modernist details and two balconies with decorative elements from the early 20th century provide a stately character to this large space with high ceilings and contemporary style. Light is another protagonist in the living space, the main rooms flooded with sunlight throughout the day.

The night area consists of three bedrooms, two of them double, spacious and very bright. The en-suite master bedroom benefits from a generously sized bathroom with a bathtub and shower.

The house is completed with a service or laundry room and a complete bathroom that serves the day area and the two secondary bedrooms.

The design of the house has opted to create a large, open and common day room. A sinuous curve houses, accompanies and leads to the other spaces of the house. Thus, the curve houses a bookstore and the bathrooms, and leads to the bedrooms. The gesture of the curve is another of the peculiarities of this contemporary design home, as it helps to give it visual lightness.

The quality of the materials accompanies the uniqueness of the house. A combination of textures and finishes is produced that enrich the rooms to give them a casual touch and in contrast with the stately building.

The building, in perfect condition, has been recently renovated, a process in which the exclusive facade and common elements have been maintained, giving value to its homes with high ceilings, carpentry and incomparable details.

This apartment is located on a top floor of a unique building from the early twentieth century in the tree-lined Gran Vía and next to the avenida Reino de Valencia, in a very residential and central area, with clear views and sunny orientation in El Pla del Remei .

In addition, it is very close to the new commercial centre that leads to the Plaza del Ayuntamiento and the Estación del Norte.