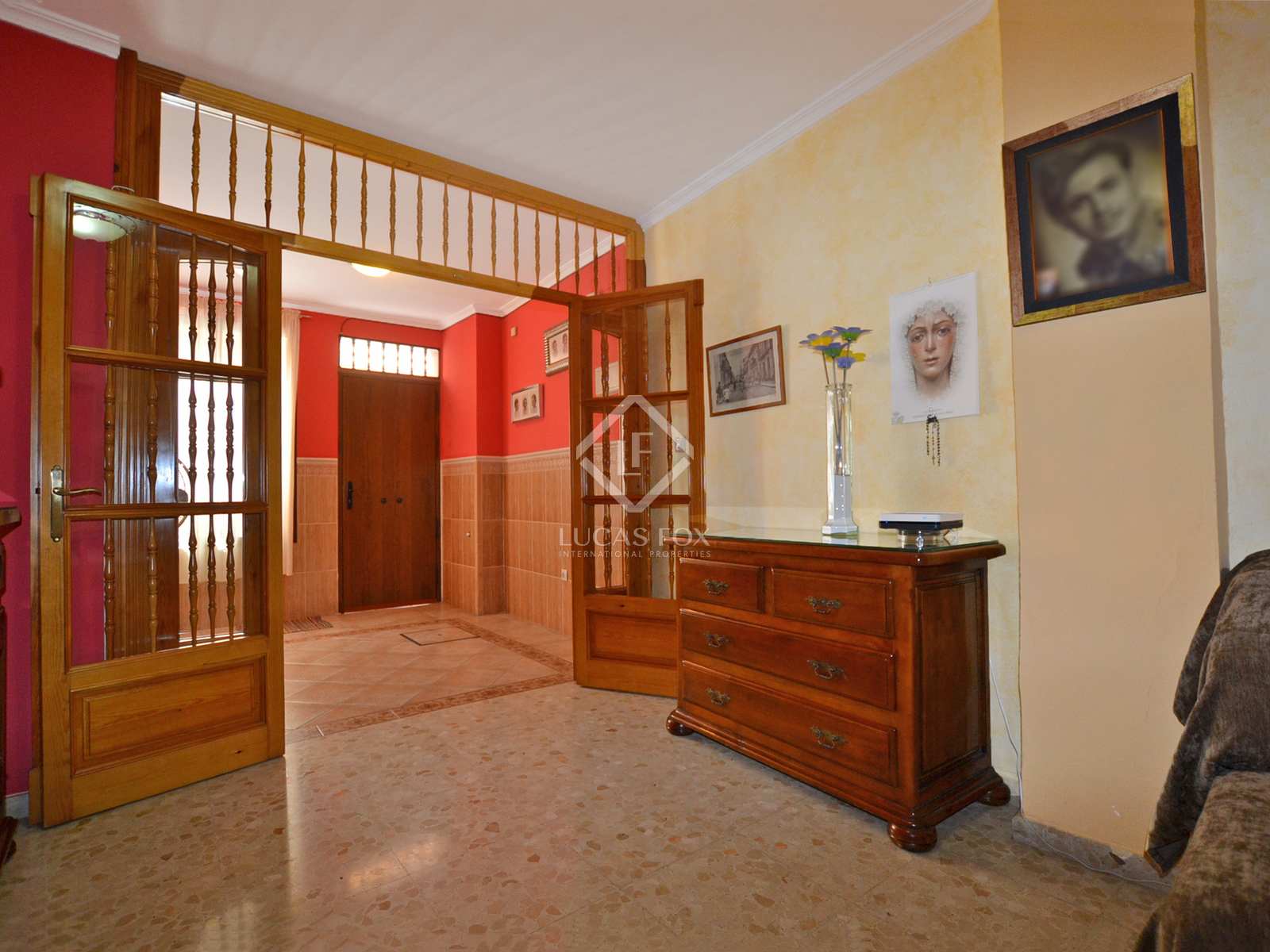 Building for sale, built in 1995, with a plot of 115m² and a total built area of 321m². 3-storey house in one of the main streets of the Triana neighborhood of Seville, for residential or tourist use, with a VFT license.

Three-storey building in one of the main streets of the Triana neighborhood, it has the possibility for both residential or tourist use, since it has a VFT license, making it an ideal property for investors.

It was built in 1995, in a traditional Triana house and is in perfect condition. Built on a 115 m² plot, with a total built area of 321 m² distributed over three floors: ground floor -first and second.

The ground floor has an independent access, with a constructed area of 106 m² and two private interior patios. It can be used for both housing and commercial premises. Currently it is distributed in hall, living room, independent kitchen, 2 patios and 3 bedrooms and a bathroom.

The first floor has a constructed area of 107m². Currently divided into two apartments of 47 m² and 61 m² respectively. Both apartments have 1 bedroom, a separate kitchen, a bathroom and a living area.

Contact the Lucas Fox Seville team for more information or to arrange a visit.

In the heart of the emblematic neighborhood of Triana, where you can enjoy a wide gastronomic and leisure offer, live in a typical Triana environment with all the services to live: hospitals, shops, supermarkets and public and private schools. At the same time, it is very well connected as it has easy access to the SE-30 ring road and public transport such as buses, metro and bike lanes and a 10-minute walk from the centre of Seville and the city's places of cultural interest. .

Similar properties for sale in Sevilla