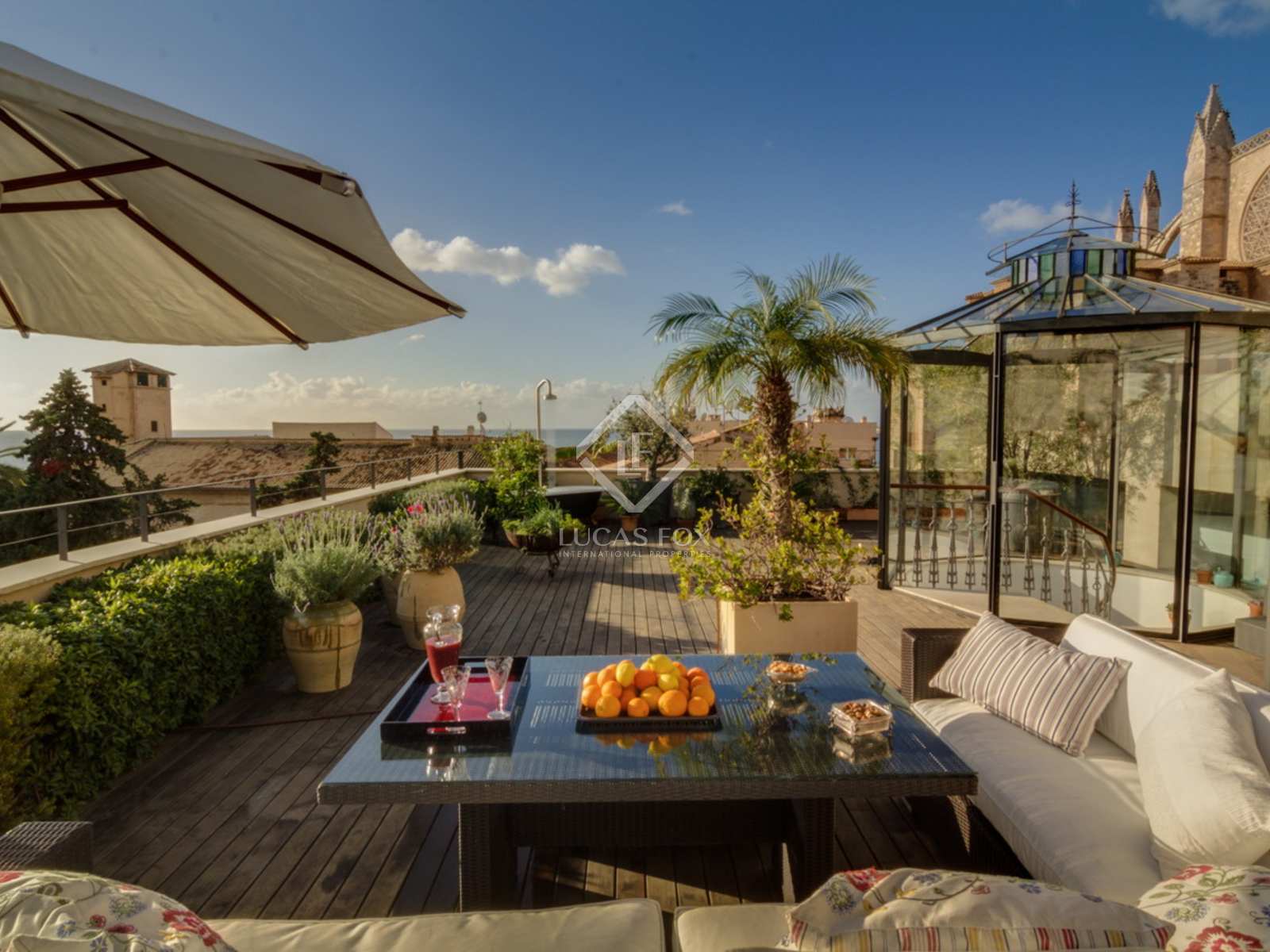 This exceptional townhouse for sale in Palma is situated in a highly desirable location next to the Cathedral in the Old Town. Refurbished to a very high standard, it consists of a basement, ground floor plus three further floors.

There is a lift and the whole building has central heating and air conditioning.

Palma (formerly known as Palma de Mallorca) is the island's only true city and is the capital of the autonomous community of the Balearic Islands. It has a population of approximately 400 thousand and is the 12th largest urban area of Spain. Almost half the population of Mallorca live in Palma. Its airport, Son Sant Joan, serves over 22 million passengers each year and it is where the Spanish Royal Family tend to spend their summer holidays. Palma is a city of modern, hotel chains, and flashy shops, yet still retains much of its original architecture. The Old Town a maze of streets and picturesque squares hinting towards an Arab past. With the exception of a few streets and squares which allow traffic , the streets here are narrow and quiet and boast a diverse range of buildings. The majority of buildings in the Old Town are private houses, some of which are open to the public as discreet museums or galleries. La Seu, its restored cathedral is the city's most prominent attraction. Although construction began in 1229, it was not finished until 1601 and architect Antoni Gaudí was drafted in during a restoration project in 1901. The Parc de la Mar lies just south of the cathedral. The Old Town is also home to the Town Hall and Arab Baths , one of the few remnants of Palma's Moorish past Football is the most important sport on the island, with the majority of fans supporting Real Mallorca with its stadium placed at Palma. The city also holds a number of watersports and cycling tournaments. In recent years Palma has increasingly attracted a cosmopolitan crowd, many of whom are choosing to buy in the city instead of other areas of the island. Some have even labeled Palma the 'new Barcelona', albeit a smaller version. Indeed the city is undergoing a similar transformation as the Catalan capital went through in recent years. New stylish hotels, fashionable shops, restaurants and bars are appearing and the opening of the Es Baluard Art Museum has helped assert the city as a cultural capital.

In accordance with government guidelines, Lucas Fox Property Lounges are now open. We are also carrying out some viewings to our listed properties.