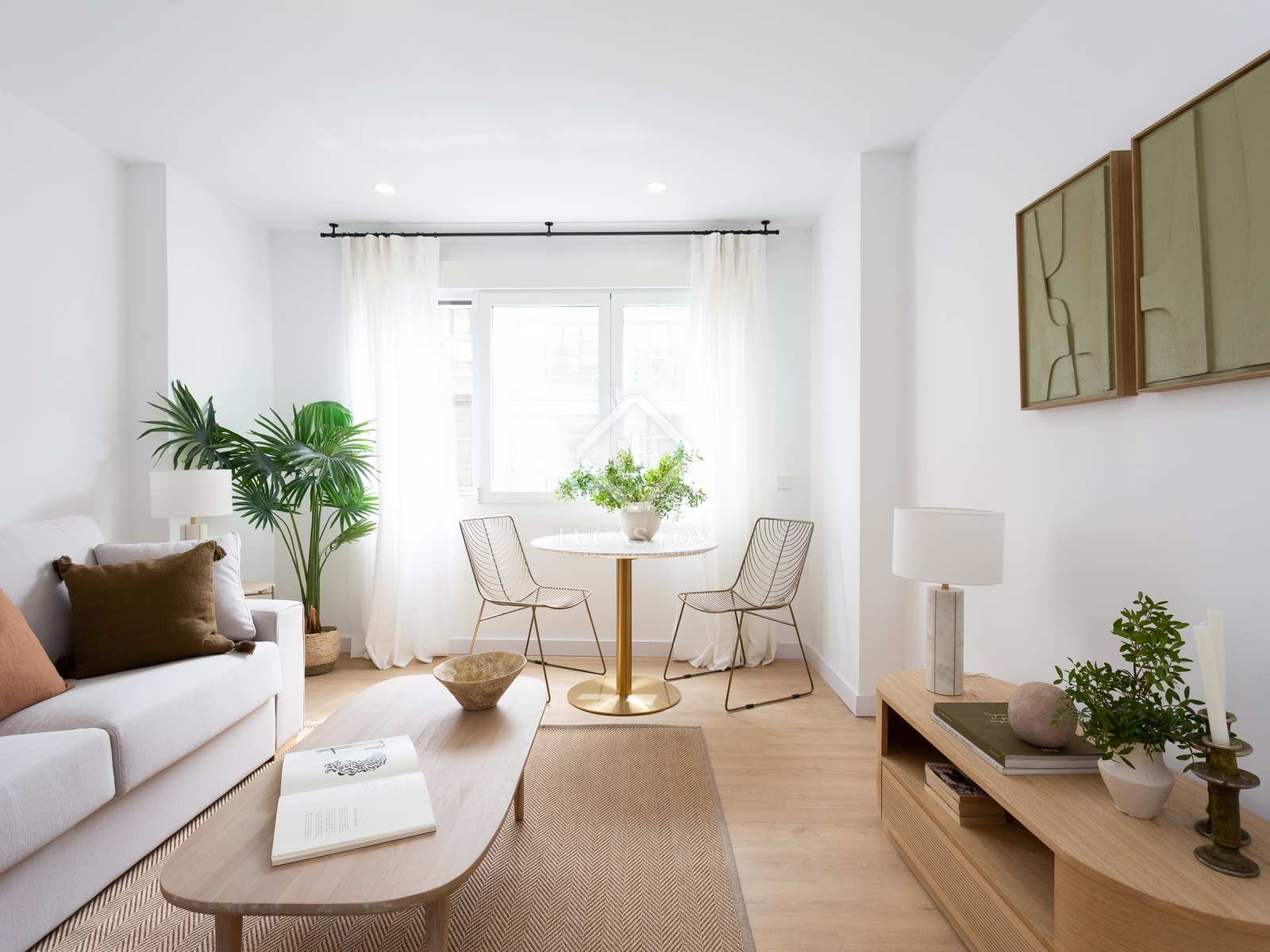 Exterior studio of 35 m², with lots of natural light to reform for sale in the heart of Recoletos.

Lucas Fox Madrid presents this spectacular exterior studio to reform in an unbeatable location, the heart of the Salamanca district, specifically on the most emblematic street. This home can be an excellent investment to make rent profitable. It is very spacious and has a lot of light. We have two identical renovated units in this same building.

The photos shown correspond to one of the flats that are already renovated.

For more information or visits, do not hesitate to contact us.

This splendid home is located in the appreciated and distinguished neighborhood of Recoletos, one of the six neighborhoods that make up the district of Salamanca. The Paseo de Recoletos owes its name to a convent of Augustinian Recollect friars that existed since the 16th century in the place where the National Library and the Archaeological Museum were later built. From the Salamanca district, we can highlight its architecture, with its residential and attractive streets, as well as its period buildings with typical Madrid facades, wide portals for carriages, interior patios and ornate balconies.

The district of Salamanca bears the name of its promoter José María de Salamanca y Mayol, with the Plaza del Marqués de Salamanca as its nucleus, and is home to corners of unique beauty such as the Puerta de Alcalá, the Buen Retiro Park or the Paseo de Recoletos.

The Recoletos neighborhood is synonymous with luxury and we could highlight the streets of Serrano and José Ortega y Gasset, which are home to all the prestigious firms, exclusive restaurants and unique shops.