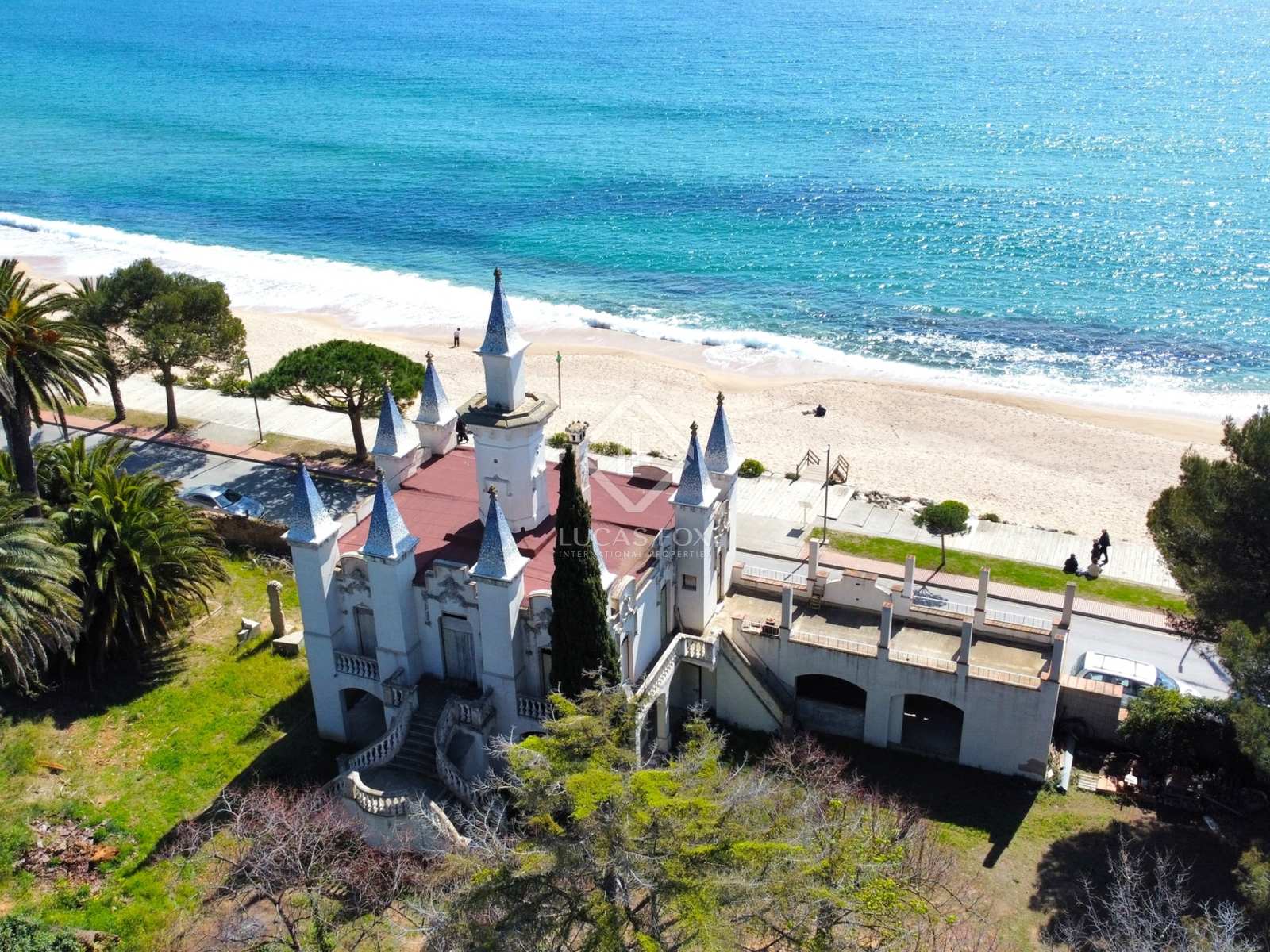 La Torre or Casa de les Punxes, is a historic and unique estate located on the wonderful beach of Sant Pol, S'Agaró, protected as a cultural asset of local interest.

La Torre or Casa de les Punxes, a historic and unique estate for sale on the wonderful beach of Sant Pol, S'Agaró, protected as an Asset of Cultural Interest.

Torre de les Punxes is a modernist estate designed by the famous architect Josep Goday and built between 1890 and 1912. It has 348 m² built on a 4,894 m² plot of land on the very first line of Sant Pol beach, in S'Agaró , a privileged and truly unique location.

It consists of two bodies, with the largest crowned by nine towers topped with a point. From the centre of the building emerges, at a higher height, a central tower. These architectural elements have made the building popularly known as the Xalet de les Punxes, Torre de les Punxes or Casa de les Punxes. These towers that give it its name correspond to each of the owner's children, who had them built for commemorative purposes.

It consists of a ground floor and an upper floor, with a higher central tower and other small towers around it decorated with white and blue trencadís. Access is through a lateral body that communicates with the garden and with the house. One of the most remarkable elements of this estate are the ornamental moldings on the windows, with typically modernist plant decoration.

The farm is located in the area where the beautiful Sant Pol beach began to be urbanized at the end of the 19th century. The owner of the estate was the first to have a residential building built in the area, testimony to a stately summer vacation at the beginning of the last century.

It is one of the most special and historic estates on the Costa Brava.

Torre de les Punxes enjoys a unique location, on the beautiful beach of Sant Pol, S'Agaró. S'Agaró and its picturesque town centre form part of the municipality of Castell-Platja d'Aro. The residential arose from the idea of building a Noucentista-style summer development that was commissioned from the prestigious architect Rafael Masó.

This captivating original nucleus has been declared a Cultural Asset of National Interest, and is one of the main attractions of the town, along with its wonderful coves and beaches.

The natural environment of S'Agaró is also home to a fantastic coastal path, considered one of the most beautiful on the Costa Brava.