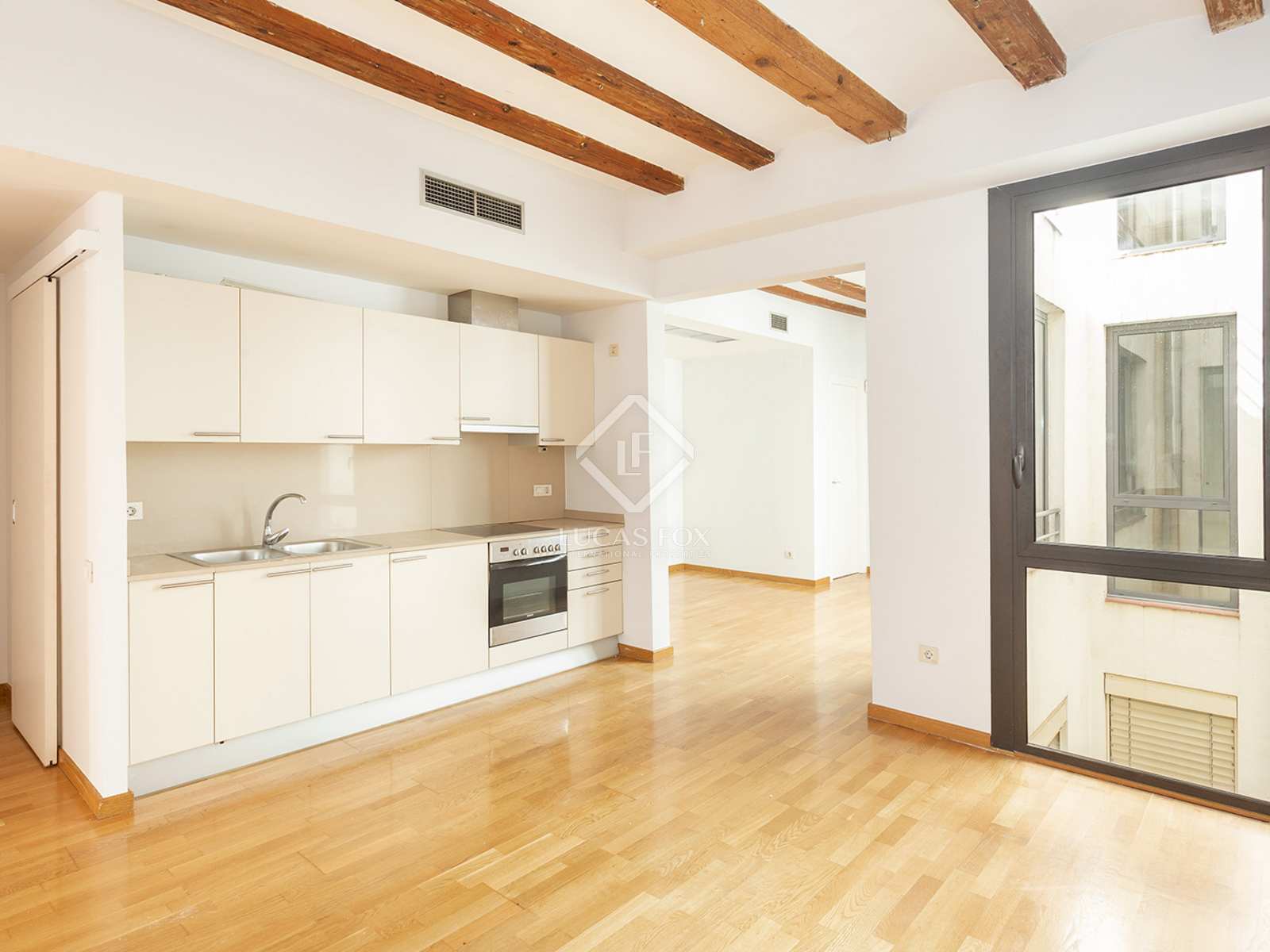 Spacious, sunny and fully renovated apartment for sale in a recently developed building with a 19th century facade

Spacious sunny apartment for sale one street from the famous Ramblas of Barcelona and a few metres from the Passeig de Colón and the port. A 21st century apartment behind a 19th century facade.

Spacious and sunny apartment in the Ciutat Vella de Barcelona, ideal for those who wish to enjoy the historical surroundings, while taking advantage of the comforts of the 21st century.

The original 19th century façade adds a lot of character to the property and hides a spacious and modern lobby, with a lift with capacity for up to 6 people and a garage in the building.

The apartment is accessed through an attractive hall that leads to a large living-dining room with windows. The open kitchen is fully equipped and functional and bright.

In the night area, there are 2 double bedrooms with built-in wardrobes, one of them with a private bathroom, as well as another complete bathroom.

The property has air conditioning and heating, beams and natural wood floors.

This apartment is located in one of the most charming streets of the Gothic Quarter, a few metres from Passeig Colón and Las Ramblas. The closest metro stop is Drassanes (L3).

The Gothic Quarter, which includes the Rambla and Via Laietana, is the most popular area among tourists in Barcelona. When the Eixample was built in the 1900s, many residents moved from the Gothic quarter in search of a better quality of life and the area fell into disrepair. However, in the last decade, the area has undergone a huge revamp, with a boom in tourist visits, a decrease in the crime rate and an increase in property values.

The area also has some of the best music venues in Europe, such as the Gran Teatro del Liceo (the opera) and the Palau de la Música Catalana, with a spectacular building. You will also find the Picasso Museum and the city's cathedral.

Las Ramblas border the Raval, which is currently undergoing an important revamping process. With a more bohemian atmosphere than in other neighbourhoods in the Ciutat Vella, El Raval is home to fantastic bars, the MACBA or the Museum of Contemporary Art, as well as a new university campus and other places of interest.

At the lower end of the Gothic Quarter, we find the vibrant Born district, packed with narrow winding streets, independent shops, interesting restaurants, and historic buildings. El Born borders on one side with the Ciutadella park, which houses the zoo, and on the other side, with the old fishing district of Barceloneta.