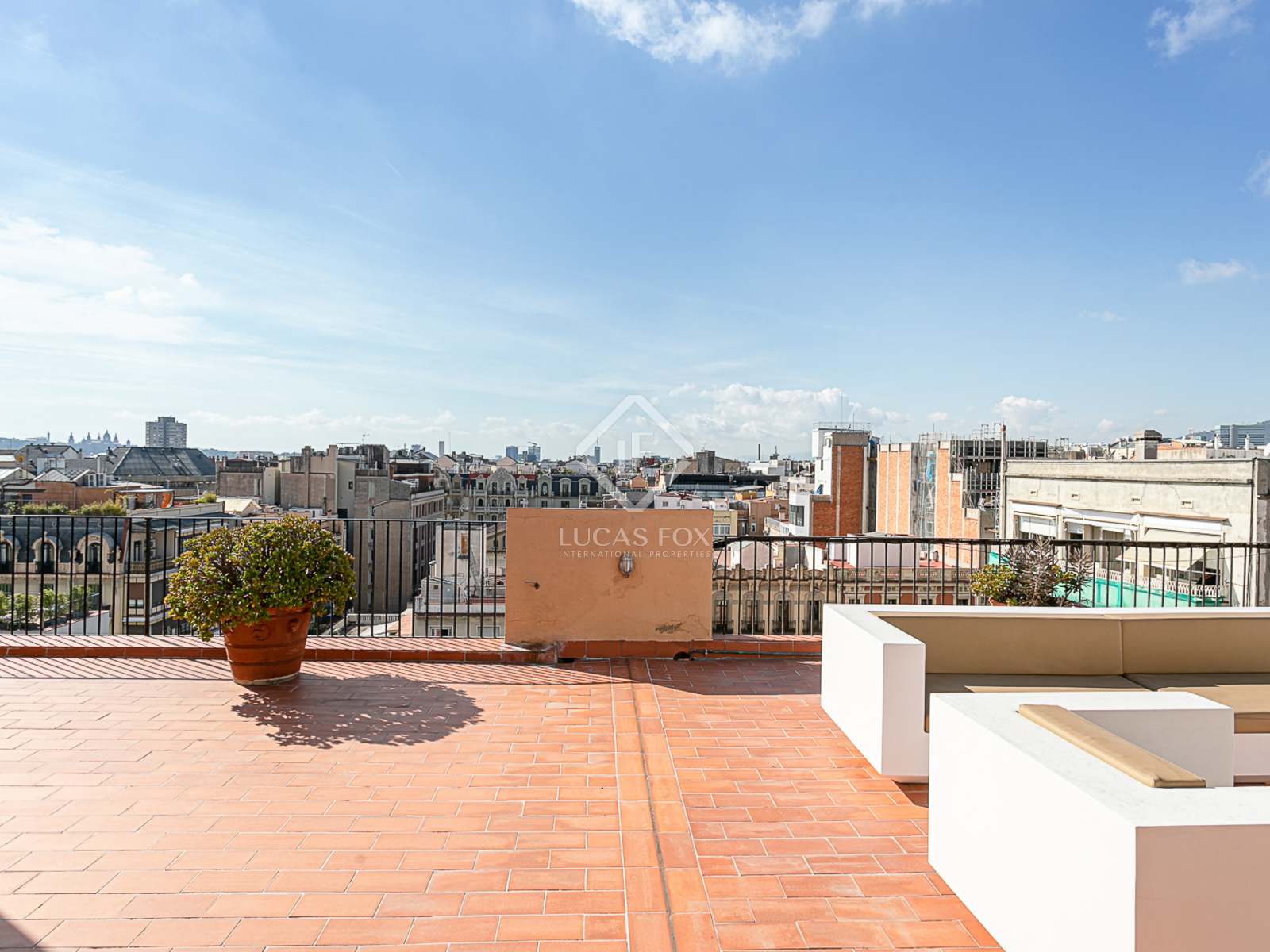 7-bedroom penthouse with 2 large terraces for sale on Rambla Catalunya, close to Diagonal, in Barcelona

Impressive penthouse with two level terraces for sale on Rambla Catalunya, near Avinguda Diagonal and Passeig de Gràcia, in Barcelona.

Beautiful exclusive penthouse with a built surface regsitered area of 185 m², plus two large sunny terraces of 75 m² and 47 m² respectively. The penthouse is located in a stately building from the early 20th century with a concierge service and a lift, in the heart of Eixample Right.

This excellent home has seven bedrooms: two single bedrooms, three double bedrooms and two double bedrooms with both private bathrooms. The kitchen is spacious and bright and comes fully equipped. This offers access to the large living-dining room with direct access to the larger terrace (75 m²) and with the best south-westerly aspect, so it receives sun throughout the day, even in winter. The second terrace, the 47 m² terrace, enjoys the morning sun, with excellent views of Rambla Catalunya.

As the property has two entrances, one can be used as a service entrance and the other as the main entrance.

The penthouse has heating by radiators and air conditioning units. It should be noted that the property has a tourist licence with capacity for 11 people.

The apartment is located in the Quadrat d'Or, one of the best areas of the Eixample Right in Barcelona, a few metres from Rambla Catalunya, Passeig de Gràcia, Carrer Enric Granados and Avinguda Diagonal.

The area is famous in Barcelona for its luxury shops, its great restaurants and its art galleries. You can find stores such as Prada, Chanel, Hermes, Massimo Dutti or Zara a few metres from the apartment.

The area is also characterized by the modernist and stately architecture of famous architects such as Gaudí. Casa Batlló and La Pedrera are just a few metres from the apartment, so it will be the delight of the next owner to be able to go for a walk and have a coffee while contemplating the magnificent buildings from the end of the 19th century.