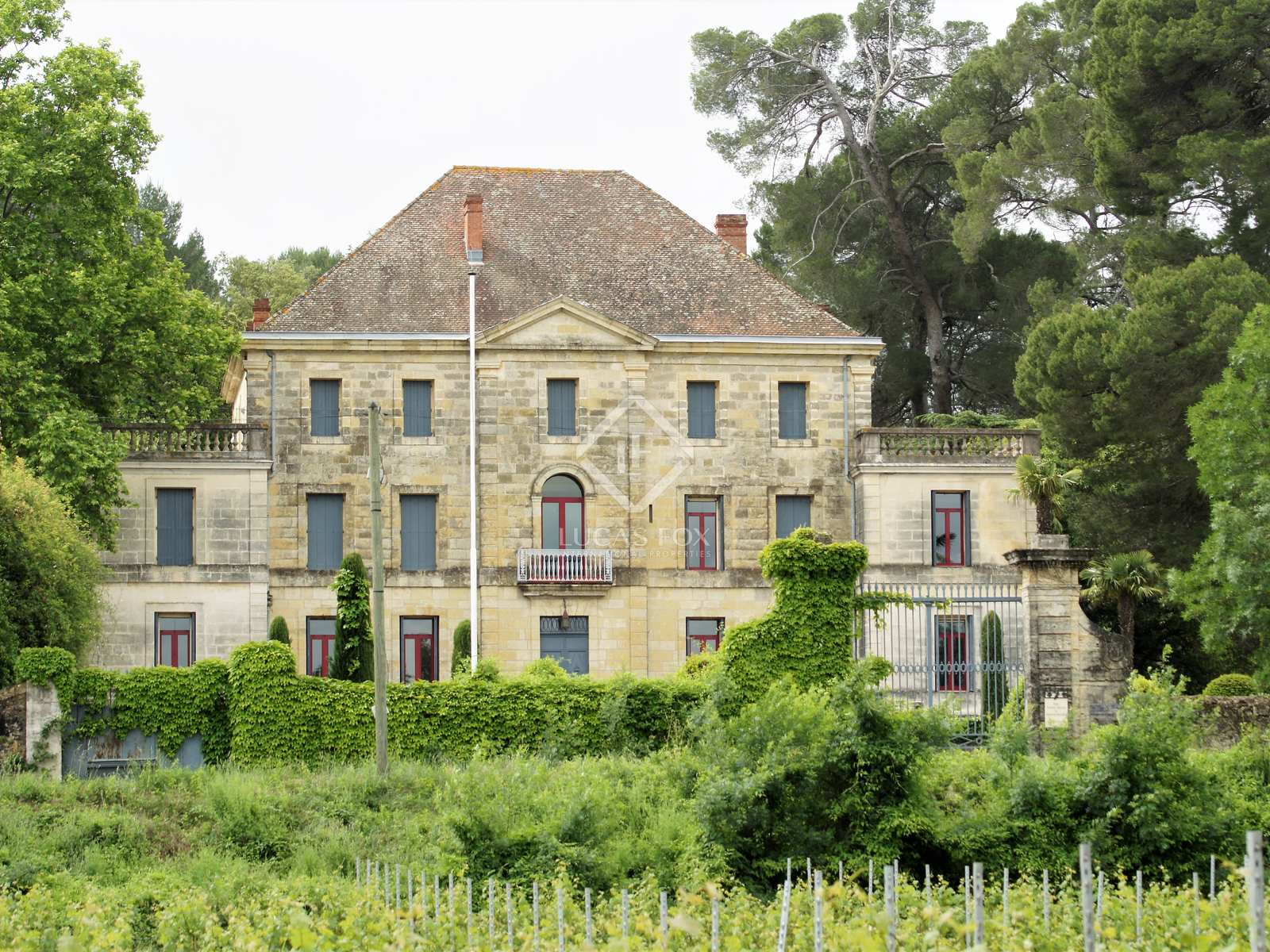 Sublime castle and seigneurial property for sale, listed as a historic monument in a beautiful city between Montpellier and Béziers, close to the sea.

Through a Flemish-style portal with a wrought-iron gate one enters the tastefully redesigned main courtyard, decorated with a vast lawn adorned with pruned boxwood, yew and laurel trees and Florentine cypresses.

At the end of this courtyard of honour stands the house, which consists of a two-storey main building with a four-sloped tiled roof, the height of which is infrequent. The main body was built in the first half of the 19th century. This strict classical facade, facing north, is marked by corner chains that were partly masked during the construction of the two single-storey wings built at the beginning of the 20th century. The central forebody, highlighted by a chain of slits and surmounted by a triangular pediment, features a balcony with a cast iron railing overlooking the entrance door.

An imposing porch with two ramps gives access to a vast terrace under which an orangery with three round-arched bays has been created in the central part. This terrace leads to the west into an English-style park and to the east to the entrance gate of a vegetable garden. Not far from there, a rock fountain built in the 19th century at the arrival of the eponymous spring captured above, adjoins a freshness room.

Inside the manor house, in the vestibule which occupies the entire depth of the building and has an entrance to the north and one to the south, there is an imposing 17th-century wooden staircase leading to the first floor.

To the left of the main courtyard is the imposing building of the wine-making cellar, which is long and has its main access on a village road, marking the importance of the winery.

There is also a small one-storey house in the main courtyard. Not far from the main house, marked by an entrance flanked by two turrets, are the outbuildings including: the accommodation for the manager and staff, the stables and various buildings necessary for the running of the winery and the life of its inhabitants.

Vineyard of 68 Ha in improving varieties, of which 49 Ha are irrigated.

The estate produces a range of rich and varied wines under the AOP Languedoc, IGP Oc and Côtes de Thongue appellations.

Located close to Béziers and Agde, just 15 minutes from the A9 motorway and on the axis of the A75 motorway.

Similar properties for sale in France