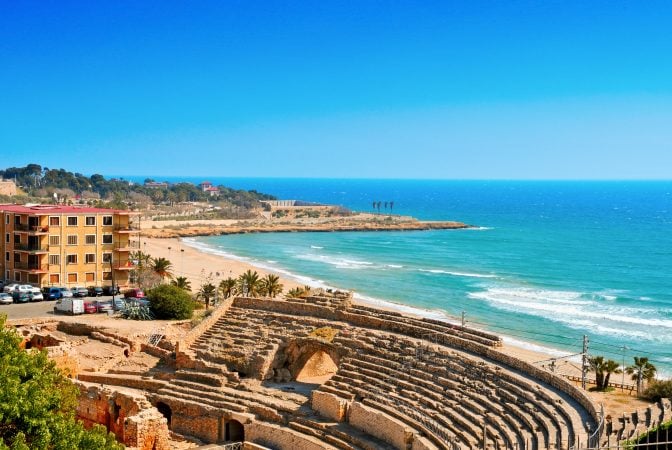 “The weather is wonderfully sweet, like an eternal springtime.” That’s how Roman Emperor Hadrian described Tarragona in the second century AD. With 280 days of sunshine a year and average temperatures of 17 degrees, it’s easy to see what the great ruler was getting at and why living in Tarragona might be a good bet. In Tarragona the weather is always just about perfect, Iberian sun kissed by a blissful Mediterranean breeze.

Hadrian made Tarragona a jewel in the Roman crown, the Empire’s favourite fortress. Nearly 2,000 years on, the city continues to beguile visitors from foreign lands, only now those visitors are building property empires rather than military ones.

Situated just an hour from Barcelona, Tarragona is cheaper than its trendy neighbour and more laid-back, too. The magnificent history is still there, ageing gracefully in the heat, but it’s a city which refuses to rest on its laurels. Today’s Tarragona offers all the facilities an international property investor could wish for.

In this post, we’ll take you inside this unique city on the crest of the Balearic Sea and show you what makes it special. Then, once we’ve whetted your appetite, we’ll show you some of the many properties Lucas Fox has to offer.

What we love about living in Tarragona

From a personal perspective, we just love walking around Tarragona. This is a city content with itself, confident but not boastful, relaxed but not complacent. And there are so many viewpoints where you can gaze out over the Mediterranean and let the breeze glide past.

Many of these lookouts are old forts and bastions that date back to Roman times. One of them is the Torre del Pretori (Praetorian Tower), which is situated in the corner of the old Roman forum and houses some cool subterranean tunnels. But we also love the Castillo de Tamarit, a sixth-century fortress looking out over the Cala Jovera, one of the many inlets nestled along the beachfront. The Forti de la Reina, an eighteenth-century outpost which was used to defend Tarragona from Napoleon, is well worth a look for those who prefer more modern history. 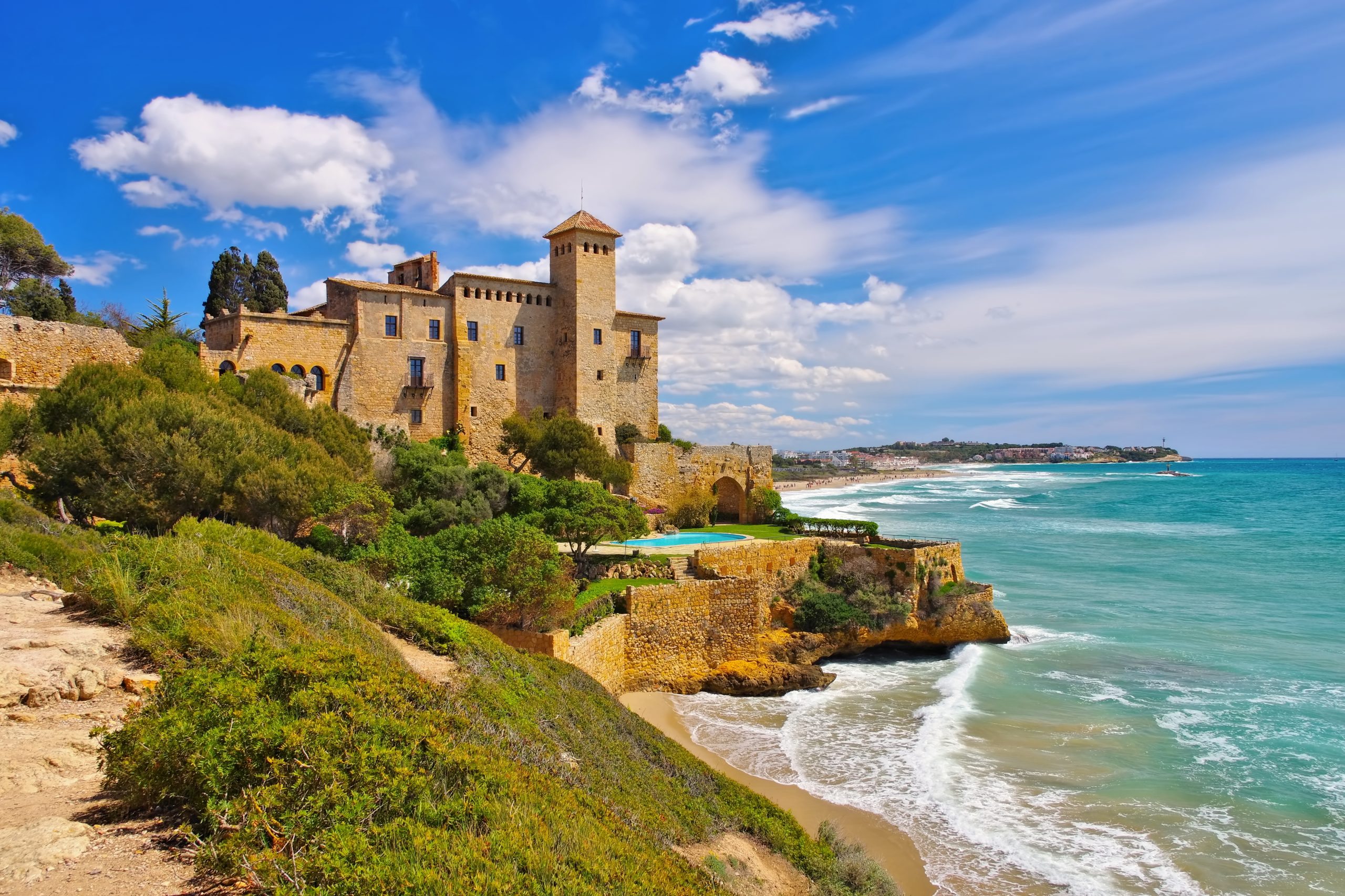 We also enjoy exploring the nearby areas on foot. There’s a beautiful elevated walkway called the Camino de Ronda. It connects the various beaches across Tarragona and the surrounding area (in fact, it goes all the way up the Catalan coast). This walkway was once used to link the watchtowers which protected the coastline. Nowadays it’s a favourite for runners, walkers and cyclists.

Most of all, we love the local traditions. Tarragona is very moderate and chilled-out in its political views but it revels in its history – and the wider history of Catalonia. Even if you’re not from around here, you can get involved.

Head down to any restaurant in the springtime and you can enjoy a calcotada.  This local dish consists of stringy onions known as calcots dipped in Romesco sauce. There are regular Roman fairs like Tarraco Viva and the Fiestas de Santa Tecla, where people dress up as Hadrian’s centurions and make merry. Every summer groups of local volunteers form Castells, the human towers which are one of Catalonia’s most enduring traditions. Go down and offer your help – they’re always looking for new recruits!

Roman Heritage: A city with history

When Hadrian gave his famous assessment of the local weather, his army was busy transforming Tarragona (or as it was known then, Tarraco) into the capital of the newly created ‘Near Spain’. An eastern coastal belt which was closer to Rome than their conquests inland.

Tarraco was given its own forum, a circus and even an amphitheatre, where thousands would gather to watch the gladiators slug it out. It also became a key junction on the Via Augusta, the Roman road which stretched from Andalucia to the Pyrenees.

Today’s Tarragona is no longer Catalonia’s biggest city but it’s the second economic area of Catalonia. It remains a hugely important hub, with a string of local industries including energy, chemicals, and agriculture. And those famed Roman road-builders would surely approve of the modern transport links.

If you need to catch a flight when living in Tarragona, you can be at Reus airport in 10 minutes and Barcelona in 45. For those who prefer to drive, the motorway takes you up the coast to BCN and on to the French border. And there’s a train that’ll take you to Madrid and Paris in just a few hours.

But that’s not really the point of Tarragona. It’s not a commuterville, a launchpad to someplace else. It’s a place to settle in and enjoy life, without having to spend a fortune. In fact you can get a villa right in front of the sea, with private access to the beach and surrounded by nature, for a fraction of the amount you’d pay in Spain’s bigger cities.

Like other great Roman conurbations, like Bath in England or Trier in Germany, history flutters and whispers from every corner of Tarragona. The city’s casco viejo (old town) is still guarded by its grand old Roman walls, and parts of the circus and amphitheatre stand proudly by the sea, majestic in their ruin. The Via Augusta still runs through the heart of the city, only now it’s one of Tarragona’s fashionable thoroughfares.

So if you love delving into the past, Tarragona is a paradise on earth; there’s even an archeological museum for those who want to take their own personal tour back to Roman times. But amidst all the old monuments, there’s plenty for today’s forward-thinking expat to enjoy too.

For starters, there’s the sports. Tarragona has a bunch of gyms where you and your kids can play football, tennis or padel (a local game which is a bit like squash). It’s a great way to meet people, and the warm-but-not-too-warm climate is absolutely ideal. If you fancy something more leisurely, there are several golf courses including the immaculate Costa Daurada, an 18-hole circuit built into the hillside with its own adjoining fitness centre.

Then, you’ve got the beaches. Tarragona offers some of the best beaches anywhere in Catalonia, crystal-white and perfectly unspoilt. We’d particularly recommend the Platja Arrabassada, which opens out on the Passeig Maritim. With walkers, cyclists and roller-skaters, it’s like a mini version of Santa Monica. Stroll down to these sandy enclaves and you’ll find all manner of watersports. From kayaking and paddle surfing to open-water diving (there’s even a club dedicated to diving the shipwrecks that lie off the coast).

For something even more action-packed, there are two theme parks within easy reach: Port Aventura, a Disney-style centre divided into historical zones, and Ferrari Land, which is inspired by… well, you can probably guess. Both of these parks offer seriously good value. In fact Port Aventura has been judged Best Theme Park in Europe eight years in a row by one respected review site.

Tarragona isn’t as renowned for its party scene as other Spanish cities like Madrid, Barcelona or Malaga. If you want to get your groove on at the local disco you’re best heading down to Salou, which is virtually next door. But there’s still plenty going on in Tarragona itself if you fancy an understated night out with a lovely beachside atmosphere.

When the sun starts to go down you can head to Plaza del Forum or one of the city’s crumbly old sandstone squares and enjoy a nice glass of the local grape. Tarragona is  a city famous for its wines, ringed by a network of bodegas so big that the distilleries resemble cathedrals. We particularly enjoy a glass of El Terrat, a fesh, florid white wine from the renowned Mas Vicenc vineyard, but please… make your own mind up!

Once you’re ready to eat, there are heaps of eateries down by the waterfront. Lovely old weather-beaten joints where the sand shimmers right up to the doorway and the smell of sea salt floats in on the night air. One of our favourites is La Sardineta, which is perched right on Platja Larga, another of Tarragona’s great beaches. If you go, make sure you try the Tataki.

And for those who just want a cocktail…the H10 Imperial Tarraco, one of the city’s most popular hotels, is perfect for a romantic evening. Bang in the heart of the city, right in front of the amphitheatre, the H10 offers amazing views all around. And it’s just been renovated, so it’s the perfect time to go.

We’ve got plenty of houses, flats and masias (old farmhouses) for sale, both in Tarragona and the surrounding area.

If you’re looking for something with a bit of history, there’s this huge old winery in the Muntanyas de Prades national park. It’s been completely restored and it has its own tourist licence, if you want to start your own hotel or restaurant.

Wine Estate for Sale on the Costa Dorada with tourist licence 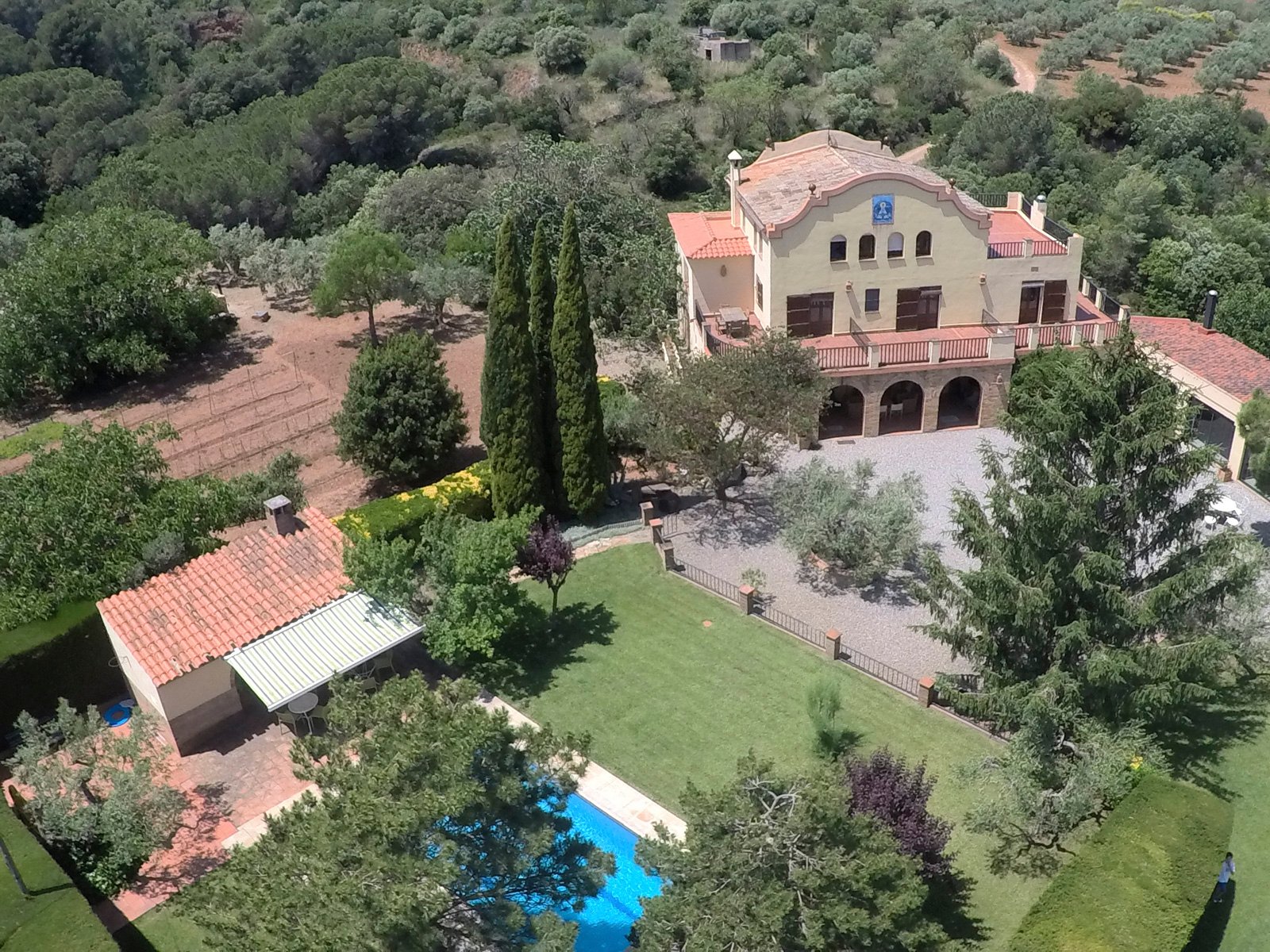 Then, for those who are looking for an urban pad, we’ve got this five-bed penthouse in the most exclusive and sought-after area of Tarragona Coast, Torradembarra. From a 84 sq m terrace you will have direct access to  the upper solarium terrace, with spectacular views.

Finally, we gotta show you this 8-bed villa in a quiet part of Tarragona, overlooking the sea. The house opens straight onto the beach and there’s a swimming pool as well, if you want a bit of privacy when you swim.

If you’re interested in any of these properties or want more info about Tarragona, don’t hesitate to get in touch at www.lucasfox.com.

Are you thinking of moving to Tarragona or investing in property here? Take a look at a selection of properties at Lucas Fox Tarragona.