The effects of Covid-19 have been concerning, not only related to the health emergency, but also its impact on the global economy and the different productive sectors, including the housing market.

Pandemics and epidemic outbreaks cause a high level of uncertainty and allow questions to arise surrounding the spread of the disease, the ability of the scientific community to stop it, the effects on the global economy and on our own financial security. According to the WPUI (World Pandemic Uncertainty Index) of the International Monetary Fund, the level of uncertainty caused by the coronavirus is unprecedented and practically triples the levels reached in previous epidemics.

Given the lack of information and precise data on how and when we will overcome this situation, the first weeks of confinement were characterised by a standstill in decision-making in the face of an unprecedented situation for all. Many questions were raised about the potential risk of contamination and the time necessary to flatten the curve, an objective that became the work of all citizens of the world.

The effects of uncertainty on the Spanish housing market

The Spanish housing market enjoyed considerable strength in the pre-Covid months. Despite the fact that the stock markets started collapsing at the beginning of February, it was not until mid-March that the Spanish housing market noticed the turning point caused by the confirmation of confinement put in place by the Spanish government. Housing demand, reflected in traffic data and enquiries, fell by 59% during the last 2 weeks of March compared to previous weeks, according to data from Lucas Fox. 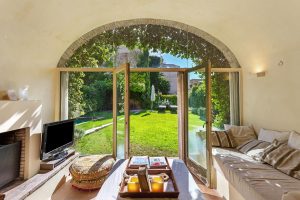 This sudden paralysis in the level of demand did not spread homogeneously throughout the rest of the confinement. After reaching the lowest levels at the end of March, April began to show a positive trend in demand due to the hopes of improving pandemic data and the normalization of life under lockdown, as well as the renewed needs of buyers, who, confined in their homes, had enough time to analyse and understand what their wishes were when purchasing a new home.

How has the coronavirus impacted the Catalan housing market?

The effect of the coronavirus outbreak in the housing market demand in the different Catalan regions has varied. According to the analyzed data from the different regions in which Lucas Fox operates, the slow down and recovery have turned out to be asymmetric if we compare large cities with peripheral municipalities.

The city of Barcelona is the second most important region in number of real estate transactions at state level. According to data from the Ministry of Development, 3,777 transactions were registered only during the last quarter of 2019. However, it was the first to notice the slowdown in a more obvious way. 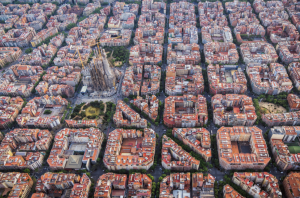 According to Lucas Fox data, the housing demand in Barcelona decreased by 69% during the second half of March, compared to previous weeks.

“Barcelona has had a spectacular start to 2020, with historical levels of activity, so the slowdown caused by the Covid-19 pandemic has made the fall more pronounced in the city than other regions”, says Alexander Vaughan – founding partner of Lucas Fox, adding that: “even so, it is characterised for being a traditionally attractive market for national and international investors, who during the last weeks have shown a renewed interest in acquiring assets with corrected prices. Since the relaxation of the confinement in Spain in early May, we have made a considerable number of viewings to properties and generated very interesting offers”.

In contrast, the municipalities and towns on the outskirts of Barcelona have shown a better performance, partially absorbing the housing demand from Barcelona, ​​mainly due to the change in buyer behaviour and new needs derived from the effects of confinement.

The change in buyers’ needs

Confinement has kept us locked up in our homes for what may be the longest time in our history. Our houses have been the scene where we have been forced to develop a large part of our life during these last 8-10 weeks, a sufficient time to reflect on our future needs when looking for a new home.

The clearest trend is the renewed interest in living outside of urban areas. The confinement has forced several companies to implement work-from-home flexibility, opening up the possibility that workers do not need to be subject to living in an area close to their workplace. However, the coronavirus outbreak has not only blurred the line between work and our home, but it has also somehow shaped our needs, priorities and concerns, such as living in larger homes with outdoor green spaces, away from densely populated areas, in more natural environments where we can find more competitive prices.

Lucas Fox confirms these new trends by analyzing website traffic and enquiries for those Catalan regions in which it operates, such as Costa Brava, Sitges, la Costa del Maresme, Castelldefels y Gavà.

The coastal areas closest to Barcelona, ​​such as Gavà, Castelldefels and the different villages in the Maresme Coast showed relative resilience after the first weeks of shock. Although their demand levels during the month of April were somewhat lower than the months that preceded the pandemic (-32%), there was an increase of 20% when looking at the year-on-year growth. The buyer profile in these regions is usually local living and working in Barcelona who now is looking for wider spaces in quieter towns that are relatively close to the city. We anticipate that once restrictions on movement within the province of Barcelona are lifted, these regions will experience significant growth in the number of property viewings and, as a result, an increase in transactions. 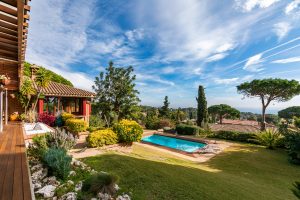 On the south coast of Barcelona, ​​most of the interest has been focused on Sitges. The buyer profile of this area is predominantly international, therefore demand recovery has been slightly slower due to restrictions across international borders. Recovery of demand to pre-crisis levels will occur when sanitary measures are softened in the regions of origin, such as the United Kingdom, a market that represented 20% of housing demand in Sitges.

The partial reopening of international markets led to a 35% increase in requests with interest in Sitges in the first 15 days of May, which will most likely translate into a higher number of property viewings and transactions once international borders are opened.

From the detailed regional analysis carried out by Lucas Fox, the housing market in the Costa Brava undoubtedly stands out. Of all the regions studied, this coastal area of cosy villages on the shores of the Mediterranean and a high quality of life, has shown to be resistant to the attacks of Covid-19. Not only has its population shown relative resilience to the virus, but the interest in acquiring a home in the region has remained relatively imperturbable.

The level of demand also reached its lowest level in the last weeks of March 2020, but the decrease was not more than 19%, a level that contrasts with the rest of the areas studied. In the annual comparison, the enquiries for the month of April and the first two weeks of May are even 14% above those reached during the same period of the previous year.

In addition to the Costa Brava, we anticipate that the city of Girona will also benefit from buyer’s new behaviours, due to the lifestyle and quality assets offered by the city that meet the renewed needs of a buyer who values ​​tranquility, space and nature.

A proportional recovery to de-escalation

2020, according to Lucas Fox real estate experts, will be a difficult year for the global economy, which will be governed by the duration of the different phases of the pandemic and the release of a vaccine or a good therapeutic treatment against the virus.

“Many people are asking if the Spanish housing market will be affected as badly as it was in the 2008 crash. The current situation is due to factors exogenous to the real estate sector, so we doubt that we will reach levels of contraction like those of the previous crisis. The global banking system is healthier than it was then, and the monetary authorities have injected liquidity into the market to stop the slowdown in the global economy”.

“The speed of recovery will depend on factors such as the level of response from Governments with regards to the lifting of restrictions, the return of international travel and joint actions of central banks” explains Alexander Vaughan, founding partner of Lucas Fox, according to which “indications are that buyers will return to the market, many of them looking to take advantage of possible discounts and low mortgage rates”.

Sorry, but there are no related posts at this time.