Just over 16.14 million British people voted to remain in the European Union three and a half years ago. On 31 January, however, the UK will leave, creating a generation of many unhappy ‘Remainers’ frustrated at the prospect of not being part of the world’s biggest multi-cultural club.

The prospect of Britain leaving the EU has prompted tens of thousands of British citizens to apply for second passports from EU countries. According to the OECD, the British are also moving to these countries in numbers not seen in years. Data for 2018 showed a record 75,500 people left the UK for a new life in the EU and figures for 2019 are expected to show at least another 10,000 more.

A significant proportion of these emigrants have moved or are thinking of moving to Spain, Europe’s most popular country for relocating Brits. According to Spain’s Interior Ministry there were just under 366,000 Brits registered in Spain at the end of 2019, a 10% hike on 2018 figures. This was down to both unregistered British citizens living in Spain securing their status before Brexit and also new arrivals from the UK.

For British emigrants looking to have a permanent foothold in Spain, buying a home is a popular option. Prices are competitive compared to the UK and also other Northern European countries and the country’s lifestyle benefits are well documented. There are also excellent mortgage rates available – starting at 1.55% and variable rates as low as 1.15% below Euribor (Mortgage Direct).

Lucas Fox has selected nine Spanish cities that might appeal to disillusioned Brits and assessed how far a budget of €500,000 (approximately £425,000) will stretch:

Barcelona led the property turnaround in 2014 but during the last twelve months or so, the Catalan capital has seen a slight slowdown in prices. Nevertheless, this ever-popular urban resort has long-lasting appeal especially to international buyers. So 2020 could be an interesting opportunity for canny investors looking to capitalise on affordable prices in one of the world’s greatest cities. According to property portal Idealista, prices are currently €4,115 per square metre, slightly more than during the peak of 2007. 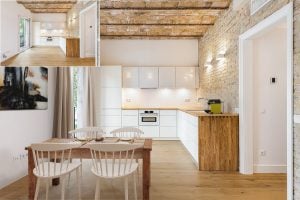 Poble Sec: 3-bedroom apartment with a roof terrace located in the foothills of Montjuïc

Maresme: 3-bedroom house with a pool and garden, set on a 1,000m² plot in Cabrils, just a 5-minute drive to the beach and 20 minutes from central Barcelona

Property prices in Spain’s third city are currently, on average, 52% less than Madrid and 58% less than Barcelona, according to property portal Idealista. Valencia offers pretty much everything Barcelona has to ofer but arguably with a little less glamour and more authenticity. An hour’s drive south from the city you find numerous charming towns and villages along the Costa Blanca and the AVE train speeds you from the city to Madrid in 1 hour 15 minutes and up the coast to Barcelona in 3 hours 15 minutes. 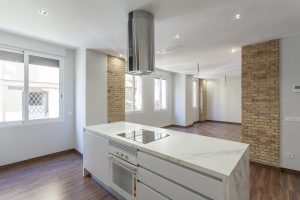 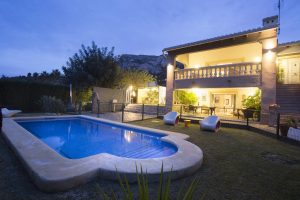 Property prices in Spain’s vibrant capital have already surpassed those of the peak in 2007 by more than 6% and by almost 27% in the city’s exclusive Salamanca district, according to property portal Idealisa. Prices are much more competitive than the likes of London, Paris or Berlin. Madrid is currently abuzz with activity – from the opening of the new Four Seasons Hotel in Sol to the huge urban regeneration projects in Charmartín, one of the largest ever undertaken in Europe, giving the city a dynamic edge over its northern counterparts and continuing to attract investors from all over the world.

Palacio: Newly renovated apartment in an historic building near the Royal Palace

Catalonia’s second city has seen some of the biggest price rises in the last few years, thanks to (among others) its award-winning gastronomy, reputation as a cycling Mecca and proximity to the Costa Brava. Year-on-year the city saw prices rise by more than 15%, averaging at €2,217 per square metre, according to property portal Idealista. City centre properties are in high demand and hard to come by, so are snapped up quickly. Outside the city, masias (country houses) are coveted by international buyers looking for a lifestyle change or rural business.

Girona Old Town: 1-bedroom duplex apartment with a terrace, ideal as an investment 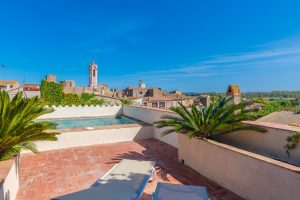 Marbella and the Costa del Sol first put Spain on the map for many Brits, seduced by year-round sunshine and a touch of glamour. The region welcomed fewer British buyers during the years following the referendum, but with Brexit and some certainty approaching, it is expected that their love affair with this coastline will be reignited. Year-on-year prices in Marbella increased by nearly 9%, around double the increase of the national average, according to property portal Idealista.

Estepona: Brand new 2-bedroom apartment as part of a New Development on Estepona’s seafront with a private terrace and communal infinity pool 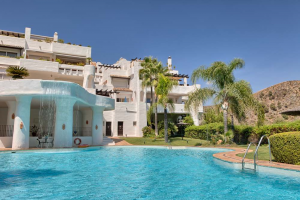 Málaga has recently evolved into one of the most exciting cities in Spain. The past decade has seen unprecedented change and growth in the formerly sleepy port town, leaving the city revitalised and a hugely desirable Spanish lifestyle destination.

Guadalmar: 4-bedroom house with a garden, a few metres from the beach and a short drive to the airport

Low but steadily growing prices, increasing numbers of sales transactions and an unrivalled quality of life has meant that the city of Alicante is currently being lauded as one of the key hotspots for future foreign investment. New boutique restaurants and trendy shops are popping up all the time. There are currently several building projects in and around the city of Alicante and there is a high demand for homes in the city centre.

City centre: Contemporary loft within walking distance of the beach and the historic quarter, offering buyers a great investment opportunity

Beachfront: 4-bedroom apartment on Alicante’s seafront with spectacular views of the Mediterranean and mountains

Elegant Mahón (or Maó as it is known locally) is one of the most attractive cities in the Mediterranean and boasts the biggest natural port in Europe. The architecture reflects the legacy of the British occupation during the 18th Century, with bow-fronted houses and sash windows. Café terraces occupy just about every available space, making the Menorcan capital an ideal place to enjoy a laid-back way of life.

City centre: Brand new 3-bedroom penthouse located in a sustainable building, just a short walk to the Port and beach

Vigo is the largest city in Galicia, the southernmost of the Rías Baixas, an area of four distinct river inlets on the Atlantic coast that share rich marine life and one of Spain’s most beautiful landscapes. Nestling between the sea and a rugged backdrop, Vigo has flourished throughout history and now a new generation of property buyers is discovering its long underappreciated charms.

City centre: Superb 4-bedroom duplex penthouse in the heart of the city, overlooking the sea and a short walk to the city’s magnificent beaches 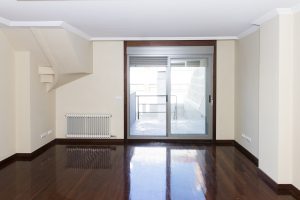 Bouzas: 4-bedroom apartment with sea and mountain views, situated next to the beach and within a 10-minute walk of the city centre