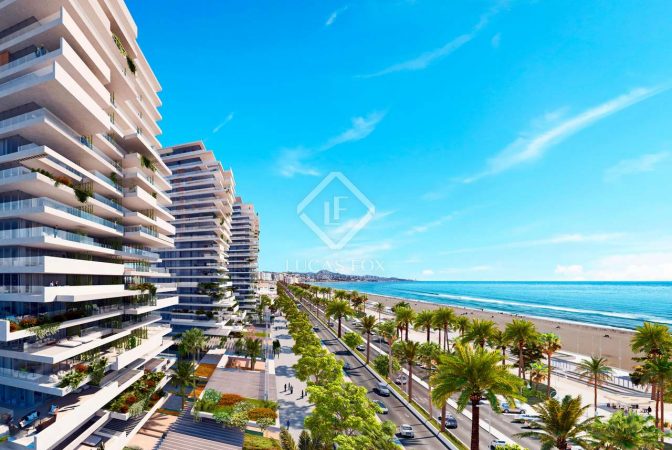 There’s been a buzz in the city of Málaga this autumn.

The Chorus Line opened in the city starring Hollywood star Antonio Banderas takes centre stage after returning to his hometown after a heart attack in 2017.

The musical is the first work shown at the Teatro del Soho, a former cinema that was completely revamped by the 59-year-old actor, who like Picasso, was born and raised in Málaga.

There’s also much talk about the new Picasso Towers residential building, named after Málaga’s most famous artist and which will be home to 220 apartments by 2021.

Málaga has been consistently singled out as one of the key ‘second-tier’ cities to look out for in 2020 and beyond.

Director of the Lucas Fox Málaga office, Rodolfo Nuñez Lamagrande, gives us his insight into Málaga’s property market and why Picasso Towers is causing such a stir in this beautiful coastal city.

What are your thoughts on Picasso Towers? Is this something really new and amazing for Málaga?

Picasso Towers is a very significant project and will change the city skyline forever. The 220 apartments will be modern, unique and luxurious, distributed across 3 towers with 22 floors facing the sea. The complex includes a gym, spa, cinema, restaurants, children’s nurseries, swimming pools, office space and a co-working, among many other amenities.

Is it filling a gap that has not been filled before?

There is nothing like it in Málaga or indeed in any other Spanish city with the exception of Madrid and Barcelona. Luxury, contemporary and exclusive homes right on the seafront!

The profile of buyer is around 80% local (investors, entrepreneurs and families who want an exclusive home). Some buyers have come from different parts of the Costa del Sol, who are looking to live in an exclusive area, with others coming from other Spanish cities such as Madrid and those mainly in the north of the country. Buyers include famous sports stars such as the Real Madrid player Isco. Once international buyers start purchasing we expect them to come from Scandinavia, France, Israel and further afield such as the Middle East, Russia and Asia.

What is the market doing? How do prices compare in Málaga with other Spanish cities?

According to property portal Idealista, which bases their prices on resale property asking prices, prices averaged at €2,188 in October 2007, around the peak, and by October 2014 they had gone down to €1,529 per square metre. Since then prices have increased by 35% and are now only 6% below those of the peak in October 2007.

Prices in the most sought-after areas of the city, such as the historic centre, La Malagueta or Limonar, can command an average price of around €4,000 per square metre.

Where are the most popular areas for foreigners to buy in the city itself?

The areas most popular with international clients are the historic centre, Soho, La Malagueta and the areas in the east of the city such as Cerrado de Calderón and Limonar. Key attractions are a wide variety of restaurants, sandy beaches, shops for all tastes and budgets, museums, and a wide selection of local and international schools. Having an airport is also key, along with a fantastic climate.

What sorts of properties do they go for – historic apartments?

There is plenty of interest in apartments in the centre and in the district of La Malagueta, especially those with terraces and views, and in buildings with historical character. Buyers also go for villas with gardens and private pools in Cerrado de Calderón and Limonar.

Can you currently rent out without restriction?

Here is a selection of properties currently for sale in Málaga

Elegant, contemporary apartments for sale in a unique new seafront development in Málaga 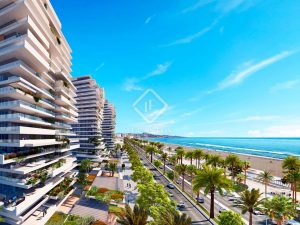 Idyllic country estate and successful award-winning business or large family home for sale, situated on the edge of the Axarquia mountain range 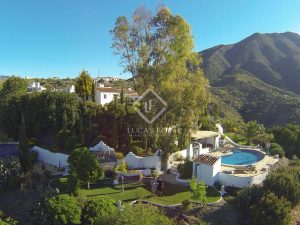 One of the most exclusive properties in Málaga City with impressive sea views, for sale at a competitive price

Detached villa for sale with 6 bedrooms and a garden, located in one of the best areas of Limonar Bajo, very close to the best schools 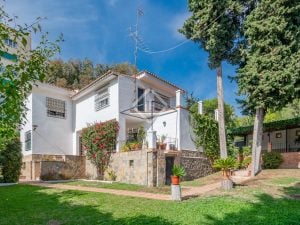