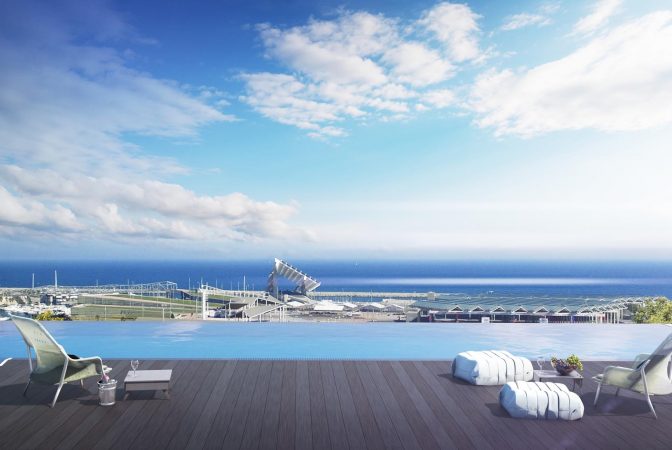 Spanish luxury real estate agency Lucas Fox has reported encouraging figures in the first nine months of 2019, according to its latest market analysis on the Spanish Residential Market. Compared to the same period last year the number of sales increased by 55% and sales value by 73%, across its 24 offices throughout Spain and Andorra.

The areas that registered the most significant increases were in Barcelona City where sales more than doubled, and in the Catalan coastal town of Sitges where there were nearly three times the number of transactions.

The average priced property sold by the company also rose year-on-year from €848,189 to €942,752, an annual increase of 11%. The regions that saw the most significant sales price rises were in the Costa Brava (average price €1.63 million) and Marbella (average price €1.38 million).

Lucas Fox registered more than four times as many sales of new homes in the first nine months of 2019 compared to the same period in 2018. Most of these sales took place in Barcelona where numerous pending transactions were finalised with the completion of new projects such as Gran Via 604 in Eixample and Diagonal Port in Diagonal Mar.

32% of new homes buyers were Spanish and 22% were from the Middle East, many of whom purchased to obtain residency through Spain’s “Golden Visa” scheme. The main purchase motivation was for investment (39%) with just over a quarter purchasing a second residence. 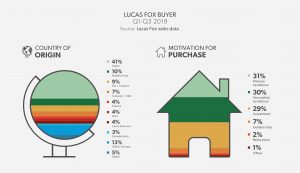 Looking at the buyer profile across the group and all product categories, 59% were international and 41% national. The motivation for buying was split almost evenly between purchasing as a primary residence (31%), a second home (30%) or as an investment (29%). 7% chose to purchase to obtain the Golden Visa.

Prime sales (€900,000 or more) across the group increased by nearly 40% in the first three quarters of 2019 with an average price of €2.1 million, up by 27% compared to the average price in the same period last year. Lucas Fox’s Barcelona and Costa Brava offices generated more than half of all sales in this sector of the market. 40% of prime property buyers were Spanish with 35% coming from other European countries. Buyers purchasing property as a second home accounted for 40% of all prime buyers, with 37% buying as a primary residence.

The number of rental transactions rose by 27% across the Lucas Fox group with Valencia and Andorra seeing the most significant increases. The average rental price came down slightly year-on-year from €2,643 per month to €2,304, a decrease of just under 13%. Compared to the same period in 2014, the number of rental transactions across the group has risen by almost five times.

“Our third quarter results for 2019 show that Spain’s luxury residential property sector, continues its positive trajectory,” comments Lucas Fox co-founder Alexander Vaughan. “We don’t expect the recent election results to impact on the Spanish property market. The forecast for the economy remains positive and we believe that the country will continue to be an attractive investment proposition and fantastic lifestyle destination.”