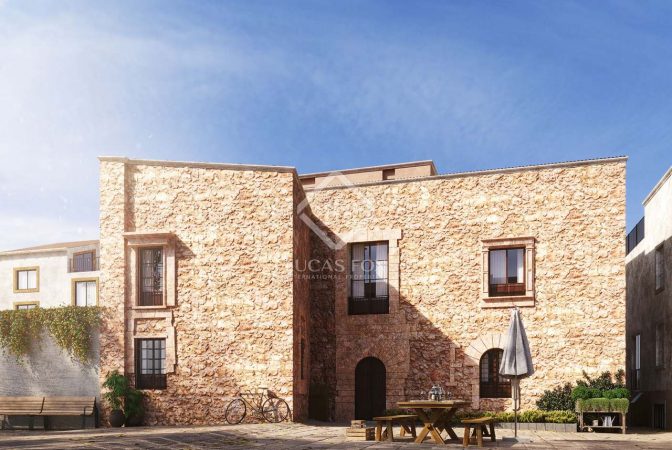 For many people the island of Ibiza evokes visions of a hedonistic nightlife but it is easy to discover its deeper past, especially if you head to its cultural and historical core in Ibiza Town. The Phoenicians were the town’s first settlers in 654 BC. They created a hilltop citadel that would be refined over centuries by Carthaginians, Romans, Moors and Spanish ‘reconquerors’. Fast forward three millennia and you find a unique enclave retaining much of its original charms and quirks.

Majestic and elegant, Dalt Vila is the highest part of Ibiza Town’s historical centre and was an important defensive stronghold until the late 18th Century.

Within the 16th Century walls you can find Renaissance bastions, a former Dominican convent, the Cathedral (which was built after the conquest of Ibiza by the Catalans in 1235), the ‘Mercat Vell’ as well as quaint, haphazard streets.

The fortification of Ibiza Town was part of Carlos I and Felipe II’s plan to modernise the coastal defences along the Mediterranean. Two Crown engineers – Giovanni Battista Calvi and Jacobo Paleazzi Fratín – were integral to this phase, applying the advances in military architecture introduced on the mainland. Construction went on until the late 16th Century and involved local workers and master craftsmen.

The main entrance, known as the Portal de Ses Taules is shaped like a great triumphant arc, flanked by two Roman statues (the originals are in the museum) bearing a large coat of arms with the emblems of Philip II, dated 1585.

Ibiza Town was declared a World Heritage Site in 1999 by UNESCO.

Sitting alongside the 13th Century Cathedral in the Dalt Vila is Casa Cardenal, a stunning palace, which, as its name suggests, was the former home of the Cardinal.

Although unoccupied for several years, this exceptional 1,300m² property retains many standout original features including the floors and stairs, while much of the original carpentry is still in place. The views of the sea, mountains and town from the spectacular 700m² garden and 20m swimming pool are arguably the best on the island.

The house is distributed over 7 levels and includes vehicle access and a garage. The airport is a 20-minute drive away. It is undoubtedly one of the standout properties to come onto the market on Ibiza in recent years.

“This is a truly exceptional renovation project to create a magnificent, personalised private home, rental property or pied-à-terre. It is a true collector’s item in one of the world’s most exclusive urban locations.”

Find out more about this exceptional property for sale exclusively with Lucas Fox.