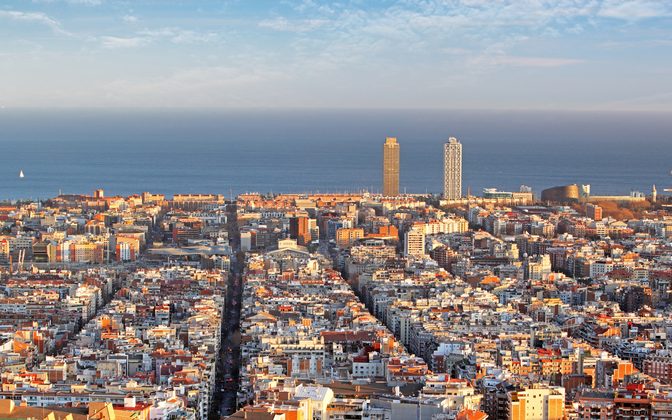 First quarterly results from Lucas Fox show returning confidence in a market that had stuttered after the 1st October independence push. Sales by Lucas Fox Barcelona during the first three months of 2019 more than tripled compared to the same period in 2018, with the average price increasing by 9% at €997,675. The total value of sales transactions by Lucas Fox Barcelona also more than tripled and the number of New Development sales was more than six times the number of sales in the same period in 2018.

“Barcelona offers much more than a traditional resort location or indeed major city,” comments Lucas Fox co-founder Alexander Vaughan. “It appeals to a younger, affluent buyer for a myriad of reasons – from its scores of Michelin starred restaurants to its growing reputation as a FinTech hub. Developments like the Barcelona Mandarin Oriental Residences, a scheme of 34 luxury apartments and penthouses on Paseo de Gracia, are attracting a lot of interest and are an indication of where the market is heading. We’ve definitely seen an increase in enquiries and offers for prime properties since the middle of 2018 and so far 2019 is looking very positive. The two very encouraging signs are that Catalan Family Offices are starting to invest in residential property and the number of major international companies that are establishing operations in areas like 22@ in Poblenou is increasing.”

In the prime market range, the majority of Lucas Fox Barcelona buyers purchased either for investment purposes (38%) or as a primary residence (31%), with those buying as a secondary residence accounting for 15%.

Due to the city’s changing demographic, the number of rental transactions completed by Lucas Fox Barcelona in the first quarter of 2019 went up by 10% year-on-year, averaging €2,294 per month.

“Barcelona is increasingly attracting a more dynamic workforce, lured in by growing numbers of innovative, well-funded start-ups and leading tech companies, including Amazon and Facebook, who have established operations in what is fast becoming Europe’s Silicon Valley,” explains Wim Braem, Rentals Manager for Lucas Fox Barcelona. “This is pushing up demand for good quality rentals in prime locations – good news for owners looking to earn a healthy rental income from their investments.”

Average property prices in Barcelona city showed a slight annual increase, of 1.5% compared to 6% nationally, at the end of March 2019, ending the quarter on €4,217 in Barcelona and €1,703 per square metre in Spain, according to property portal Idealista (who base their figures on asking prices).

The growing trend of purchasing turnkey products is reflected in figures from Spain’s Institute of Statistics (INE) that show that the number of sales of new homes in Barcelona Province in the first two months of 2019 increased by 18% when compared to the same period in 2018.

Elsewhere the start to 2019 has seen brisk sales for Lucas Fox in Madrid and Valencia as well as its Costa Brava and Girona office, where 22% of all buyers were British.

“The positive market trend we saw in 2018 has continued in 2019, reflected in some excellent Q1 results in both Girona and the Costa Brava,” comments Lucas Fox Costa Brava and Girona partner Tom Maidment. “The volume of closed sales rose by 13% with local buyers accounting for a third of sales and French and British buyers each accounting for just under a quarter of all sales. With a very healthy pipeline of business, we expect the year to continue on a positive upward trend.”