Continuing with its rapid expansion, Lucas Fox has established its first Affiliate office outside of Spain – in the principality of Andorra. Lucas Fox Andorra is headed up by Jordi Tàpies who has collaborated with the luxury agency for several years. The Affiliate is the first of several new Lucas Fox offices planned for 2019. 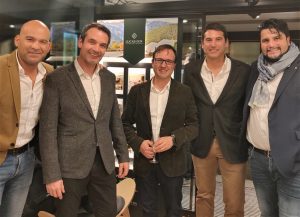 Having recovered well following the recession in 2008, property prices in Andorra have been rising steadily since the start of the property turnaround in 2014 and homes are generally regarded as a safe investment in terms of market stability and value for money. Rentals have also gone up by up to 40% in some areas, which has meant investors have benefitted from healthy yields, particularly with regards to year-round short-term rentals.

“In recent years Andorra has been compliant with EU rules and regulations and is no longer regarded as the tax haven it once was. But Andorra is regarded as one of the safest destinations in Europe. It has negligible crime, low unemployment, around 300 days of sunshine a year and boasts one of the longest life expectancies in the world.  Healthcare, wellness, IT and education are also excellent.  All this, along with its enviable outdoor lifestyle, makes it extremely attractive for individuals and families looking for both primary and secondary residences.”

Andorra has around 80,000 inhabitants and almost half of them are foreign residents. Tàpies says around 80% of Lucas Fox buyers emanate from Spain, France and the UK. Those looking for primary residences tend to look for homes in Escaldes and the capital, Andorra La Vella, as well as sought-after residential areas such as Can Diumenge, Escàs, Anyós or Ordino. Buyers after second residences tend to look for ski chalets in Grandvalira, Arinsal or La Massana. Ideal ‘lock-up and leave’ homes, they can cost from €200,000 to €1,000,000 and rented out for about €800 to €5,000 per month in ski season.

“Andorra is not just a ski-holiday destination but also offers great designer (tax-free) shopping and a superb gastronomic scene. There are festivals and concerts year-round and Grandvalira – the sixth largest ski area in the world – is currently hosting the ski world cup finals. If people want more of a cultural fix, we are also only two hours from Barcelona.”

Property purchase tax in Andorra is low – at about 4.5% and banks are currently offering mortgages of up to 60-70% loan-to-value although non-residents tend to be cash buyers.

One of Lucas Fox Andorra’s spectacular chalets for sale in La Massana, an area sought after by international buyers

Other areas targeted by the Lucas Fox Affiliate Programme during 2019 include the upmarket suburbs of Madrid, the Basque Country, Costa del Sol, Costa Brava and the Canary islands.

“As a Lucas Fox Affiliate, I am enjoying both  being in control of my destiny but at the same time being part of a company with a strong brand and global presence that helps grow my business and gives my clients the reassurance that they are working with one of the leading agencies in the sector.”

View properties for sale in Andorra with Lucas Fox