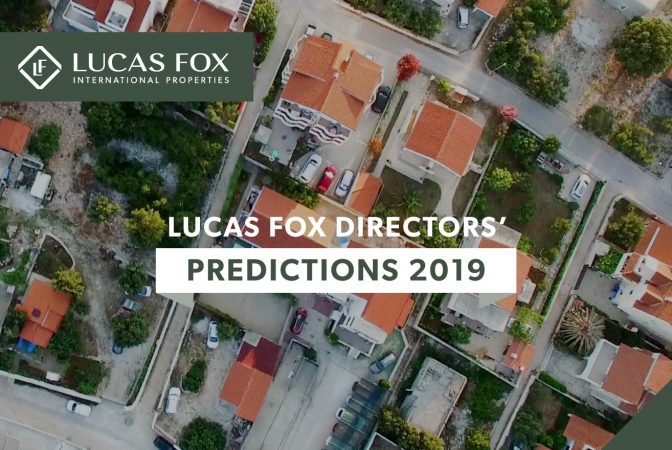 2018 proved to be another positive year for Spain’s property market – international buyers and new homes sales continued to drive the market forward whilst property prices continued their upward trend.

Figures from Spain’s National Institute of Statistics (INE) show that, in the period from January to November 2018, there was an 11% year-on-year increase in the number of transactions – from 435,039 to 481,220 sales, averaging 43,747 sales per month. The proportion of foreign buyers accounted for just over 12% of sales compared to just 4% in 2009, according to Registradores. Prices across Spain also went up significantly last year from €1,586 per square metre to €1,720 per square metre, an increase of 8%, but they were still 24% lower than they were in 2010, according to idealista.

Since 2014 – the start of the property turnaround – sales have risen by 64%, when comparing the number of sales from January to November 2014 with the same period in 2018.

2018 was a particularly good year for the new homes market which saw a year-on-year increase of 11.5% when comparing sales from January to November with the same period in 2017 (INE).

Directors of the leading luxury real estate agency Lucas Fox are predicting that these trends will continue during 2019 with most demand for homes continuing to be in city centres and desirable coastal second-home destinations. The overall outlook for the market is a positive one with steady price growth across almost all regions.

“Demand will probably remain slow during first few months of the year. The market should reactivate once the political situation becomes clearer with the central government in Spain and the potential effects of Brexit are understood. I think that the outlook in general for Madrid is very encouraging. It has only really been put on the map in the last three years so still has a lot of room for development. I suspect that prices will not increase at the same levels as 2018 in prime areas but demand will continue to grow in other up and coming areas of the city.”

2018 was a particularly good year for new home sales in Barcelona with the volume of sales increasing by 18% when comparing the number of sales from January to November 2018 with the same period in 2017 (INE). The value of sales transactions also saw an increase, rising by 18% when comparing the first three quarters of 2018 with the same period in 2017 (Fomento). Overall prices in Barcelona City slowed during 2018, growing at just 1.4% according to idealista, which should allay fears of another boom and bust. Prices are 40% higher than they were midway through 2014, however.

“I believe that 2019 should be a positive year for the property market in Barcelona as confidence continues to grow, particularly amongst international investors. As exclusive world class New Developments become available in prime areas, we expect the results to be promising. Demand for investing in Spain on a global scale is growing consistently and Barcelona will continue to benefit from this. Also Spanish banks generally have a positive attitude when it comes to lending to international buyers, and, as interest rates remain relatively low, this will facilitate property purchases.”

Valencia continues to be one of the most exciting property markets in Spain. Transactions were up by 15% from January to November 2018 compared to the same period in 2017 (INE), and the total value of sales increased by 23% when comparing the first three quarters of 2018 with the same period in 2017 (Fomento). Prices are still some of the most competitive around, rising by 16% in Valencia City, from €1,668 per square metre to €1,942 per square metre in the year to Q4 2018. Foreign buyers now represent 10.5% of sales, according to Registradores.

“Latest data from Valencia suggests that next year will be fairly flat and even with some price corrections. We might then see a better balance between demand and supply of property and a steadier market with regards to price and transactions. Lucas Fox Valencia will be growing its New Developments department offering a range of different services to promotors. With regards to our core business of sales, we’ll be focusing on sales to international clients, particularly the sale of exclusive luxury homes, our specialism.”

Prices went up significantly during 2018 in the province of Málaga – by 11% at the end of Q4 2018 compared to the end of Q4 2017, according to idealista. The towns of Málaga, Estepona and Benahavís saw some of the most significant prices rises of 15%, 9% and 9% respectively. Transactions went up by 5% and new home sales up by 6% year-on-year from January to November 2018 (INE). The value of sales transactions in the first nine months of the year increased by 19% when compared to the same period in 2017 according to Spain’s Ministry of Development (Fomento).

“With the high level of supply of new projects, dependent upon the level of demand from international buyers, the property market in 2019 may have a tendency to become a buyer’s rather than a seller’s market. The districts of Estepona, Benahavís and Mijas Costa are continuing to see the greatest growth in numbers of new properties due to still ongoing matters of the Marbella PGOU (General Urban Plan). In these areas, homes are better value for money than Marbella and so they have become increasingly popular with buyers. International buyers are looking for value for money, new designs, quality and homes which are environmentally-friendly.”

According to INE, the number of transactions in Girona Province in the period of January to November 2018 increased by 6% when compared to the  same period in 2017. Prime transactions (above €900,000) in the first six months of the year increased by 18% compared to the same period in 2017 (Fomento). The proportion of foreign buyers is high – 27% compared to a national figure of 12% – according to Registradores. Prices in Girona Province rose by a steady 4% year-on-year by the end of 2018 according to idealista. This year the number of inland properties sold by Lucas Fox Costa Brava is expected to equal or even surpass the number of coastal properties sold.

“As long as the quality and supply of property – both new build and resale – can satisfy demand there is no reason why the market shouldn’t continue along this positive trend. The Spanish economy continues to grow, rates are still low and Spain continues to offer a safe and attractive investment option. External factors such as Brexit, its possible impact on the British Pound and the spending power of UK buyers as well as wider implications for the European economy could still play a part in shaping the market in 2019.”

2018 proved to be a challenging year for this popular Balearic island due to, among other factors , the new stringent holiday rental restrictions. Transactions in the Balearics were down 3% in the period from January to November 2018 when compared to the same period in 2017 (INE). Prices were fairly erratic. In Ibiza Town they went down by nearly 2% at the end of Q4 2018 but went up by 12% and 17% in Sant Josep and Santa Eulària des Riu respectively, according to idealista. The proportion of foreign buyers also went down slightly from 30% in Q3 2017 to 28% in Q3 2018, according to Registradores.

“I believe 2019 will be another challenging year for the Ibiza property market. Prices have been consistently rising over the last ten years and have now reached a level which most believe can’t continue. There are a number of New Development projects underway that should come on to the market during the year that will bring a supply of properties in the mid and prime markets, giving the advantage of being able to buy guaranteed high quality properties without legal issues. Due to the new law which obliges a five year wait for New Development properties before being able to obtain a tourist licence, we expect this to impact negatively on the buyers purchasing for investment.”