Jim Hall, 59,  and Sergei  Nikiforov, who is 49, have been travelling to and from Barcelona from Amsterdam for several years to search for their perfect property. Jim was an airline pilot for KLM for nearly 25 years and when they decided to move to Barcelona at the end of 2016 he became captain at Norwegian Airlines on the Boeing 787, flying principally to the US. Sergei is a freelance web designer.  They  finally found their perfect apartment in the desirable Eixample Right district and are currently embarking on a renovation project.

LF: What for you makes Barcelona so special?

JH: A fairly wide range of characteristics make the city a fit for us. Most prominently, after living in the Netherlands for nearly three decades, is the weather. Certainly, it has much more to offer than that. It is really the only Mediterranean city with such a hip and lively vibe. It has the bustle of New York combined with the contrast of a relaxed and pleasure-seeking mentality. This all mixed with a vibrant art and cultural scene forms Barcelona’s magnetism. And we can’t forget the architectural splendour that is literally everywhere to behold.

LF: When did you first visit the city and why?

JH: We both visited the city first at different times, a long time ago. I for a short holiday and my partner to visit a friend.

LF: You were previously based in Amsterdam. How do the two cities compare?

JH: The previously mentioned qualities of culture and lively vibe certainly also apply to Amsterdam. The biggest differences are in scale. Though Amsterdam is thought of by many as being a wild place, the city is really rather calm. Its many tiny streets and canals are intimate. Barcelona, in particular Eixample, is the opposite with its nonstop buzz of traffic where everything seems to be on the move. Still, both cities are excellent places to explore. There are countless new discoveries and surprises around each corner.

LF: After spending time in Barcelona for several years, you finally decided to buy a home. What prompted you to make that move?

JH: This took a while. Though my partner fell immediately in love with Barcelona, I did not. For me, accustomed to the quietness of Amsterdam, I found Barcelona noisy and chaotic. And still do. Though I wasn’t against the idea of the city as a possible future home, I laid down some demands. Most principally that we would have to find an apartment that I liked at least as well as ours in Amsterdam. And one that was quiet. This was a very tall order.

LF: It took you a long time to find your perfect home. What were your specific requirements?

JH: Aside from obvious restrictions, such as fitting within our budget, we wanted a fairly large place – at least 160 square metres. It needed to have enough room for me to have a small woodworking shop (hobby) and be well-located. Also, we both are really interested in architecture. So we wanted a place with plenty of original architectural elements intact – high ceilings, a quiet terrace / large balcony and preferably not needing to be drastically renovated. All these demands resulted in a search of nearly 7 years.

LF: What was it about the Eixample apartment that made you decide that it was ‘the one’?

JH: We nearly didn’t view this apartment. We were already deep in negotiations with the owners of another Eixample property when our agent, Suzanne (van Straaten), called about this one. She had tirelessly been looking for us for years and had a very clear idea what we wanted. Even though she was aware we were in the process of buying something else, she convinced us to have a look. ‘You never know….’. So we looked and were very pleasantly surprised. It had nearly everything we wanted with one major exception. It needed a renovation. The property looked quite impressive at first glance. But on closer inspection to really make it what we wanted it would require more than just a facelift. We decided to continue with the original plan. Just before the signing of the purchase contract the owners changed their minds and withdrew the property from the market. So then we had to decide if we had the stomach for a big project. We did.

LF: You are now embarking on a renovation project. What challenges have you encountered so far?

JH: We are now in the middle of the renovation. As in the past with other properties, we have decided to go all the way. One of the most appealing qualities of this property was the great amount of original detail still present. We are completely rewiring as well as replacing all plumbing and installing central air conditioning and heating. Our goal though is to give the effect that little has been done to the apartment. To preserve the original character as much as possible. This includes removing all lowered ceilings (except in the kitchen and bathrooms), exposing and restoring the extensive Catalan mosaic tile floors and reconfiguring the conservatory / small terrace to its original state. These are all tall orders and we are not easily satisfied. We could never do this without our very capable, cooperative and creative architect and project manager, Marc Monedero. We are really working as a team.

LF: What is the main inspiration behind the new design?

JH: If we get it right the apartment will look like we just freshened up a bit, not that we made a major renovation (the truth). In Amsterdam guests often made the comment of how lucky we were to have had to do so little. In our minds this is the hallmark of a successful renovation.

LF: Where are you sourcing the materials, fixtures and fittings?

JH: Marc, our architect, has many excellent connections here in Barcelona. Also we, with our renovation experience with 3 apartments and an entire canal house in Amsterdam, have quite extensive resources. We, as we have done in the past, are making plenty of use of the high-end English, Dutch and German products with which we are well acquainted. Also, Marc has sourced many excellent local elements. All of it seems to be working very well together. But, of course, the final result will be the proof.

LF: What advice would you give to anyone thinking of relocating to Barcelona from outside of Spain?

JH: When you are as picky as we are and have a very specific wish list, don’t expect the search to be easy. It certainly wasn’t easy or short for us. We are indebted to Suzanne van Straaten from Lucas Fox for her willingness to listen closely to our demands and keep her nose to the ground during our search. Once you’ve found a place, the bureaucracy in Spain / Catalonia is not streamlined or easy. So, be prepared to get help. When all is said and done it will have been quite an adventure.

Below are some images of Jim and Sergei’s unrenovated apartment in Barcelona (watch this space for the renovated version!) 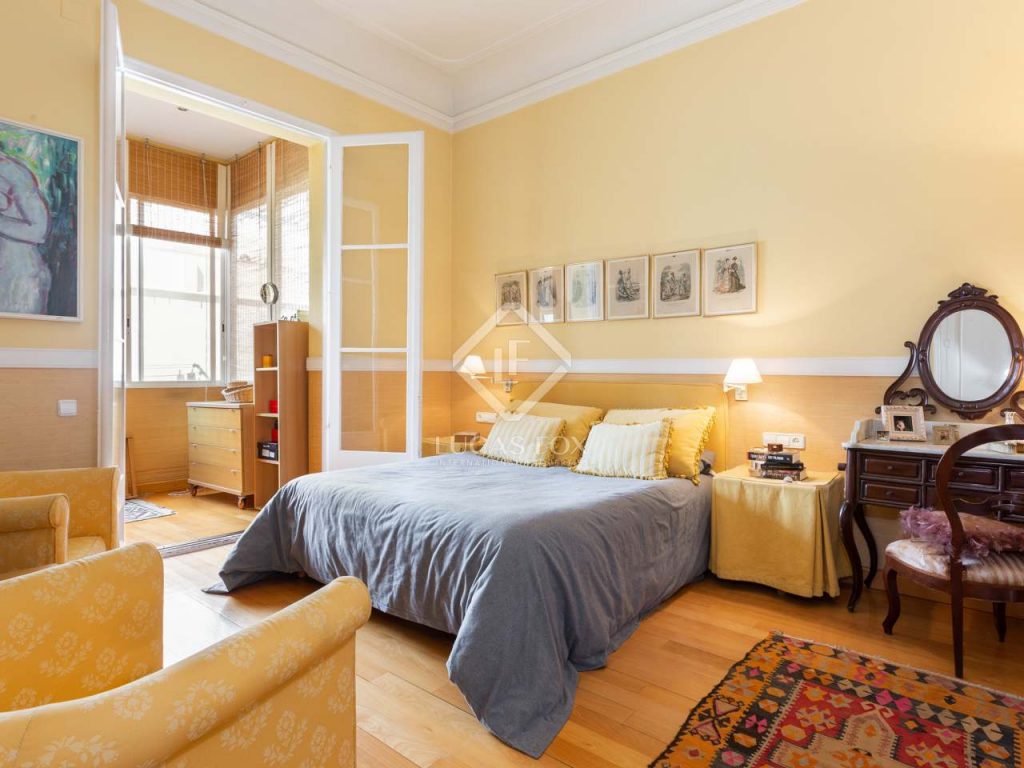 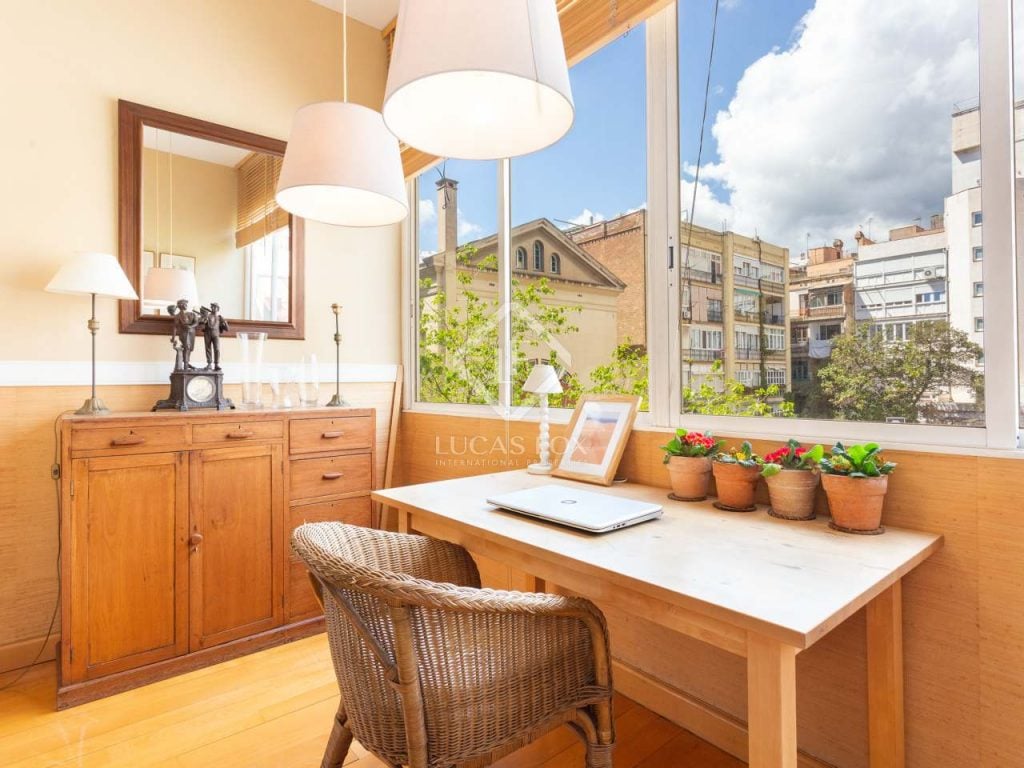 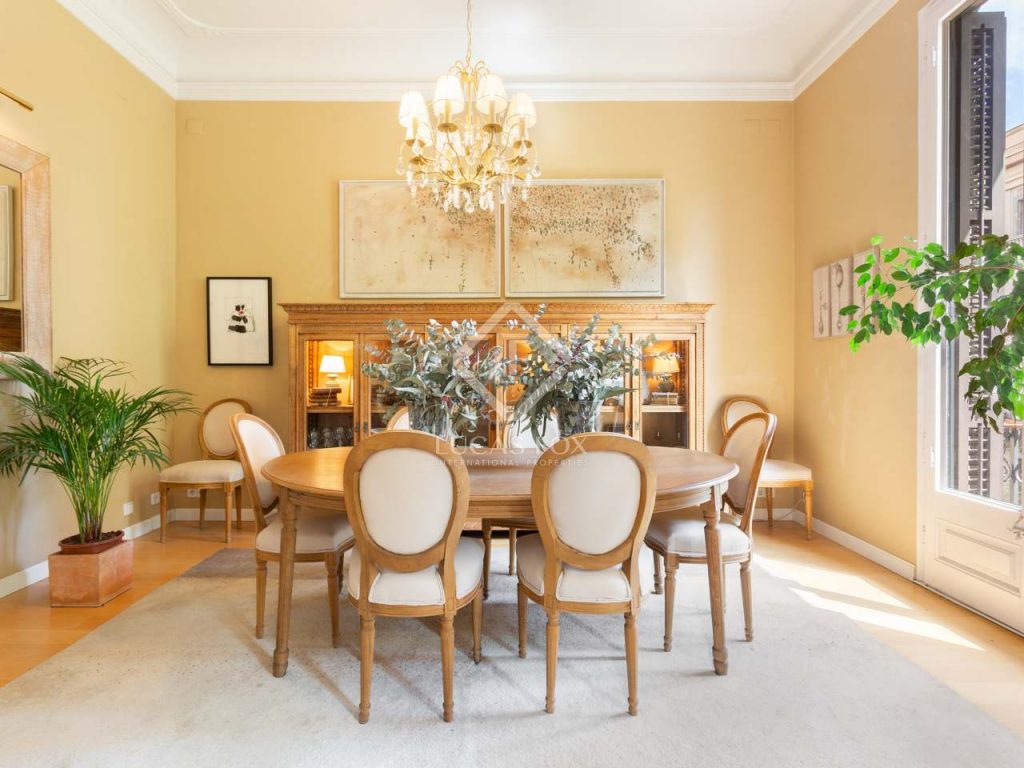 View properties for sale in Barcelona on the Lucas Fox website