Lucas Fox co-founder Alexander Vaughan recently spoke to the Hong Kong based Squarefoot magazine about the Golden Visa scheme, the impact of of Brexit on the Spanish residential property market and why Spain is fast becoming the investment hotspot for 2018 and beyond.

To get to the most obvious: Spain is finally recovering from a few horrible years and then Brexit happened. How much of an impact does that have on Spanish markets, and why/why not?

The initial aftershock of Brexit was felt in the lower end of the Spanish residential property market in areas such as the Costa del Sol and the Costa Blanca, which have traditionally attracted high numbers of UK buyers. The ripple effect is being felt less now in these resort areas and British buyers are almost back to the levels they were pre June 2016.

In the main cities – mainly Madrid and Barcelona – Brexit has actually had a positive effect as some international investors who were putting their money into Bricks and Mortar in London look for alternative locations in which to invest. The London market has become relatively deflated post Brexit but the Spanish property recovery is now well underway. The Spanish Land Registrars Association recently showed that prices increased by 9.39% in the first quarter of 2018 while the official Government index shows valuations up 2.7%. The data from the registrars also indicates that prices have risen 26% since they bottomed out at the end of 2014, but are still down 18% compared to the peak in 2007, meaning there are still excellent investment opportunities throughout Spain.

Is it possible Spain could become a destination for overseas investors given it’s still EU? Portuguese and Greek property have been quite popular in China because of (eventual) residency permits in some cases. Could that happen with Spain?

This has been happening for a few years now. Under the Spanish ‘Golden Visa’ residency scheme non-EU nationals can get permanent residency including Schengen-area travel in return for certain types of investment, including €500,000 (finance free) or more in real estate. Figures suggest that Barcelona attracts around 50% of Golden Visa investors in Spain, mainly Chinese. Buying a property in Barcelona not only opens the door to a residence permit, it also allows Chinese parents to give their children a good education thanks to the prestigious international schools in the city. As far as areas are concerned, Chinese buyers focus particularly on Barcelona’s Eixample district where there is a mini ‘Chinatown’.

Lucas Fox has established its own division, Residency in Spain (www.residencyinspain.com), which is specifically geared towards non-EU investors looking to make a permanent move to Spain. The first half a million Euros invested has to be mortgage free but anything over that amount can be financed. In the last year we have seen growing interest from Golden Visa applicants as the Spanish economy grows from strength to strength, interest rates continue to stay low, banks are lending again and property prices are still below the peak of 2008 in many areas.

Residential investors from other parts of Europe are picking up according to Knight Frank, which also put Madrid on its “key” cities list in its Global Cities report last year. Is interest starting to come from farther away – Hong Kong, Singapore, Japan and so on – at all or is the country still under the investment radar?

In the last few years there has been an increasing number of investors looking for opportunities in Spain from outside the UK and EU. Far East investment is beginning to increase as more people visit Spain as tourists and begin to appreciate the lifestyle, culture and high standard of living.

Madrid has become a property investment hub over the last few years. Progressive, continually regenerating with a strong local economy and arguably offering some of the best culture and cuisine in Europe, the Spanish capital has caught the eye of hundreds of investors looking for good capital gains. Average property prices in Madrid city showed an annual increase of 21% at the end of the first quarter of 2018, with prices in the centre rising by 22%. The sought-after districts of Chamartín, Chamberí and Salamanca showed increases of 17%, 17% and 19% respectively. according to the property portal Idealista.

The prime urban locations in Barcelona are Eixample, Barcelona Old Town and the Zona Alta (Turó Park, Sant Gervasi, Sarrià). In Madrid, the key prime areas are Chamberí, Salamanca and Justicia. In Valencia areas such as Eixample, the Old Town and the beach area of Patacona tend to get most demand. For coastal areas prime locations include Begur, Sa Riera, Palamos and Cadaqués in the Costa Brava. On Ibiza, Ibiza Town, Santa Eulalia and San José are constantly in demand but areas in the north are now beginning to attract investors, particularly international families. Palma de Mallorca has some of the most beautiful, exclusive properties to be seen on the Iberian Peninsula whilst prime areas in and around Marbella include La Zagaleta, Nueva Andalucía and Marbella Town. City markets are still on average between 10% and 20% below the peak of 2008 although I think that it is likely that Madrid will be back to parity with prices from the peak by the end of this year. Overall, prime holiday locations did not really dip in the ‘crisis’ and some of the best properties are more expensive than they were in 2008.

Lucas Fox has established an elite division Lucas Fox Prime (www.lfprime.com) to meet the growing demand for luxury homes from overseas investors. We expect this sector of the market to grow as Spain offers some of the most beautiful properties in exceptionally stunning locations, arguably unrivalled elsewhere.

What does the rest of 2018 look like for those key markets? Is Spain good value?

The outlook for these markets is very positive for the rest of 2018 and beyond. The International Monetary Fund has estimated that Spain will be among the most developed countries to grow fastest during 2018. In the medium term, government forecasts point to average growth of 2.5% until 2020, a reduction in the unemployment rate to 11% and attaining budgetary balance within 2 years. Spain smashed all tourism records in 2017, welcoming 82 million visitors and overtaking the United States to become the second most visited country in the world last year (France retains the top spot). We expect that demand for homes will continue to come from both national and international buyers who see Spain as a safe haven compared to many other countries plus prices are still excellent value compared to other leading EU countries.

Below are four examples of new developments for sale in Spain proving popular with Golden Visa applicants: 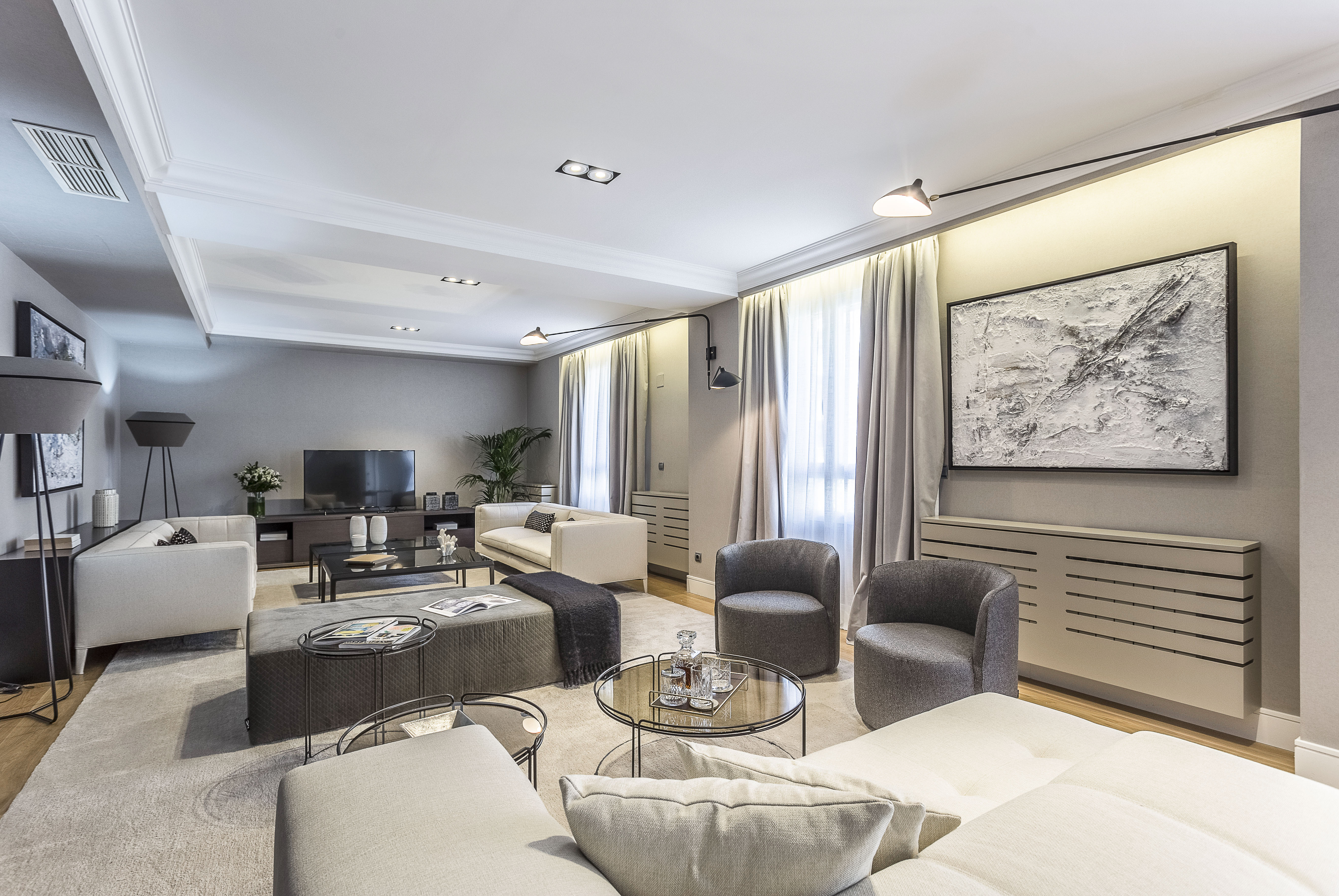 Exceptional homes in Chamberí, one of the most exclusive enclaves of Madrid 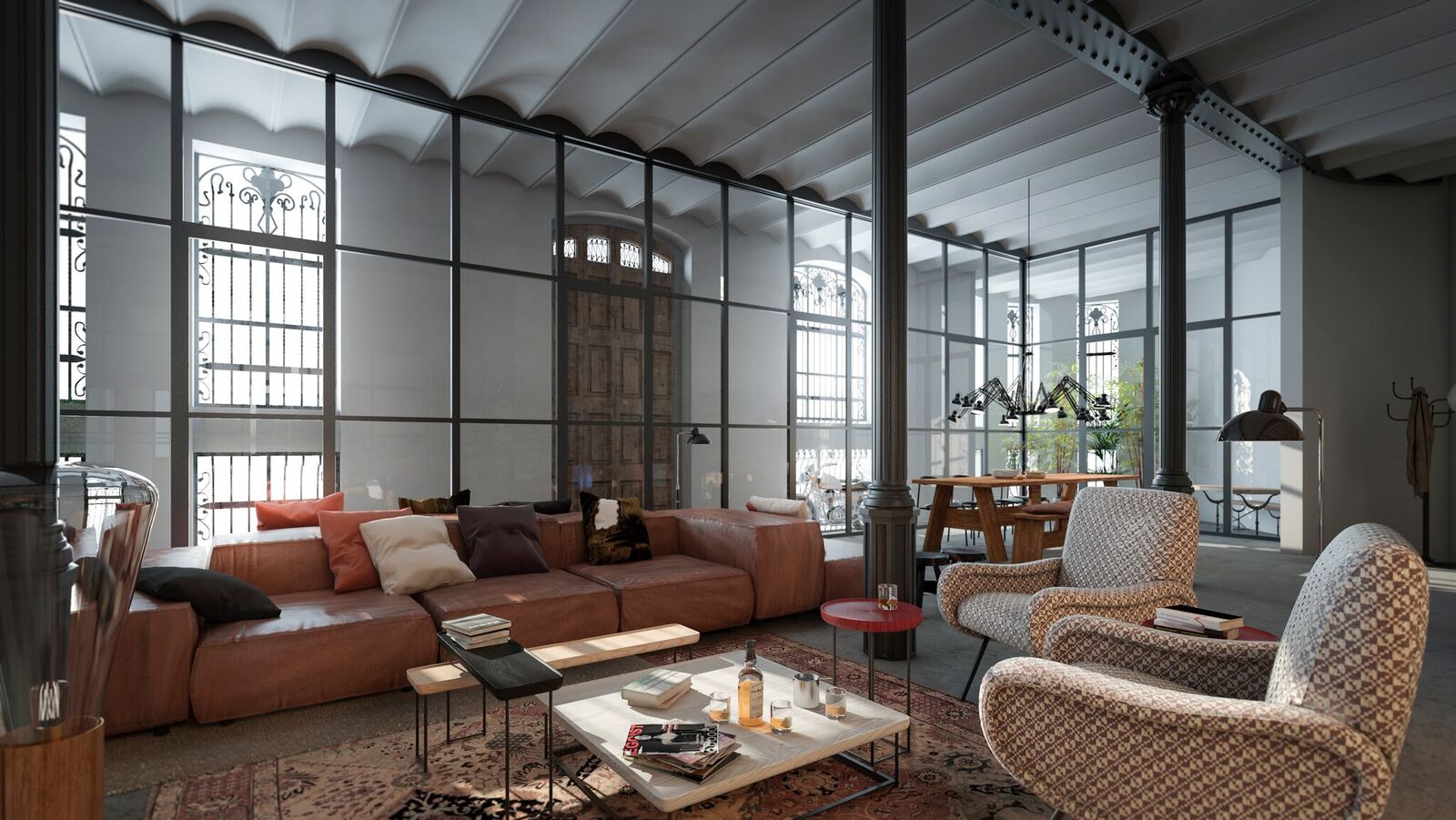