Official figures suggest that the Spanish property recovery is over and investors are eyeing opportunities in Spain’s key cities. We speak to Lucas Fox co-founder Alexander Vaughan on why Barcelona continues to be a property hotspot in 2018 and beyond.

What does an investor need to know about buying property in Spain?

2017 was a key turning point for the Spanish residential property market and has paved the way for 2018 being an opportune moment for investing in property in Spain. After prices bottomed out midway through 2014, 2015 and 2016 saw modest price rises and, by the end of 2017, official figures suggested that the property recovery is finally over. The Lucas Fox  Market Reports for 2017 also reflect this encouraging trend with positive growth in almost every region where the company operates. The property ‘crisis’ between 2008 and 2014 has meant that the sector is more transparent and that the overall level of professionalism and quality of investment product available has improved. Relative to other countries in Europe and further afield, Spain is becoming an increasingly popular choice among investors offering a stable government, strong economic growth, low interest rates, competitive mortgage packages and property prices that are still very attractive compared to the likes of Paris, Berlin or London.

You can read more about the buying process in Spain by taking a look at The Lucas Fox Guide to Buying Property in Spain.

What are the property trends in Barcelona?

During 2017 half of Lucas Fox Barcelona sales were for new or newly renovated homes. There is still strong demand for centrally located ‘lock and leave’ properties, particularly from foreign buyers who tend to prefer ‘ready to move into’ properties that offer good short-term rental yield and long-term capital appreciation. However demand continues to outweigh supply. The areas that have seen most growth are the central residential district of Eixample, Barcelona Old Town and Diagonal Mar on the Barcelona beachfront. We are now also beginning to see more development on the outskirts of the city such as Badalona, a vibrant seaside town which has recently undergone a major regeneration. Areas such as Diagonal Mar have seen significant capital appreciation in the last 10 years or so and we expect other outlying areas such as Badalona and the Maresme Coast to see the same kind of growth over the next few years.

Why is Barcelona an attractive investment option? How does property in the city compare with the rest of Europe, especially in a post-Brexit environment?

Midway through 2014 the property recovery began in prime (central) city districts and now we’re seeing steady price rises along the coast and also in inland rural areas, traditionally the slowest market to pick up following a recession. In 2017 Spain became the world’s second most popular tourism destination, surpassed only by France and overtaking the US, and Catalonia was the most visited region within Spain, making it an obvious and attractive destination to invest in the holiday lettings market. Holiday rental homes are one of the most profitable investment options in Spain thanks to its burgeoning tourist industry.

Falling unemployment, low interest rates and a strong economy have also contributed to the growth in the Barcelona property market, with transactions reaching pre-crisis levels in some prime areas. Prices continue to remain significantly below those of other European cities, offering attractive commercial opportunities for investors, coupled with a lifestyle arguably unrivalled in the rest of the world.

If buyers are looking for a lower risk investment, we suggest they start their search in the central district of Eixample. This upmarket residential area has consistently seen steady growth and suffered less during the crisis.

Developments on the outskirts of the city such as Badalona Beach may be regarded as a more risky option as the area has less track record for new homes sales, but we believe these up-and-coming areas have huge potential for capital growth thanks to its proximity to Barcelona and newly regenerated beachfront. If buyers choose to purchase off-plan at the very early stages of a development, they can often look to gain up to 10% on their asset solely during the construction phase.

In 2017 international buyers accounted for 69% of all Lucas Fox Barcelona sales. US buyers accounted for 11% of all sales (up on 2016) and UK buyers 10%, around the same proportion as in 2016, suggesting that there has been no noticeable impact of the Brexit vote. The other buyers were split mainly between other European countries and the Middle East, who tend to buy to obtain the Golden Visa. The majority (39%) of Lucas Fox Barcelona buyers purchased property for investment purposes, 29% bought as a primary residence and 22% as a secondary residence.

What are the average property prices in Barcelona? Which areas in Barcelona are growing or gaining in popularity and why?

According to the property portal Idealista, the average property price in Barcelona city showed an annual increase of 10% at the end of 2017, ending the fourth quarter on €4,284 per square metre.

The average prices in the districts that are most sought-after by foreign buyers –  the Old Town, Eixample, Les Corts and Sarrià-Sant Gervasi – increased by 9%, 8%, 9% and 8% respectively. Areas such as Sants and Horta are currently showing very positive price growth. 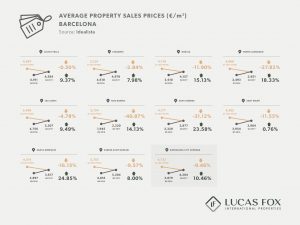 What are the areas of interest to expats working in Barcelona?

Many expats tend to live in the areas of Diagonal Mar along the Barcelona beachfront and then further outside the city, such as in the cosmopolitan town of Sitges and on the Maresme Coast where you can get more for your money. In these coastal towns and villages, which are only 20 to 30 minutes from the centre of Barcelona, you can find a 5-bedroom house with a pool and garden for the price of a 2-bedroom apartment in Eixample. Not surprisingly these locations have become very popular with international families who require more space and also appreciate the outdoor lifestyle, sporting activities on offer and proximity to pristine beaches and good local and international schools. These outlying areas have also seen significant price rises and greater movement in the market in the last 2 to 3 years and offer interesting investment opportunities.

The most expensive district of Barcelona continues to be the Zona Alta including the areas of Pedralbes, Sarrià and Turó Park, which are centrally located but have a ‘village’ feel. These areas are popular among internaitonal families thanks to the proximity to international schools and easy access into central Barcelona.

How has Spain’s Golden Visa residence programme impacted sales of property in Barcelona?

Barcelona accounts for almost half of the Spanish residence permits issued, so here the programme’s influence is more significant. Recent data suggests that between 2013 and 2016 almost 42,000 transactions involving residential property were closed in Barcelona, and over 6,000 of them were registered to international investors, accounting for about 15% of foreign buyers here.

Below are a selection of Lucas Fox’s most exciting investment properties in Barcelona:

Modern, minimalistic New Development for sale in Les Cortes, Barcelona, with parking and a communal pool

1, 2 and 3-bedroom properties for sale in a New Development in El Gòtic 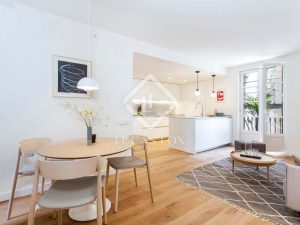 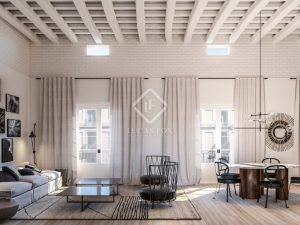 1, 2 and 3-bedroom apartments with terraces for sale in Diagonal Mar

New Development of 45 apartments for sale in Eixample Left 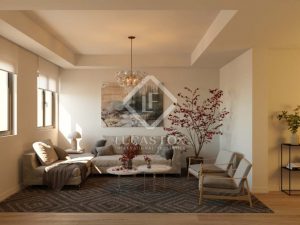 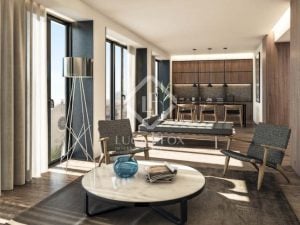 New Development of excellent 1, 2 and 3-bedroom beachfront apartments for sale in Badalona 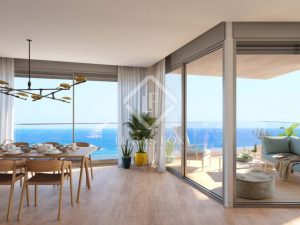