Latest market analysis from Lucas Fox suggests that demand for Spanish property continues to rise. In the first three quarters of 2017, the number of Lucas Fox sales increased by just over 50% across all its regions, most notably in Madrid (70%) and Barcelona city (38%) as well as in Valencia and Sitges, which saw sales grow by more than 100% in the first nine months of this year compared to the same period in 2016.

65% of Lucas Fox buyers were foreign with British and French buyers accounting for 18% of sales. Sales to US and Canadian investors have continued an upward trend, and now represent 8% of all Lucas Fox sales. 31% of Lucas Fox buyers purchased a secondary residence, 30% bought as an investment and those seeking a primary residence accounted for 26% of sales in Q1-Q3 2017. Recent figures from the Association of Spanish Registrars show that foreign demand for Spanish property rose by 11.6% in Q3 2017 and currently represent 12.9% of the Spanish housing market.

Lucas Fox has also released its figures for October 2017, which suggest that the knock-on effect of the Catalan referendum has so far not had a major impact on the property market in the region. Lucas Fox Barcelona registered an increase in sales of 27% in October 2017 compared to the same month last year. Levels of interest in other major cities such as Madrid and Valencia also increased significantly in October, with enquiries up by 13% and 15% respectively.

“Our third quarter results make for extremely encouraging reading,” comments Lucas Fox co-founder Alexander Vaughan. “In central Madrid and Barcelona city the property market is buoyant and we believe there will be further growth in pricing and the number of transactions the coming years. In Catalonia, following the events of 1st October we saw a temporary dip in the level of enquiries from national and international buyers but these have already recovered to 2016 levels. Some investment buyers in Barcelona city are choosing to put their purchase on hold until after the elections on 21st December but we are continuing to close high end deals with national and international clients. To date there has been no impact on closing prices. We believe that the most likely outcome will be a renegotiation of  the conditions of Catalonia’s financial autonomy and that the market in Barcelona city property market will soon recover to pre referendum levels. In the sought-after coastal areas of Catalonia such as Maresme, Sitges and the Costa Brava we are having an exceptional last quarter, significantly up on the same period in 2016.” 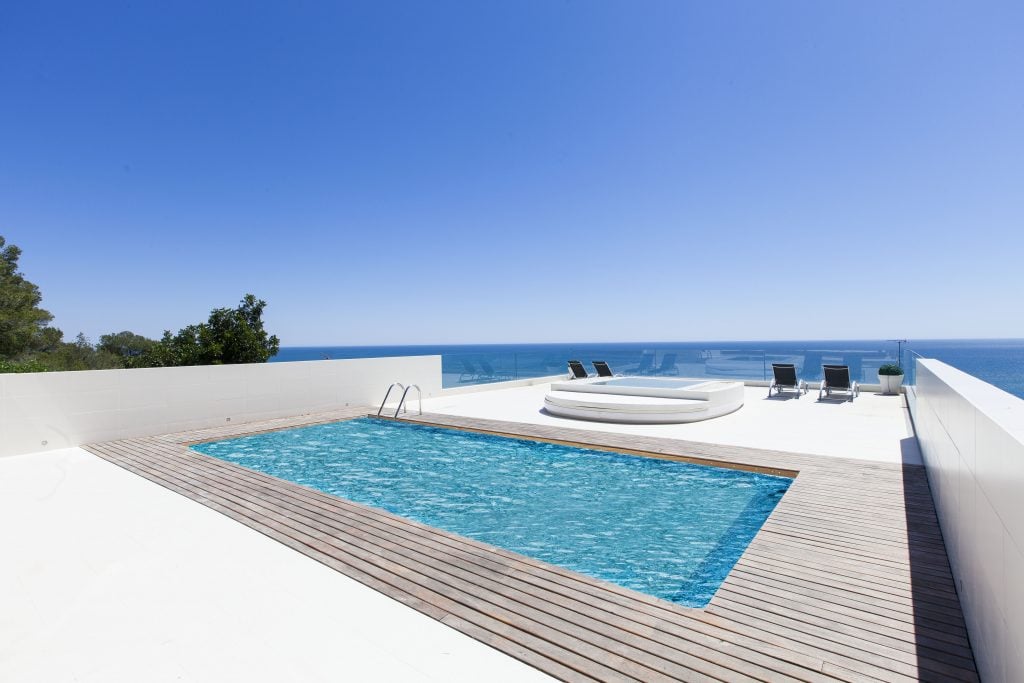 Third quarter results from the leading Spanish agency also show that the average price of a prime property has risen significantly – from €709,111 in September 2016 to €802,000 in September 2017, an increase of 13% year-on-year.

“During 2017, Lucas Fox has been focusing on listing and selling homes in ultra prime city districts such as Salamanca in Madrid and Turó Park in Barcelona,” Mr Vaughan continues. “This, coupled with significant price rises in prime districts has meant that we have seen the overall value of our sales increase substantially compared to last year.”

In Barcelona and Madrid, Lucas Fox has continued to register strong demand for new homes in the first three quarters of the year. Sales rose by 30% in Barcelona compared to the same period in 2016. In Barcelona, national buyers accounted for just over a third of sales of these turnkey homes and in Madrid 47% of all sales were new homes, half of which were to national buyers and 38% to Latin American buyers.

“The Spanish new build sector has been the big success story of 2017 so far,” says Rod Jamieson, Head of Operations & Sales at Lucas Fox. “Compared to most Northern European cities, new homes in Spanish cities continue to offer good value for money with prices for prime city centre developments starting from around €6,000 per square metre in Madrid and Barcelona. The investment potential and lifestyle advantages are continuing to attract international buyers from around the world and national buyers are also increasingly keen to buy now before prices rise further.”

Earlier this month Lucas Fox launched its Affiliate Programme with the intention of opening Property Lounges in a further 50 locations by 2020. One of the strategies is targeting desirable Spanish locations which have so far been relatively untapped on an international level but offer huge potential, such as the cities of Málaga and Seville, the Basque Country and Galicia.