Leading luxury real estate agency Lucas Fox has launched a bespoke Affiliate Programme which will see the company’s presence expand significantly throughout Spain over the next three years.

Up to 50 new Property Lounges are set to open by the end of 2020 in key locations throughout Spain with the first launching in Gavà Mar near Barcelona at the end of this month and others planned for Madrid surroundings, Andorra and Sant Cugat (Barcelona) by the end of the year. The agency is also considering markets such as the Basque country, Galicia and Seville, which have been relatively untapped on an international level but offer good potential.

The Lucas Fox Affliliate Programme is based on a conversion franchising model targeting pre-existing, independently-owned agencies. To become part of the programme, potential Affiliates will need to adhere to strict criteria including their positioning in the real estate market (medium to high-end), their professionalism, business practice and customer service.

“This is a proven business model which reflects the company’s dedication to evolve within the rapidly expanding Spanish property market,” explains Michael DiCarpio who heads up the new venture at Lucas Fox and was previously Head of Business Development at Coldwell Banker. “We are looking for best-in-class agencies in Spain’s most desirable areas. As one of the leaders in home sales to international clients and having created one of the most recognisable brands in Spain’s real estate sector, Lucas Fox has the expertise, marketing capability and infrastructure to grow these relatively untapped markets and attract more international investors.”

DiCarpio goes on to say that, over the past 5 years, the company has been repeatedly approached by real estate agencies interested in becoming part of Lucas Fox and that the company’s recent strong sales track record coupled with increased positivity in the Spanish property market as a whole means that the timing is right to launch the scheme.

“We see our Affiliates as ambitious real estate companies that fit well within the Lucas Fox culture and wish to be closely associated with a leading established brand,” adds Lucas fox co-founder Stijn Teeuwen. “Affliliates will benefit from our far-reaching national and international network, an award-winning digital marketing and international PR team, as well as some of the industry’s most advanced operational, recruiting, training and business development resources. Affliliates will therefore be able to focus on the core business of listing and selling homes whilst enjoying the many advantages of being part of a bigger group. By identifying key industry players nationally, we aim to establish Lucas Fox’s brand as one of the most recognisable and respected in the Spanish real estate industry.” 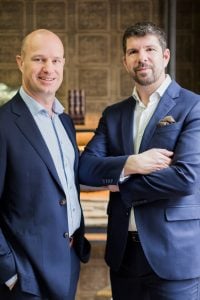 Lucas Fox was established in 2005 and currently operates in 10 desirable Spanish coastal regions and prime city areas and employs more than 150 staff.  The company recently released its third quarter results for 2017 which show that sales across the group increased by just over 50% by the end of September 2017 compared to the same period last year. In the last five years, sales volume has shown an compound annual growth rate of 49%. The average property price across all Lucas Fox regions was €802,000 during the first nine months of 2017, an increase of 13% compared to the same period in 2016.

This year, Lucas Fox was awarded the highest possible accolade for its marketing, earning the title of Best Marketing Real Estate Spain (5 stars) at the prestigious International Property Awards.