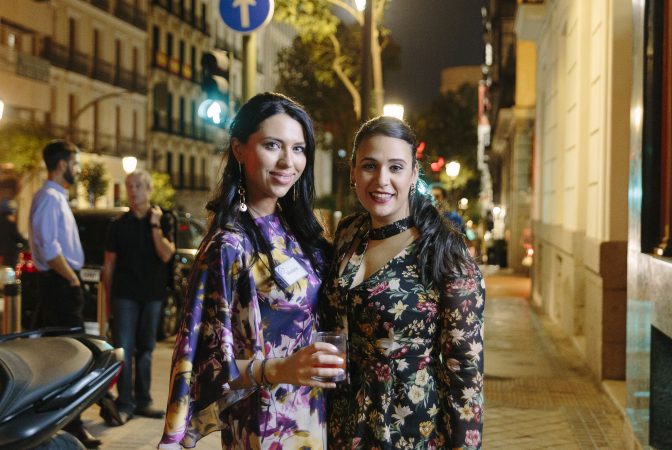 “I have never been to a city where there is less reason to go to bed,” Ernest Hemingway once said of Madrid. A couple of weeks back, despite intentions to the contrary, that was my very own experience. I was in the Spanish capital for the launch of our brand new Property Lounge in Justicia, a vibrant district which incorporates trendy Chueca and an array of enticing bars and restaurants. It would have been rude not to have tried a few of them out, especially when the weather is still balmy enough to have both lunch and dinner al fresco.

There’s arguably never been a better time to invest in Madrid. Spain’s golden capital has become a hub of creativity after emerging from the economic and political turmoil of the past decade, producing an entrepreneurial and innovative crowd. Ageing markets and rundown factories have been transformed into hip haunts and cool shopping outlets and locals (as well as myself) will tell you that the party scene is probably unrivalled in Europe.

When it comes to property prices, they are still relatively low when compared to most Northern European cities but Madrid’s services and infrastructure are arguably as good, if not better. When comparing prices in the most sought-after districts, official statistics suggest that Madrid prices per square metre average less than half of those of Paris or London. Our own market analysis also makes for extremely encouraging reading. Lucas Fox Madrid sales went up by nearly a third year-on-year and investors now account for almost two thirds (62%) of  Madrid buyers. The number of US and UK enquiries is also increasing – up 108% and 57% respectively, possibly as a knock-on effect of Brexit and Trump or possibly because this growing demographic is becoming increasingly aware of the city’s amazing potential.

New homes represented 38% of all Lucas Fox Madrid sales in the first six months of this year and we are confident that these turnkey projects will continue to drive the market – particularly in the city’s most central districts – in the years to come. In the forthcoming months, we are very much looking forward to promoting an exciting new project in Paseo de General Martínez Campos 19, one of the city`s most desirable streets – 27 of some of the most beautifully designed apartments and penthouses you could find in the Spanish capital will be up for grabs. Who’s in?

And here are some of my favourite pics from our Madrid launch:

View properties for sale in Madrid on the Lucas Fox website