“The Turks see Spain as a safe haven for investment given the current political turmoil in Turkey. Meanwhile, following Brexit, a number of international clients who previously invested in the UK are investing in Spanish city homes in order to diversify their funds. With overall growth predicted in the sector, they are taking advantage of the current low property prices and the prospect of healthy capital gains. Foreigners buying homes in Spain are still in line for good returns, at least in the short to medium term.”

Property sales transactions in Barcelona have continued to rise in 2017 with the number of transactions during January and February (for which the latest data is available) totalling 8,880, according to the National Institute of Statistics (INE). This represents an annual growth rate of 23.3% over the same period in 2016.

According to leading property portal Idealista (which bases its figures on asking prices), property prices for all of Barcelona averaged €4,123 per square metre by the end of the first quarter of 2017, up €645 over the average at the end March 2016, showing an annual growth rate of 18.5%.

Continuing recent trends, the more prestigious, luxury districts of Eixample and Zona Alta (Les Corts and Sarrià-Sant Gervasi) ended the year with the highest average prices, at €4,998 and €5,079 per square metre respectively, compared with €4,050 and €4,542 per square metre at the end of March 2016 (showing an increase of 23.4% and 11.8% respectively). 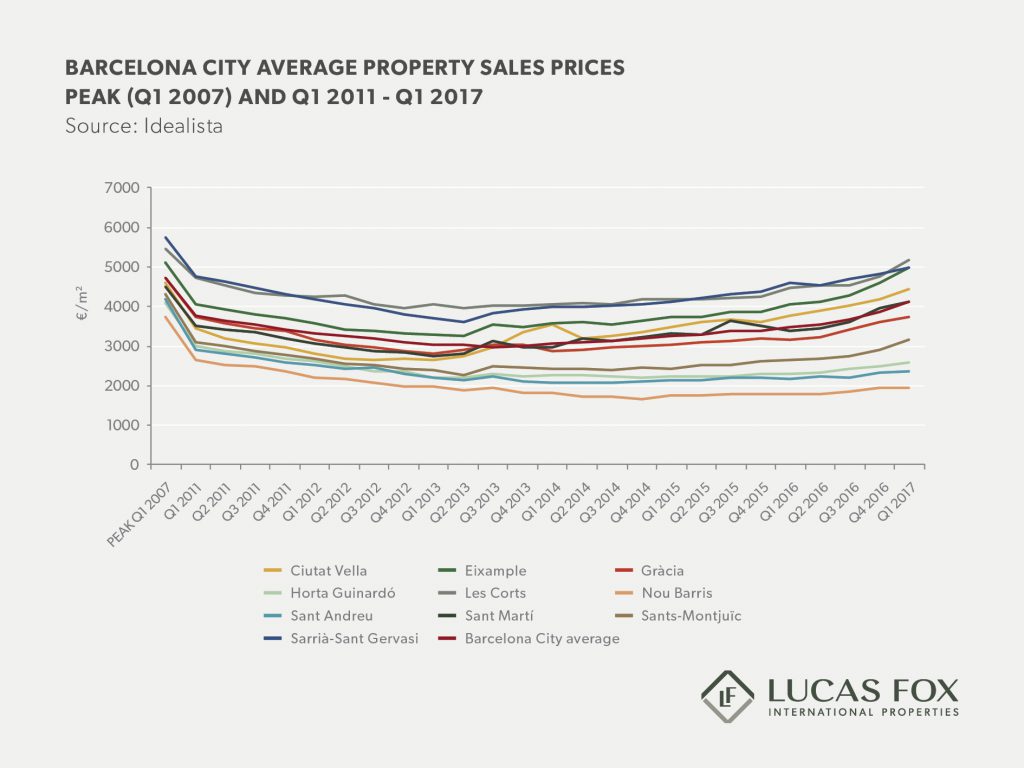 Lucas Fox data also shows a large increase in the number of rental transactions in the first quarter of 2017, recording an annual growth rate of 107% over the same period in 2016.

Almost a third of interest in Barcelona properties on the Lucas Fox website came from Spanish residents in the first quarter of 2017, up from less than a quarter in the same period in 2016. Website visitors from the United Kingdom have decreased from 25.1% to 17.6%, but interest from the United States has remained consistent at almost 10%. European buyers from France and Germany continue to regularly review Barcelona properties on the website. 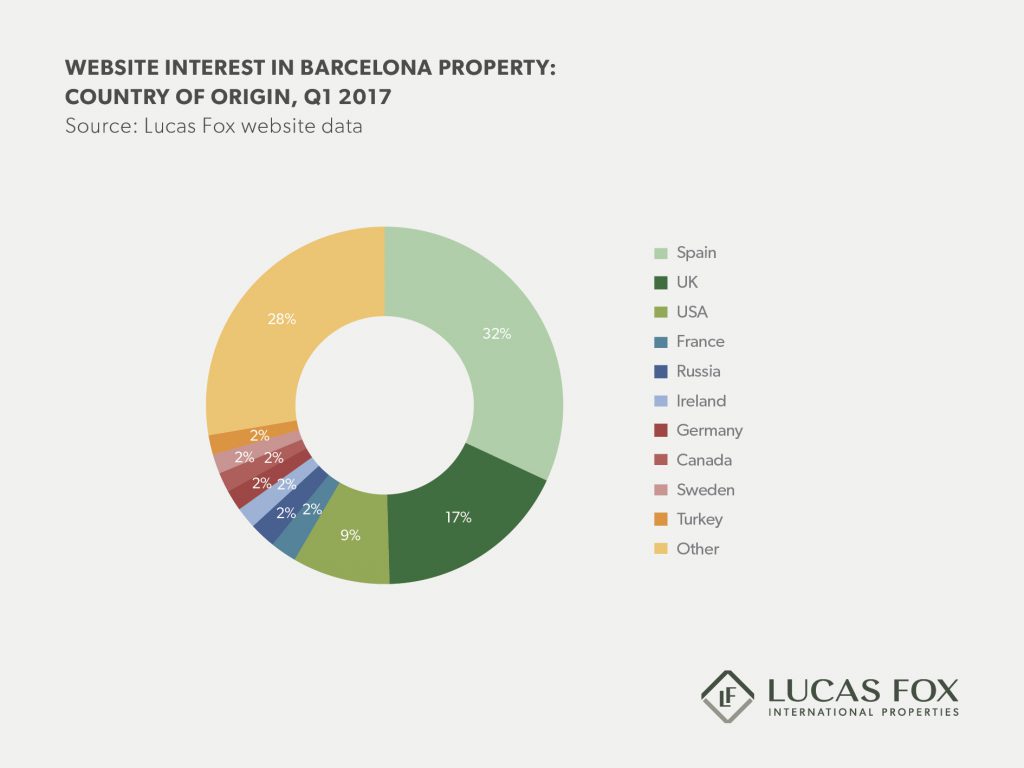 View properties for sale in Barcelona with Lucas Fox