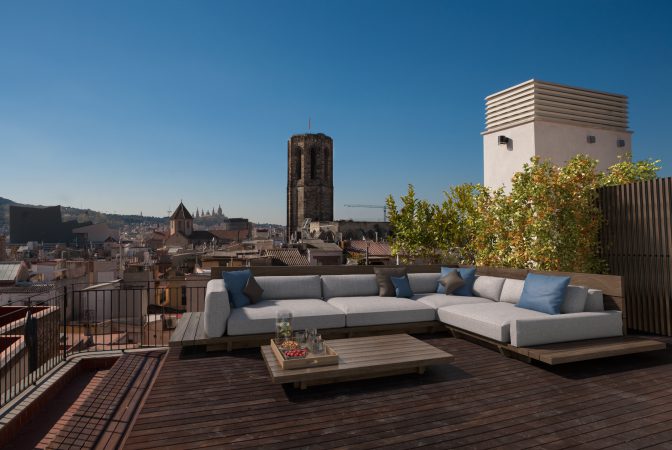 Sales transactions of luxury homes in Spain increased year on year by 31% last year with Barcelona city’s sales increasing by 73%.

According to data from Lucas Fox International Properties, prices increased by 4% year-on-year and a similar trend is expected for 2017. The most sought-after districts such as the Eixample in Barcelona or Chamberí in Madrid where demand is greater than the supply, are expected to experience a bigger price boost.

“The growth of the economy, coupled with low financing costs, good potential for profitability from rents and capital growth will continue to drive sales throughout 2017. This upward trend is not limited only to new build homes, sales of second-hand properties will continue growing in 2017, fuelled by the return of mortgage credit and low interest rates. We are cautiously optimistic about the continuing property market recovery during 2017.”

The total value of new build properties sold by Lucas Fox last year reached €150 million across all its regions with an average price of €720,000. The company expects that these so-called ‘turnkey homes’ will continue to drive the Spanish housing market throughout 2017, particularly in Barcelona where demand is very high.

“This year we foresee the release of approximately 1,000 new build properties in Barcelona, ​​with an estimated value of 400 million Euros. We anticipate an increase in prices of up to two digits in the most sought-after areas of the city centre. In the case of Madrid, we expect a higher volume of transactions for investment purposes, as well as for the Golden Visa. As a result, prices will continue to rise steadily, although they are still between 20% and 30% below the peak of 2008.”

Lucas Fox expects to see an increasing number of international buyers. British citizens who, despite Brexit and fall of the British Pound, continue to account for a fifth of the total market share and are expected to remain the most active international buyers in 2017. The increased interest from buyers from the US and the Middle East, that was already apparent in late 2016, will continue to be a notable trend throughout 2017. Significantly, visits to the Lucas Fox website from the United States increased by 44% during the first three weeks of 2017, compared with the same period last year.