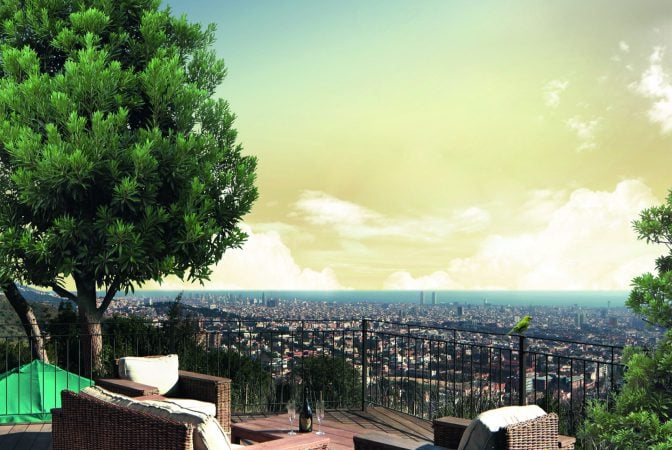 We believe that this year has been a key turning point for the Spanish property market. After property prices bottomed out midway through 2014, 2015 saw modest price rises in prime regions.  The recovery phase has continued throughout 2016, with the main difference being that price increases have not been limited to Barcelona, Madrid and desirable second home destinations. We believe that a growing economy, low financing costs, good potential for rental returns and capital appreciation will continue to drive sales throughout 2017 and beyond.

Brexit has had a noticeable effect on sales of Spanish property by British buyers in the second half of 2016, due to the depreciation of the Pound. Across Spain as a whole, however, Brits still dominate foreign sales with nearly a fifth of the market share, more than double that of French buyers. Diminishing demand for high-end homes in London following Brexit could also see non-EU citizens look to Madrid or Barcelona in the forthcoming months. We also expect that demand for Spanish property from other foreign buyers – including from the US and Middle East – will continue its upward trend throughout 2017.

We’ll see new low cost flights from British Airways and Norwegian Airlines from the US to Barcelona during 2017, a reflection of the growing attraction of cities like Barcelona for Americans, as both a tourist and second home destination.

The Barcelona property market continues to attract investors from all over the world, thanks to its exceptional lifestyle and investment potential. In 2017 we expect New Development project sales to drive the residential property market. We expect prices in the city centre to continue to increase, possibly into double digits. Other larger projects that should come to market in the first half of 2017 are located in the areas of Eixample, Diagonal Mar and Poble Nou. They are all perfect rental investments and will also attract non-European buyers looking to take advantage of the Golden Visa residency scheme as well as lifestyle investors. Our prediction is that sales of these developments will make up a high proportion of the mid-market transactions carried out by foreign buyers. We predict further growth in the national market, more specifically in the desirable Zona Alta district, as the economy recuperates and financing becomes more accessible. We believe that Barcelona, along with Madrid and Valencia will continue to be investment hotspots for years to come and capital gains growth will be consistent throughout.

I believe that the Spanish property market in general will continue to increasingly attract international buyers, whether it be for lifestyle, residency or purely investment. Madrid remains an affordable European capital, easily accessible nationally and internationally that satisfies the investment needs of most potential property buyers whatever their motivation. As time moves on, increasing numbers of nationalities are discovering this exceptional city and want to be part of its growth. In 2017, we expect to see increased demand from Latin America, the US, Northern European countries, the Middle East and Asia. As Spain’s economy recuperates further, national market transactions will also increase for both investment and ‘pied-à-terre’ purposes. Based on the current pipeline of New Development/rehabilitation projects in Madrid, there is reason to be optimistic and we expect to see a higher volume of real estate transactions purely for investment reasons and for buyers wanting to take advantage of the Golden Visa residency scheme. As a result, I expect that prices will continue to increase at a steady rate, which are still between 20-30% lower than the peak of 2008.

Regarding re-sale properties, we forecast a continued upward swing, especially now that the uncertain political situation which prevailed during 2016 has come to an end. The return of mortgage credit and low interest rates will continue to fuel this trend. In 2017 we expect to see the first cranes over the Valencia skyline which signifies the return of new residential developments funded mainly by financial institutions and foreign international funds. Lucas Fox Valencia will continue to grow and, in Spring 2017, it will open its second Property Lounge in the area of Patacona beach, one of the favoured destinations for international clients.

As the national market continues to grow, I think we will see ever greater demand in the traditionally sought-after coastal villages such as Llafranc, Calella de Palafrugell and Begur. Likewise, in prime inland villages such as Torrent, Palau Sator, Peratallada and Ullastret. These are the areas where we are likely to see the first increases when prices begin to rise. Given recent events in the US it is possible that we will see increasing numbers of buyers from the US, some no doubt attracted by the residency visa. Meanwhile, second home buyers from the UK are likely to hold off until there are firm decisions around Article 50 and until Sterling shows signs of stabilising.

I think we will continue to see an increased interest from national buyers and more willingness from owners to adapt their prices to the current market demand. There is an increasing number of New Development homes in and around Sitges especially apartments in the price range of €250,000 to €450,000, which is an indicator of the constant demand for quality properties from both locals and international buyers.

As the national market continues to grow I think we will see even greater movement in the sub €1 million market and we are also likely to see more New Developments springing up in the Maresme area. As the profile of the Maresme Coast region continues to grow it is likely that we will also see even greater interest from overseas buyers as increasing numbers of investors recognise the benefits of the Maresme as an alternative to the more traditional expat areas outside of Barcelona city such as Sitges and Sant Cugat.

An improvement in the political stability of Spain and resolution of the Marbella Town Hall planning issues (with licences being granted again) will again bring confidence back to the market. The increase of new projects is leading to increased competition and developers are increasingly focusing on prices and payment terms and value for money.  We also expect to see re-sale prices coming down, subsequently resulting in some very good deals becoming available, particularly for the larger and second line properties. Finally there are some exciting new major projects due to be launched in the New Year such as the New Port and a New Commercial Centre near to San Pedro, both of which should have a positive impact on the areas closest to them.

Because of the uncertainty over building licences for plots in the countryside, we think that people will show more interest for urban land and re-sale homes during 2017.  We expect to see more German and Dutch buyers and we also expect to get more interest from French clients as the trend during 2016 has suggested. We also hope that the Brits will return after the initial shock of the Brexit vote.