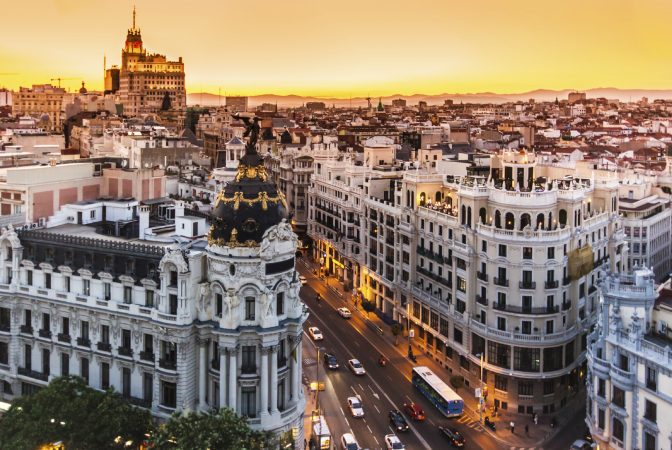 In the last ten days the company has been contacted by a number of British citizens and residents, disillusioned with the referendum result and considering a move to Spain, in particular to the key cities of Madrid, Barcelona and Valencia, where there are job opportunities and the local economy is rapidly recovering.

A report last week claimed that the number of British citizens looking to move abroad had increased by 30% with Spain being the third most sought-after destination after Australia and Canada. Another study by the London School of Economics suggested that around 10% of 18 to 25-year-olds who voted ‘Remain’ are now considering a move abroad.

One such person is Sebastian King, a 22-year-old living in the South of England working in Financial Services. He contacted Lucas Fox just a few days after the result, claiming he felt ‘disconnected’ with the UK following the decision to leave the EU.

I have been looking to move to Valencia for a year or so now but the Brexit result made me want to get a move on. For me Valencia has it all – the climate, it’s exciting, full of history and culture as well as having a beach. Overall, I think Spain has lots of potential and for my business it is an ideal place to expand, thanks to a cheaper workforce. When I compare the UK to Spain I see Brits simply surviving whilst the Spanish are really living.

British buyers currently account for less than 10% of Lucas Fox’s total sales throughout Spain, mainly in resort areas such as Marbella, the Costa Brava and the Balearics. The company has lost a small number of potential offers that were on hold pending the referendum result but say that so far, no accepted offers made before the Brexit vote have been lost.

We feared that the referendum result would impact immediately on pending deals, but this doesn’t seem to have been the case and the increase in enquires from UK buyers and UK-based EU residents looks set to more than compensate sellers. Additionally, we have been offered several interesting properties by British couples who now want to sell up and return to the UK to profit from the weak pound. The high end Spanish property market relies far less on the British than it used to – our buyer profile is diverse and includes French, Dutch, German, Swiss, Swedish, Norwegian, US, Russian, Middle Eastern and Asian buyers to name a few nationalities and buyer groups.

Despite the weakening of the pound, Spanish property is still very attractively priced at 30-35% below the peak of 2007 whilst Spanish banks continue to offer competitive mortgage packages.

I think the effect of the UK leaving the EU will be felt mainly in resort areas, such as the Costa Blanca where there are many British retirees and holiday home owners who have invested in lower-priced properties. I appreciate that it is still early days but we don’t expect it to overly affect our day-to-day business. Spain will always have an appeal for the British even though it may become marginally more expensive for them holidaying or buying here. In the long term, British buyers should still benefit significantly if they buy property in Spain, as sales prices have consolidated and, in prime areas, continue to appreciate. Rental returns are also attractive, with buyers of New Development properties in Spanish cities benefitting from yields in excess of 4%. We are hopeful that we may even see the positive impact of Brexit on the Spanish real estate market. Many non-European buyers have started looking at alternative city locations to London which also have good property investment potential. There is also the prospect of some London-based banks and financial institutions moving their staff from London to Madrid.