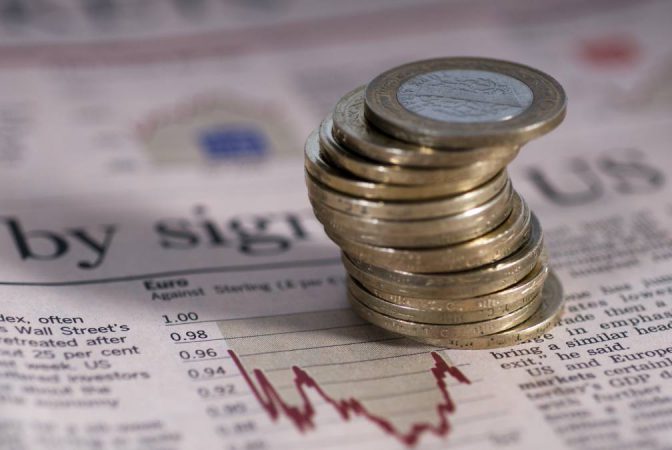 Official data published by the statistics bureau INE has shown that Spain’s economy has expanded at its fastest annual pace since the beginning of the global financial crisis in 2007. The nation’s economy grew by 3.4% from July to September (compared to the same period in 2014), and increased from 3.2% in Q2 of this year.

According to the INE, it is internal demand which is responsible for driving growth, as household spending has increased by 3.5% this year, and investment is up by 6.5% (the fastest increase since the end of 2006).

2015 has seen a 3% rise in government spending, and in July, the government revised its forecast for economic growth from 2.9% to 3.3%. This trend is in keeping with faster creation of jobs (with over 433,000 new jobs in 2014), a reduction in energy costs and lower borrowing.  It is thought that the government will strengthen this progress with a further 600,000 jobs this year.

The data is the strongest indicator thus far that Spain is on track to attain its strongest economic performance in 8 years.

Spain’s constitutional court has unanimously vetoed the Catalan parliament’s motion to swiftly break away from the Spanish state, ruling in record time that the legislation breaches the Spanish constitution.

In early November, separatist MPs in the Catalan parliament voted on making concrete steps on the path to independence from the rest of Spain (and to establish an independent state within 18 months).

Madrid’s central government reacted swiftly and vocally, setting in motion an appeal with Spain’s constitutional to render the resolution void. The legislation was automatically suspended while the court heard the challenge, with the result initially expected to take several months.

In reality, the decision was one of the quickest in the court’s history, coming three weeks after the central government lodged its appeal. It is thought that the tribunal wished to come to a conclusion prior to the start date of the country’s general election campaign, which begins today. The ruling stated that the Catalan parliament’s motion had no legal foundation and the independence resolution “infringes the constitutional rules that say national sovereignty resides with the Spanish people.”

According to data recently published by real estate consultancy CBRE, Barcelona and its wider metropolitan region received more than 1.3 billion euros in real estate investment from January to September 2015.
The key area driving this growth has been office space, with leases increasing 84% this year alone, covering over 300,000m2 (almost double the same period in 2014),  a figure expected to reach 400,000m2 by the end of the year. From January to September of this year, for the first time since records began, Barcelona surpassed the nation’s capital Madrid in the volume of office space leased.

This notable trend also sees many Barcelona based companies moving from the city centre towards trendier commercial areas including Glòries, the 22@ district, Zona Franca or Plaça Europa, where chic contemporary space is becoming the new premium.

Both the hotel sector as well as residential property also saw a noticeable spike which, according to a report from Cushman & Wakefield, sees real estate in Barcelona return to almost pre-crisis levels of growth.  These promising figures indicate the recovery of the property sector in the Catalan capital.

EasyJet have announced that in 2016, passenger volumes in Spain are expected to reach a new record of 13.6 million (an increase of 4%). “Spain is a key market for easyJet, as demonstrated by our sustained growth in the country year after year.” stated Javier Gandara, the airline’s general director in Spain.

The British budget airline have communicated that they expect to have grown 12% in 2015 alone, and the upcoming opening of a new headquarters in Barcelona, set to open next February, will see that Easyjet transports more than 3 million people through the city per year. This will create 120 new jobs including 40 pilots and 80 crew, generating a total of 250 employees in the Catalan capital.

The airline is set to launch a series of new routes, which will run from Barcelona to both Naples and Bordeaux, commencing early in the New Year. Lucas Fox has seen a notable rise in the number of website enquiries from Italian and French clients during 2015, which is set to increase as these direct routes  are put in place.

Good news for budding entrepreneurs in Spain, as both Barcelona and Madrid have been listed among the top 15 start-up cities across Europe by the European Digital City Index, with venture capitalists flocking to the cities’ flourishing start-up scenes.

The index by British charity Nesta (created for the European Digital Forum) rates international cities based on how well they create a supportive environment for digital companies, from local business regulations to readily available financing to the level of specific skills within the workforce.

Both Madrid and Barcelona were commended for their commercial and entrepreneurial environments, encouraged by respective city governments that support fledgling and growing start-ups.

The report stated that Madrid is a “welcoming city with a strong sense of community among its small businesses,”, praising the city’s recent South Summit startup fest, one of the biggest startup networking events in Europe.

The three-day event aims to unite many of Europe’s top innovators with investors, featuring several heavyweights of the international tech world, including Steve Wozniak, who launched Apple alongside with Steve Jobs.

“And the rivalry between these two great cities continues… “

One such start-up is set to revolutionise the retail experience.

Innovative Spanish start-up Glovo was launched in January in Barcelona, before rapidly expanding to Valencia and Madrid.  The Glovo app has been downloaded by more than 20,000 people, growing its customer base by 50 percent from month to month until eventually securing €2 million in funding last week week and is set to expand to further cities across Spain (and certainly beyond) throughout 2016.

Glovo is an on-demand, highly localised delivery service, promising to obtain whatever the user requires within their city of residence, hand delivering it to their door within one hour. Deliveries might range from a favourite dish from a local restaurant, to a party dress spotted in a little known boutique or even a packet of paracetamol from a late night pharmacy – all for a relatively affordable €5.50 fee.

“Our customers order whatever they want, naming the item and the outlet, and we have it there within the hour,” described co-founder Sacha Michaud, a 45-year-old Barcelona resident of Canadian British origin.

Sacha’s partner Oscar studied in the USA, admiring the successful Postmates business model and eventually realising that a similar concept may do particularly well in Spain. Michaud explained that though the idea may not be entirely novel, the emerging business has shown plenty of “get up and go”, to which they might attribute their success thus far.

Following successful start-up models such as Uber (based on a “sharing economy”), Glovo relies on freelancing “couriers” (known as “glovers”), whom choose their own working hours, paying the company 20-30% of their fee in commission. Following the global financial crisis, a great number of people rely on flexible second jobs to supplement their primary source of income, thus the “gloving” business model may prove ideal for many.

Another key reason for the App’s popularity is the recent study by “The App Date”, declaring that Spaniards rank fifth globally for mobile commerce use. Nearly 28 million Spaniards, (of the 46.7 million total population), are active app users, with 3.8 million apps being downloaded daily across the country.

The future of Glovo looks bright, with a number of partnerships on the horizon including specific brands and restaurants. “We plan to build relationships with.partners that fit our boutique, niche, high-end ethos,” said Michaud.

But success relies on swift growth and holding their own in an increasingly competitive field. “There are lots of potential global competitors, Postmates in the US and of course Amazon but also Google Express, Uber Rush, to name a few,” acknowledged Michaud.

“But the key to our success is to carve out our space here in Spain and to move quick.”