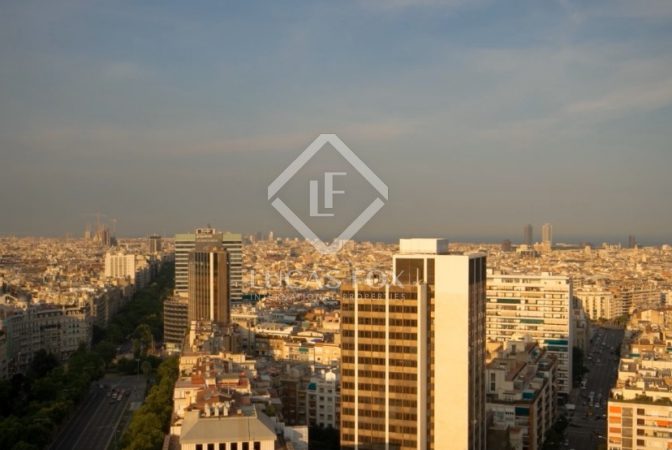 Mariano Rajoy has at last announced the official date that the General Elections will be held – Sunday 20th December. This means that parliament will be dissolved on the 26th October. The Partido Popular has been in power since November 2011, though a recent survey published by Expansion predicts a partial victory without absolute majority. El Mundo discusses the possibility of a new candidate for the PP, though it seems unlikely that there will be a last minute change.

According to research undertaken by Old Mutual Wealth, 18% of Britain’s wealthiest inhabitants would like to visit or live in Spain during their retirement. 19% hope to live in or visit France, 16% the USA and 6% Australia. The survey revealed that more than half of Britain’s wealthiest inhabitants are committed to spending the majority of their retirement abroad. 30% cite better weather as their primary motivation, with 25% stating lifestyle improvements as their leading motive.

Kyero recently published National home sale statistics recording the second best quarter since 2010. Property sales in Spain increased by 13.9% in Q2 of 2015, registering a total of 104,530 transactions, according to figures published last week by the Ministry of Public Works. 12.5% of the total (13,031) transactions related to new-build properties, with 87.5% of the total (or 91,499) representing second home purchases. According to El Economista, the statistics also show that transactions carried out by foreign residents in Spain have consistently increased year-on-year for the 16th quarter in a row – by 17.2%, to 17,307 transactions. The most popular provinces for resident foreigners were Alicante, followed by Malaga, Barcelona and Madrid.

According to The Local, these latest figures show that British buyers are leading the recent upturn in Spain’s foreign property market. In the first half of 2015, foreign buyers purchased 12.7% of all properties sold in the country, with one in five (or 19.8%) being sold to a Brit. With an increasingly strong pound against the euro leading up to the summer months, the second quarter in particular showed signs of an upturn, with buyers drawn by the many lifestyle benefits of Spanish living.

From January to June 2015, Catalunya attracted the most foreign companies and investments, as well as increased sales abroad since records began. Barcelona in particular attracted €1,959,19 million of investment, which tops even pre-recession figures and is almost quadruple the investment seen in the same period during 2014 (when Barcelona was the 9th best metropolis globally and 4th in Europe in terms of the number of jobs generated and new projects being established).

Both El Mundo and Spanish News Today have reported that from January 2016, energy efficient homes in Spain will be eligible for relief on the IBI property tax. Hacienda has revealed that homes and offices with a positive certificado de eficiencia energética will receive exemptions of up to 20% following an energy inspection. The scheme encourages homeowners to take energy saving measures in line with the EU’s long term environmental objectives and should incentivise a range of improvements including reduced monthly energy bills.

On the 27th September, the Catalan election was billed as a de facto referendum on the much-debated independence question, with many speculating on what the outcome would mean for Catalunya’s relationship with the rest of the country. The turnout of 75% was the largest recorded in history.

The Local explains that although pro-independence parties won the most seats in parliament, they failed to secure 50% of the vote (1.9 million out of 4 million votes cast), meaning that the majority of Catalans rejected being independent from Spain. It remains unlikely that an official referendum will be held, and it appears that foreign investors in Catalunya remain unfazed, as a third of all foreign money invested in Spain in the first two quarters of 2015 was spent in Catalunya.

The CEO of Ikea Iberia, Tolga Öncü, has revealed the homeware giant’s plans to double the number of Spanish stores by 2025. The company’s expansion plans will see €1 billion of investment and will create 1,700 direct and 14,000 indirect jobs by 2020. Ikea Spain’s sales last year reached over €1.2 billion, with nearly 40 million visits to the stores. In an interview with Expansion, Öncü emphasised the growth potential in all of Spain, with the organisation’s long term plan to increase access to Ikea stores (within a 1 hour drive) from its current 65% of the population to 80%.

“There is a more optimistic perception of the future and now Spaniards are doing the kind of shopping that had stopped in recent years,” Öncü said. “Spain is a very important market to us and there is a relationship of love between the company and Spain and we see a lot of potential business.”