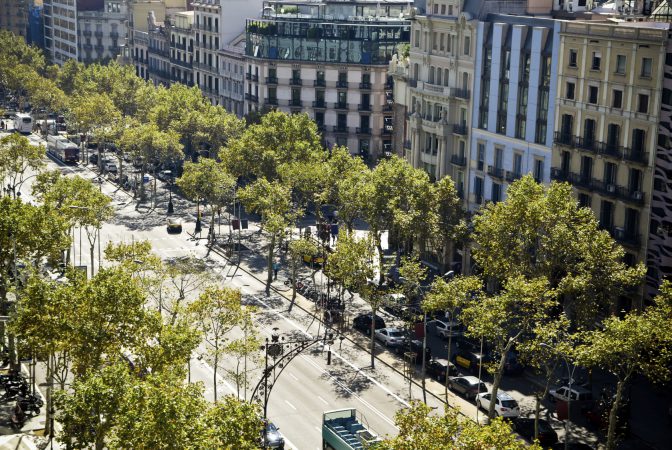 The international financial markets are expected to be a key driver in the uptake of Spanish prime residential property during 2015, according to Lucas Fox International Properties, whose latest market reports have just been published.

During the first few months of 2015, Lucas Fox has already registered an increase in demand from UK, US and Swiss buyers thanks to the rise of the US Dollar, GB Pound and Swiss Franc against the Euro. Conversely, the number of Russian investors is expected to dwindle as the Rouble goes further into free fall.

With unemployment falling, the economy growing faster than predicted and property reaching the bottom, 2015 is set to be a pivotal year for Spain’s property market. Prices are on average 40% below what they were since the start of the crisis in 2007 and we predict a slow and steady recovery. This is an opportune time to invest.

Significant findings in Lucas Fox regions during Q3 and Q4 2014

We see 2015 as the recovery year for the Spanish prime residential property market, driven mainly by increasing numbers of overseas buyers. We expect that those who were deterred by falling prices during the past 7 years or so, will enter the market, enticed by some real opportunities. Prices have fallen by up to 40% in some areas of the city but, in the last 12 months, these prices have stabilised. Some recent figures suggest that in some of the most desirable areas of the city, such as Eixample and the beachfront, prices for the best properties are starting to creep up again. The key change in the Barcelona Residential market during 2015 will be the return of quality, new build residential developments which have not been seen on the market for several years and where demand currently outstrips supply.

Given the worsening economic situation in Russia and the Rouble’s continued struggles against the Euro, the number of Russian buyers will inevitably fall further. On the other hand, the strength of the GB Pound and the likelihood that it will strengthen further against the Euro should attract an ever greater number of British buyers to the market in 2015. Also, since the unpegging of the Swiss Franc against the Euro and its subsequent rise, we have already noticed an increase in the number of Swiss buyers coming into the market. Apart from this, more and more savvy purchasers are taking advantage of cheap mortgages to leverage their properties against a weakening Euro. These factors should help make the market more attractive.  Buyers will inevitably be looking for good deals in 2015, with a focus on reduced priced properties in prime locations.

We have already seen a significant drop in the level of Russian enquiries and viewings during 2015 and this could have an impact on properties at the high end of the market. Below the range of €1.5 million, we expect to see increased interest from Northern European buyers, especially from the UK and Scandinavia. The strength of the GB Pound, the US dollar and the unpegging of the Swiss Franc is likely to attract ever greater numbers of British, American and Swiss buyers looking to take advantage of reduced property prices and favourable exchange rates. We also expect to see greater numbers of enquiries from local buyers as the Spanish economy continues its revival and banks start approving increased numbers of mortgages.

Sitges prices are expected to remain stable throughout 2015 as most owners have already readjusted prices to buyers’ expectations. Recently, we have been getting more enquiries from high budget overseas buyers looking for a range of properties: homes with sea views or close to the town centre remain at the top of the wish list. Buyers tend to request either contemporary or rustic properties but demand is currently outstripping supply.

As far as prices are concerned, we are seeing a slight rise once again. Ibiza remains very much the place to be and is a secure investment destination, with its high return on rentals during the peak summer months. In 2014, we saw a 10% increase of client numbers and expect this upward trend to continue in 2015. The high season seems to be extending as increasing numbers decide to enjoy the island’s lovely winter months. As a result, we are seeing an increase in demand for long-term rentals.. The vast majority of our clients come from the UK, Spain, France and Germany followed by Italy and the Netherlands.

The buzzwords for 2015 are definitely location, design and quality. The market for designer and quality properties in prime locations turned around 1 year ago, with buyer interest picking up and a significant increase in the number of transactions in 2014. This has been particularly noticeable in the luxury sector, resulting in an increasing shortage of good quality, luxury properties available to buy. One of the primary changes that we have observed in 2014 is the profile of our buyers, which has evolved from predominantly retirees to a much more dynamic, younger buyer who is more quality and fashion orientated. Therefore, the average age of buyers has dropped from an older age group to late 40s to 50s, whose focus is on quality, style, accessibility, services, security and privacy.

It is expected that during 2015 prices across the market in Valencia will remain stable as they have done over the last 6 months. In the most sought-after areas of the city a slight rise in prices of between 1% and 3% is expected. Foreign buyers are increasingly looking to buy in Valencia city as the market opens up to a more international clientele and this trend is expected to continue into 2015.

2014 was a year of stability and growth for the property market in Madrid. Following several years of crisis and an important price correction, positive economic indicators brought renewed interest from international investors. Madrid remains one of the most reasonably priced European capitals with a high growth potential. We believe that the market has bottomed out and predict that property prices in Madrid will remain stable during 2015.